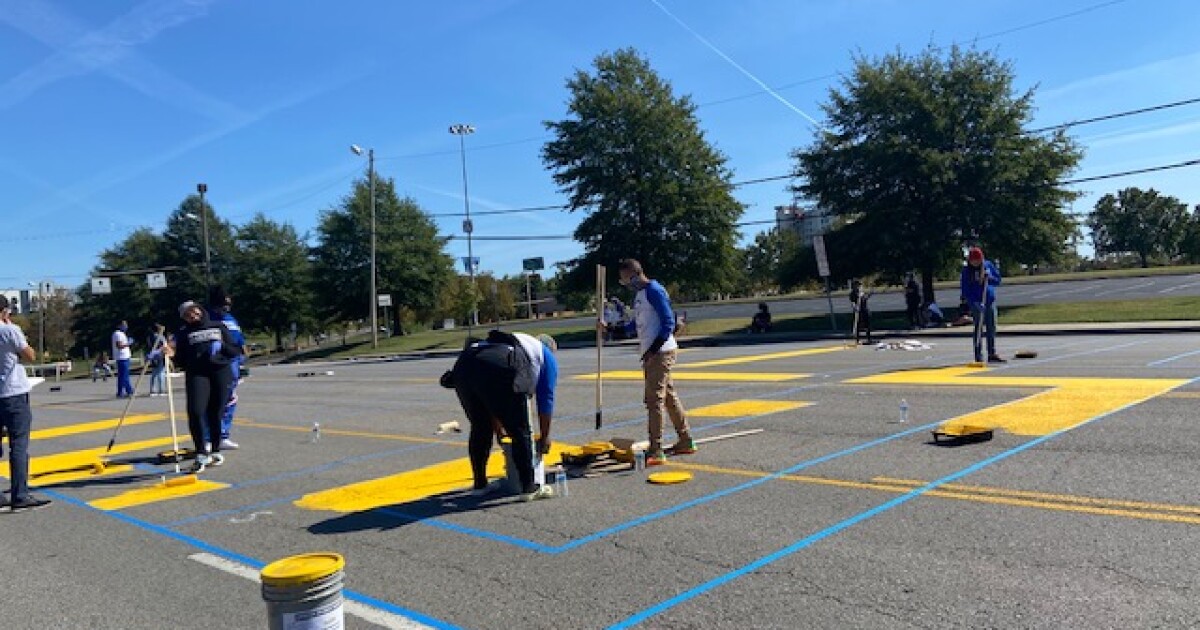 EAST NASHVILLE, Tenn. (WTVF) – This is a painting with a message!

Dozens of volunteers gathered in East Nashville Saturday afternoon to create a Black Lives Matter mural on Woodland Street between North 1st Street and Interstate Drive. It is right next to Nissan Stadium.

Senator Brenda Gilmore said, “He put his neck on George Floyd for about 9 minutes and Mr. Floyd said that I can’t breathe.” It is time for healing, start healing for all of us. ”

You may have seen these “Black Lives Matter” in other big cities like DC, Baltimore and New York City.

Organizers say they are setting up their own by adding other colors instead of just yellow lettering.

It will give a message of solidarity and racial equality.

Former councilman Lude Wallace said, “I was thinking to myself because I’m experiencing a lot of injustice when it comes to the color of your skin but I decided I would never leave.” A commitment we will never give up. We cannot wait until a brother and sister are shot and brutalized and then we return to protest. ”

With the message of racial equality, another important message today is to get out and vote.

Early voting has begun in Tennessee and election day is November 3.

No tax dollars were used for this mural project. One of the major supporters and sponsors is Pittsburgh Plate Glass (PPG). The mural project is self-funded by donations from community members, grants project volunteers applied for gifts from local volunteers, churches and community groups.

Most people should not pay for identity theft protection