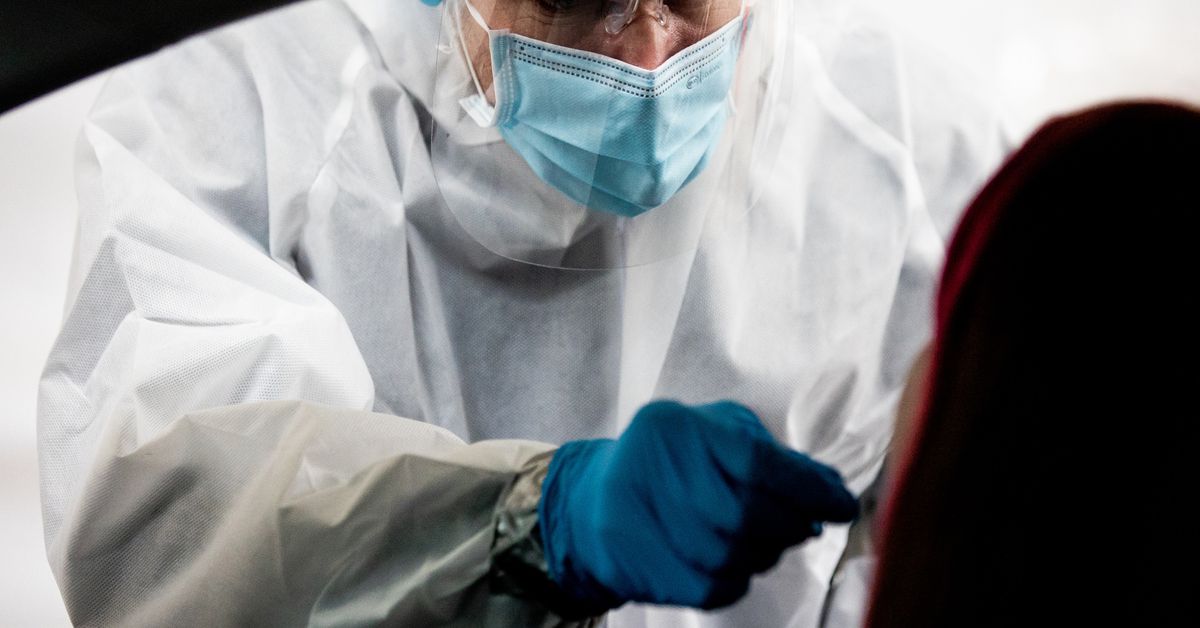 Both RSV and flu are nearly non-existent in Utah and the rest of the country this year, Dr. Andrew Pavia, director of epidemiology at Primary Children’s Hospital, said Monday, as the state reported 338 new cases of COVID-19 and just one. additional death from coronavirus.

Typically, at this time of year, hundreds of infants and young children would be hospitalized in Utah with RSV, as respiratory syncytial virus is commonly known. But so far this winter, there hasn’t been a single admission for the virus at Primary Children’s Hospital, and influenza infections are extremely rare.

Public health measures that were taken to slow the spread of COVID-19, including travel restrictions that accelerate the circulation of seasonal flu, may help explain the slowdown in flu cases, but explain the near-disappearance VRS is not so clear, Pavia said.

“Masking, physical distancing and better hand washing, we have known for years that they can control the flu. Now we are doing this natural experiment where we are controlling it in a really dramatic way, “said Pavia, adding that” RSV is a little more puzzling “because it doesn’t go away in the summer, like the flu.

However, masking helps, as well as keeping children at home during the pandemic, he said.

“But there may be some other things that we don’t fully understand because all of these things could be expected to bring RSV down to low numbers, but it’s practically zero across the country,” Pavia said, adding a theory that has yet to be proven. is that the COVID-19 virus has scared off other viruses, such as RSV.

However, the low case count of RSV and flu does not mean that the respiratory infections are gone.

Pavia said both can affect Utahns a lot, perhaps even during the warmer months.

“It is very likely that when both the flu and RSV have been absent for a while, there are more people completely susceptible to the disease. So when it does come, it spreads more dramatically and we see more severe illness, ”he said, adding that a severe flu season generally follows one that is mild.

RSV relies on more babies “who are completely susceptible” to the virus, Pavía said, so next year there will likely be twice as many babies who have never been exposed. He said Australia, where it is now summer and COVID-19 restrictions have been relaxed, is now seeing a large increase in RSV.

“Our feeling is that it will come roaring back,” the doctor said, noting that RSV affects both older adults and younger children.

COVID-19 cases are declining, but with the 338 new cases reported on Monday they have reached 367,073 since the start of the pandemic last March. Vaccines appear to be helping, with 611,910 doses administered in the state, including 4,353 since Sunday.

The seven-day moving average of positive testing is 760 per day. Another 2,892 Utahns have been tested and 5,931 additional tests have been performed. The seven-day moving average for percentage positivity when multiple tests performed by an individual within 90 days are excluded is 13.3%, or 6% when all tests are included, which is now the preferred method of testing. condition.

There are 237 people hospitalized with the coronavirus in Utah. As the national death toll nears 500,000, Utah has lost 1,853 people to COVID-19 and the latest death was reported Monday, a Wasatch County woman aged 45-64 residing in a facility. long-term care.