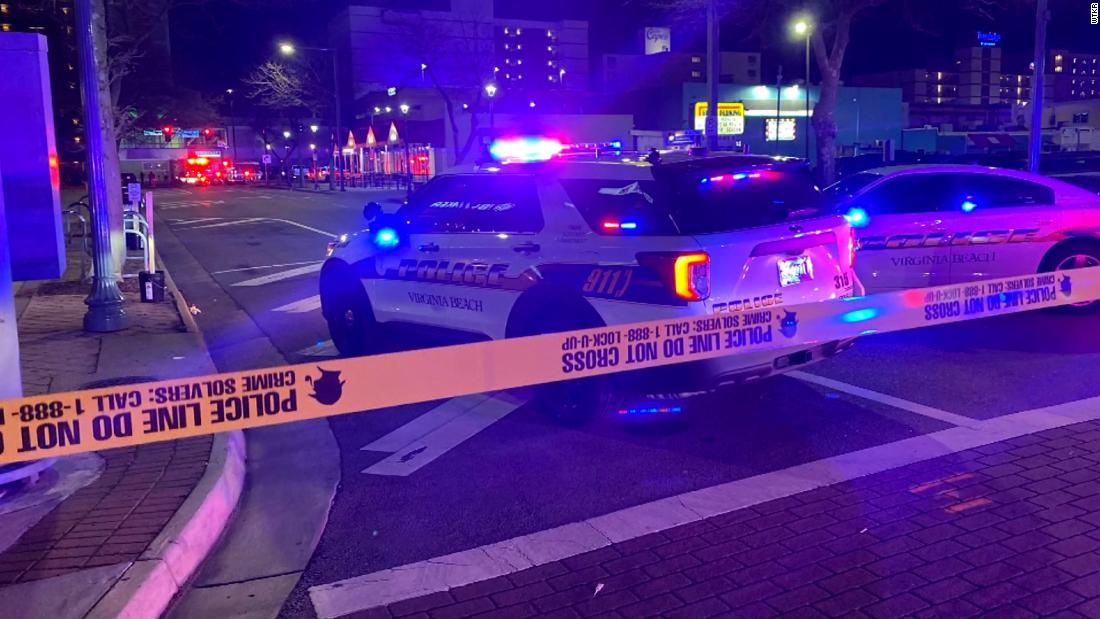 As police investigated the first crime scene, shots were fired a block away near 20th Street and Pacific Avenue, causing “an individual to be confronted by a uniformed Virginia Beach police officer,” Neudigate said. The officer shot and killed the person in what the chief described as a “police intervention shooting.”

A second person was killed in another nearby shooting, Neudigate said. He said police were still trying to determine what happened, but did not believe it was related to the first two shootings.

In addition to the shootings, a Virginia Beach police officer was also taken to a local hospital with non-life threatening injuries after being hit by a car.

No arrests had been made at the time of the briefing, but the chief said that several people had been detained and were in police custody. His involvement was unclear.

During the briefing, the police did not offer the motive for the shooting or provide details about the conditions of the injured.

Representatives from the Commonwealth Attorney’s office were on the scene monitoring the police investigation, according to Neudigate.

Tags says the chief of police - CNN Virginia Beach: Two people were killed and at least eight injured in shooting incidents We