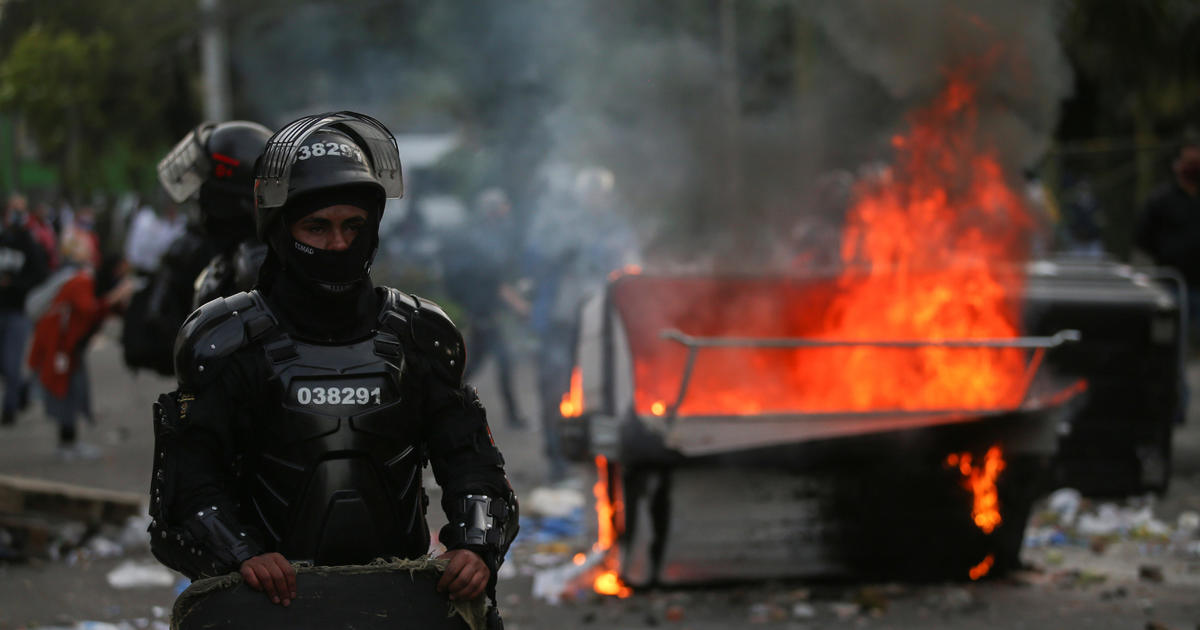 Violent protests erupted in Bogota, Colombia on Wednesday night, killing two people after police killed a stun gun after the death of a Colombian father.

A video of the encounter between the man, Javier Humberto Ordóñez and the two officers has circulated on social media. 46-year-old Ordonz can see the face on the ground as two officers kneel at him and repeatedly use his unconscious guns on him. Ordoñez can be heard saying, “Please, not anymore,” as witnesses urge police to stop. He later died in a local hospital.

Police said the incident occurred in the capital in the early hours of Wednesday when Ordonese was drinking alcohol in the street with others, a violation of social discrimination rules designed to stop the spread of coronovirus. Officials said that the officers have been relieved of their duties during the investigation.

The head of the local police force, Colonel Guillen Alexander Amaya Olmos, said officers were called in to report fights in the street by concerned neighbors and officers arrived to find eight “drunk” people. “They became aggressive,” Amaya told local media. “The police had to subdue them.”

In an interview with Semana Noticias, Juan David Uribe, a man who said he was with Ordonez, called the account “false” and said there was no argument.

The video threw hundreds of protesters into the streets, many of whom clashed with officers outside the police post where Ordoniz was held. Buses and police stations were set on fire and many businesses and vehicles were damaged.

Defense Minister Carlos Holmes Trujillo reported that five of those who died were shot To reporters. He offered a reward for notifying the occupation of “writers of the homeowners”.

Lopez condemned the incident Twitter, Calling it an example of “unacceptable police brutality”, but urged protesters to avoid vandalism and violence. “I am fully aware that we need structural police reform,” Lopez said. “But destroying Bogota is not going to fix the police.”

In an interview with Reuters, Ordóñez’s family called for justice and peaceful protest. “She was murdered by police officers,” said her former sister-in-law, Ileana Marcella Garzon. “We don’t want (death) in an already conflict-ridden country, we want justice.”

Garzon said police reform is needed, especially for children like his nephews. “I don’t want to make them feel that there is no justice in this country,” she said. “I want them to know and obey the law.”