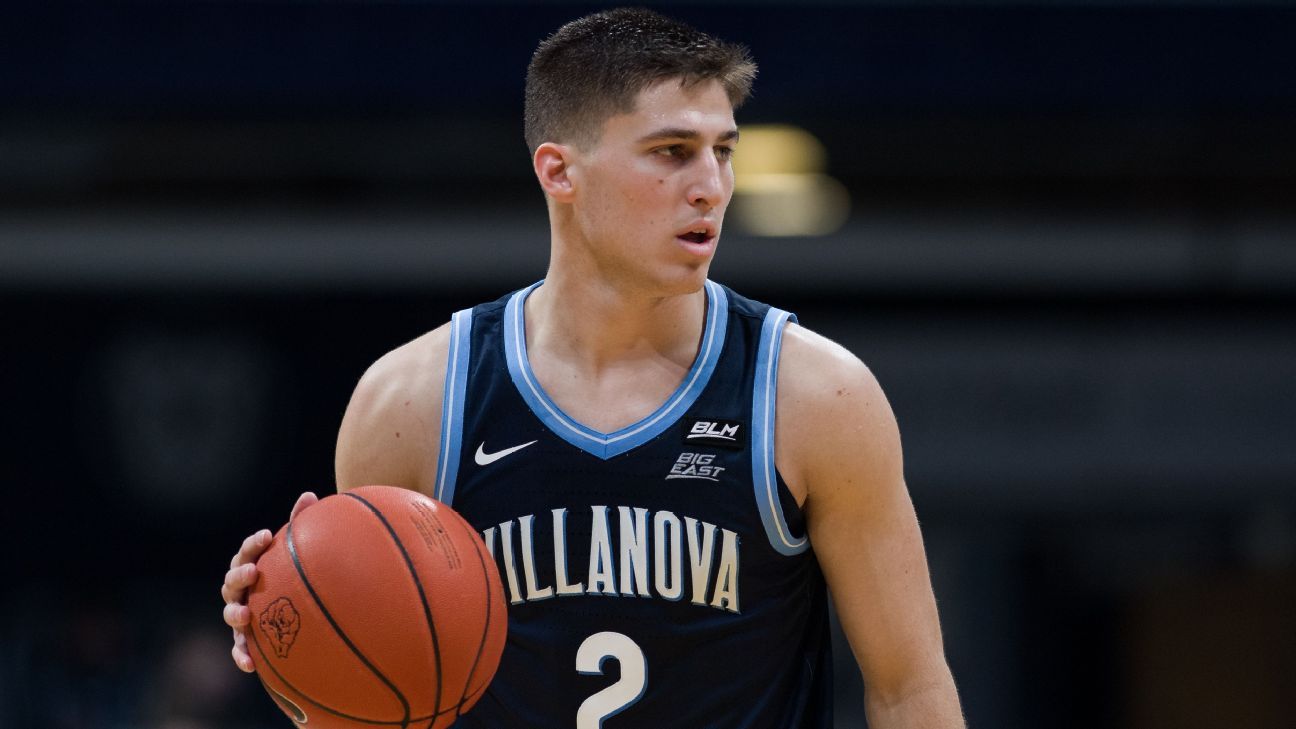 Villanova guard Collin Gillespie suffered an MCL tear in his left knee and is expected to miss the remainder of the men’s basketball season, the school announced Thursday.

Gillespie left Wednesday’s game against Creighton with 6 minutes, 38 seconds remaining in the first half after landing awkwardly and immediately grabbing his left leg. He tried to walk the baseline after the play, but left the bench shortly after and had to be helped to the locker room. Gillespie did not return and coach Jay Wright said after the game it was a “serious” injury.

An MRI on Thursday morning confirmed the MCL tear.

“We are all devastated by Collin,” Wright said. “He is the heart and soul of our program. We know we can’t replace him. We all want to step up and play to honor him. Collin is mentally strong and tough like any player we’ve had here.” . I know he will overcome this and make it a positive for his career. “

Gillespie, a 6-foot-3 senior, was averaging 14.0 points and 4.6 assists this season. He has been Villanova’s starting point guard for the past three seasons after playing a key role from the bench on the Wildcats national championship team in 2018. He was recently named one of the top five finalists for the Bob Cousy Award, honoring the best. of the nation. guard point.

Because the NCAA grants an additional year of eligibility to each winter sports student-athlete, Gillespie is eligible to return to Villanova next season if he so wishes.

Villanova beat Creighton 72-60 on Wednesday night. Brandon Slater filled in for Gillespie in the lineup, while Justin Moore and even big man Jeremiah Robinson-Earl took on more playmaking duties.

The No. 10 Wildcats took the Big East regular season title with their victory over the Bluejays.