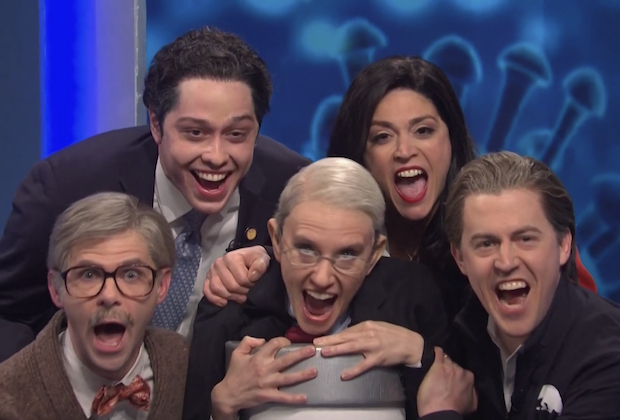 Missing So you think you can dance? Saturday night live has a timely alternative to the Fox reality show.

The late-night sketch series opened this weekend’s episode with So you think you can get the vaccine, presented by Kate McKinnon’s Dr. Anthony Fauci. In an attempt to eliminate confusion regarding the launch of the coronavirus vaccine, the game show parody gave five ordinary Americans (and one extremely unpopular senator) a chance to compete for eligibility.

Among the eager contestants was a Michigan citizen who voted to have Whitmer abducted; a young woman so eager to meet her mystery man that she came (badly) disguised as an old woman to deceive the judges; and Ted Cruz (Aidy Bryant), newcomer to CPAC. In an effort to win over governors, the Texas senator tried his hand at stand-up comedy.

“Sorry if my arms are tired,” he said. “I just got back from Cancun, Mexico … Can you really blame a brother for wanting some sun?”

In the end, the judges made a unanimous decision: the single dose would go to the elderly Seymour Foreman… as long as he knew how to book an appointment online. If not, well … better luck next time!

SNL continued to acknowledge COVID-19 during the opening monologue. First-time host Nick Jonas was joined by McKinnon, Strong, Kenan Thompson, and Beck Bennett for a melodious salute to Broadway, New York City, and all those affected during the pandemic.