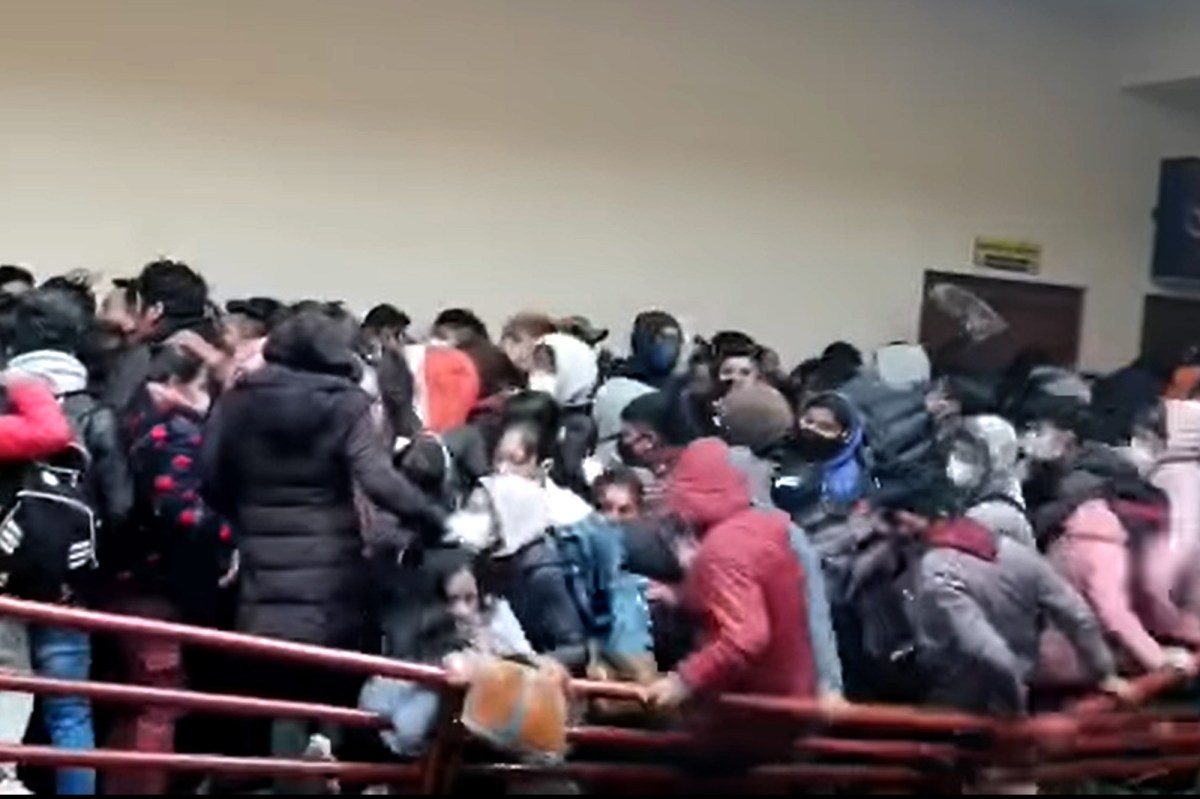 Seven university students died and four were injured during a tragic incident in Bolivia when a railing collapsed and they fell from a fourth-floor balcony.

Wild video of the incident Tuesday showed a mass of El Alto Public University students huddled on the balcony before the railing gave way.

The tragedy occurred in the university’s financial sciences building, when students tried to enter a conference room for an assembly.

The images, obtained by The Sun, also showed a young woman pushing another close to the railing moments before she collapsed.

The general commander of the Bolivian Police, Jhonny Aguilera Montecinos, said on Wednesday that the woman seen in the fight will be questioned as part of the investigation, local media reported.

Montecinos also attributed the cause of death of the victims to “multiple trauma.”

“We regret the tragedy that occurred at the #ElAlto Public University (UPEA), where there were several deaths and injuries,” said Bolivian President Luis Arce. wrote on Twitter.

“Our condolences to the people of El Alto and the families who suffer. We await the prompt clarification of the facts ”.