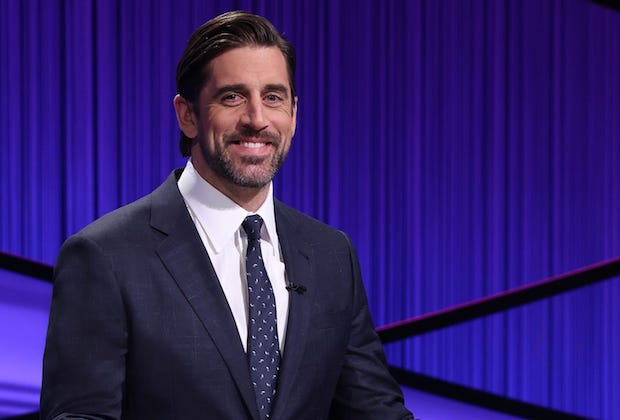 The end Danger! the category is uncomfortable.

Aaron Rodgers is a natural in @Danger hosting. This was really good.

“Oh you know that one huh?” pic.twitter.com/WJs34oTS7e

This isn’t the first time the NFL’s big day job was turned into comedy material during his two weeks as a guest host (ending this Friday). On the occasion of Rodgers’ first show behind the most famous lectern on television last Monday, then-two-day champion Scott Shewfelt used his Final Danger! response to taunt Rodgers about his team’s recent playoff loss. Instead of the correct answer, Shewfelt wrote: “Who wanted to kick that field goal?” (Look at that moment here).

All the ribbing seems to be paying off. Weekend, Danger! The EP Mike Richards (who was once acting host) praised Rodgers’ hosting skills. “Aaron came in so prepared it was amazing,” Richards told The Ringer. “He approached this as if he was analyzing the footage from the game. He watched a ton of episodes and came up with questions like, ‘Now if this happens, how do I handle it?’ And I was like, ‘Well that doesn’t really happen.’ And he said, ‘I saw one! I want to know why I want to be prepared. ‘ He came prepared like an MVP quarterback would for a big game. “

Richards also told NBC Sports that Rodgers’s “second run could be better than the first.”