Vettel apologized for the "disappointing" shock 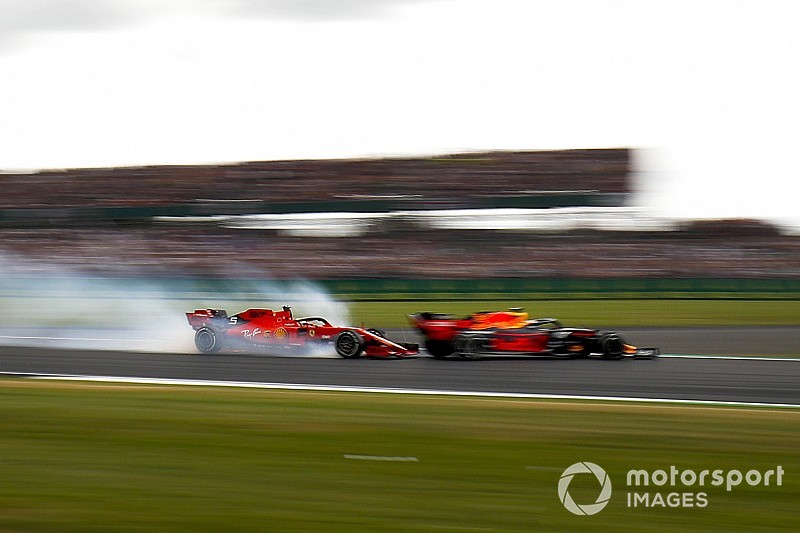 Verstappen had just cleared Vettel in the battle for third place on lap 37 when the German tried to retake the position inside Vale, only to block and hit the defender Verstappen.

The contact relinquished the Red Bull driver to an eventual fifth place, with Vettel leaving the points due to damage and subsequently charging a penalty of 10 places on the grid for his role in the incident.

The cameras showed Vettel approaching Verstappen just after the race was over, with the couple exchanging a handshake.

"I guess he misjudged his braking there, but I already talked to him, he apologized immediately after getting out of the car, and that's it," Verstappen said. "It's disappointing, but you can not change it now."

Vettel had questioned Verstappen's defense on the radio immediately after the collision, but he took responsibility for the crash when he spoke with his Ferrari team after finishing the race.

In explaining his view of the crash to the media, Vettel said: "I thought the interior will open, [but] it did not open It seemed like a second as if it were pulling towards the middle of the track, but then it stayed to the left and then I was too close and I could not avoid the shock. "

When asked his opinion on the sanction he had received, Vettel said: "It's okay, it was my mistake".

The collision spun the Verstappen Red Bull, which led to the launch of the RB15 in the air from the edge of the sausage inside the corner.

Verstappen, who finished nine seconds off the podium, said it was "a bit surprising" that he had not retired on the spot.

"The power steering failed more or less, so it was a pretty tough exercise for me, the seat was raised so it moved a lot," he explained.

"The car was not what it should have been, [so I’m] Still happy to be fifth. "