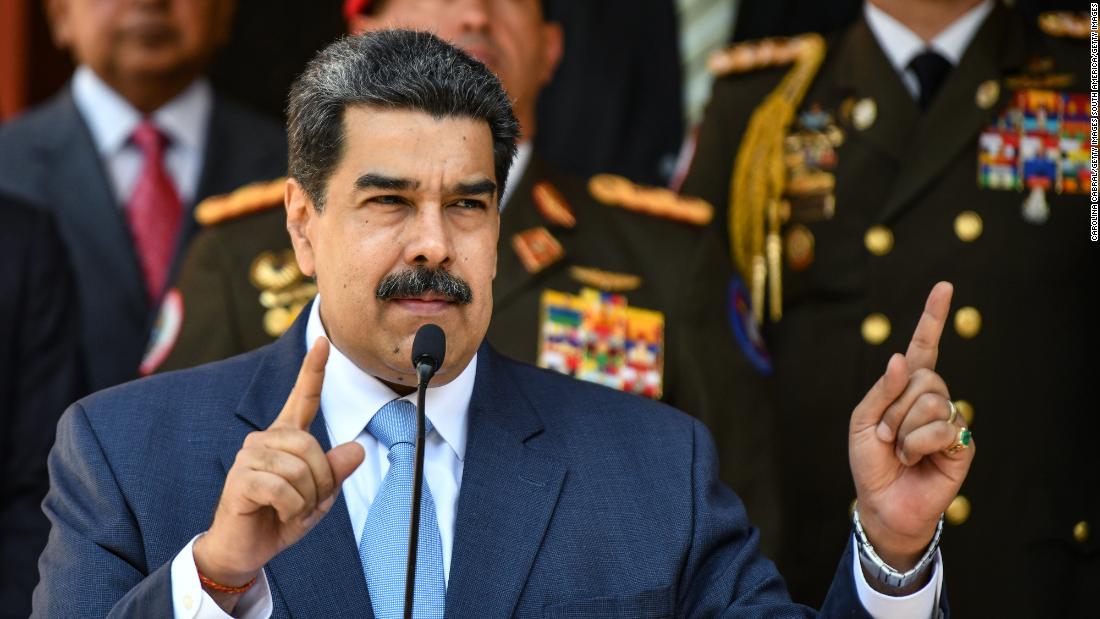 “The mission found reasonable grounds to believe that Venezuelan officials and security forces had planned and planned serious human rights violations since 2014, some of which – including arbitrary killings and systematic use of torture – Amount for crimes against humanity. ” Valinas, President of the United Nations Mission.

“Far from isolated acts, these offenses were coordinated and complied with state policies, with the knowledge or direct support of commanding officers and senior government officials.”

CNN has previously reported on the modus operandi of FAES special forces. Wearing black uniforms and occasionally Halloween-style masks, they appear in large numbers in some of Venezuela’s poorest areas – Barry – and randomly target young men.

According to the UN report, seniors will provide “green light to kill” FAES officers and a FAES training video certified by the UN Mission encourages officers to “kill offenders without compassion”. Officials with the PNB / FAES also told the UN mission that it was common to cover up killings by planting weapons to simulate “confrontation” – a process officials refer to as “sowing seeds”.

“High-ranking officials had effective command and control over criminals and had knowledge of their actions, but failed to prevent or suppress violations,” Marta Vallinas said. “Murder is part of a policy to eliminate unwanted members of society under combating crime.”

The UN report calls for the disruption of FAES and holding those responsible for its actions accountable. On its official Instagram account, FAES has posted repeated disapproval of the news alleging misconduct by the authorities. The account also posts footage of its officers’ arrests and “community services” such as food distribution.

In addition to the additional killings, the UN mission investigated the allegedly politically motivated repression and torture of Venezuelan intelligence agencies, namely the Bolivarian National Intelligence Service (SEBIN) and the Military Counter-Intelligence Department (DGCIM). The UN mission found that SEBIN targeted political dissidents, human rights activists and others to be against the government, while the DGCIM allegedly involved military personnel and concerned civilians in attempts to rebel or coup.

Reportedly, the victims were kept outside the official prison system and the due process was thwarted: they were charged with felony crimes and charged with evidence. Detention often included “cruel, inhumane and degrading treatment,” and a former SEBIN director told the UN mission that “cultural behavior” of torture existed in the intelligence service.

Violence in Venezuela is not limited to state security forces, especially in recent years when the government began to increasingly rely on armed civilian groups – collativos – to help maintain public order. The report found that officers failed to intervene when they were killed by these groups.

“Valliness said,” The violation should stop. And the crime must end. Venezuelan officials must conduct prompt, impartial, independent, impartial and transparent investigations into violations, bring perpetrators to account and provide justice to victims, “Valinas said, for crimes identified by the United Nations Mission For other international bodies such as the International Criminal Court to consider legal action against those responsible. “Victims have to be fully redressed for their harm.”