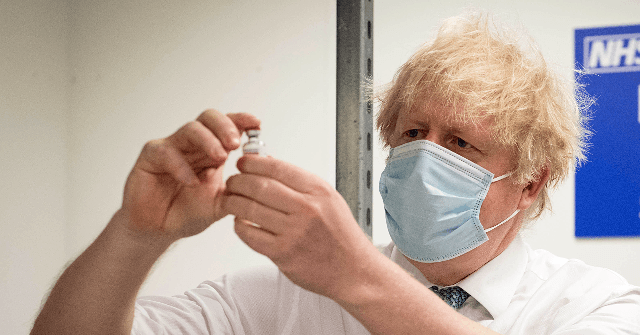 LONDON (AP) – Regulators in the UK and four other countries announced new rules to accelerate the development of modified COVID-19 vaccines to ensure drug manufacturers can act quickly to attack emerging variants of the disease.

“The clear goal is that future vaccine modifications that respond to new coronavirus variants can be made available in the shortest possible time to UK recipients without compromising safety, quality or efficacy,” he said. Dr. June Raine, the agency’s director, said at a briefing for journalists.

The new guideline builds on the model already used to modify the seasonal flu vaccine to keep up with annual changes in the virus and was jointly issued by regulators in the UK, Australia, Canada, Singapore and Switzerland. The US Food and Drug Administration and the European Medicines Agency have published similar guidance.

Under the new rules, developers will need to provide “strong evidence” that modified COVID-19 vaccines produce a strong immune response to the variant, as well as data showing that they are safe and meet quality standards.

This means that developers will need to conduct small-scale trials on a few hundred people, rather than the trials on tens of thousands of people that were required for initial approval, said Dr. Christian Schneider, MHRA’s chief scientific officer.

“I would like to emphasize that to date we have no evidence that vaccines in use in the UK are significantly ineffective,” said Raine.

The announcement comes amid concerns that the virus that causes COVID-19 could mutate to create new variants that are resistant to existing vaccines. The UK has banned direct flights from 33 countries in an effort to prevent variants first discovered in Brazil and South Africa from establishing themselves in Britain.

Vaccine manufacturers have already been developing booster shots to target the new variants.

Moderna said on February 24 that it had submitted a specific vaccine candidate variant to the US National Institutes of Health for review.

The coronavirus pandemic has infected more than 115 million people worldwide and killed at least 2.5 million, according to Johns Hopkins University.