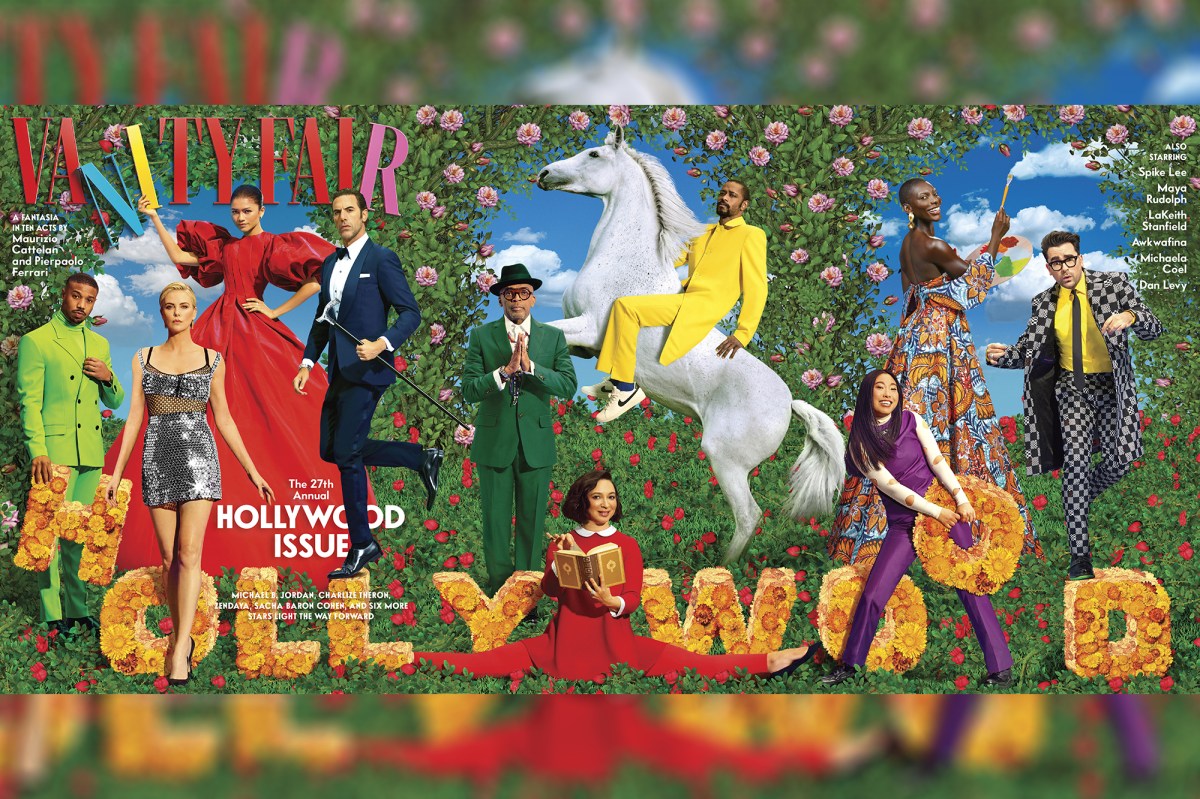 Vanity Fair launched its Hollywood star-studded edition on Tuesday to celebrate Tinseltown’s finest “who propelled storytelling with hope and humanity for a surreal year.”

The Hollywood 2021 portfolio “portrays a magical dreamscape that represents not only that the show must go on, but that there is joy in its continuation,” Vanity Fair said in a press release.

In the issue, which hits newsstands on March 2, the stars “speak frankly about how interpreting this year’s events has become central to their work, and how the transformation the entertainment industry has undergone. it could present an opportunity for more lasting positive change. “

Inside, a photo shows Theron wearing a Richard Quinn coat and boxing gloves as she stands in a boxing ring alongside a roaring bear against a cannon as a backdrop.

Responding to what has angered her the most and what gives her hope about this past year, Theron responded, “It’s hard trying to quantify what, among the horrible events we’ve had in the past year, are the worst.

“They’re all pretty fucking sh-tty,” he continued. “Dealing with a virus and the amount of human losses that we have had, that sucks. The pain and suffering that I’ve seen my friends of color go through during this period … I mean, I hope it’s an awakening. “

The “The Old Guard” actress also referred to the January 6 riot at the US Capitol as “all pretty fucking sad.”

“The only thing that makes me feel like I can think of the glass as half full, instead of half empty, is that I hope that from a lot of this really deep, deep, deep pain and suffering, we come out to realize that we can’t go on like this” , He said.