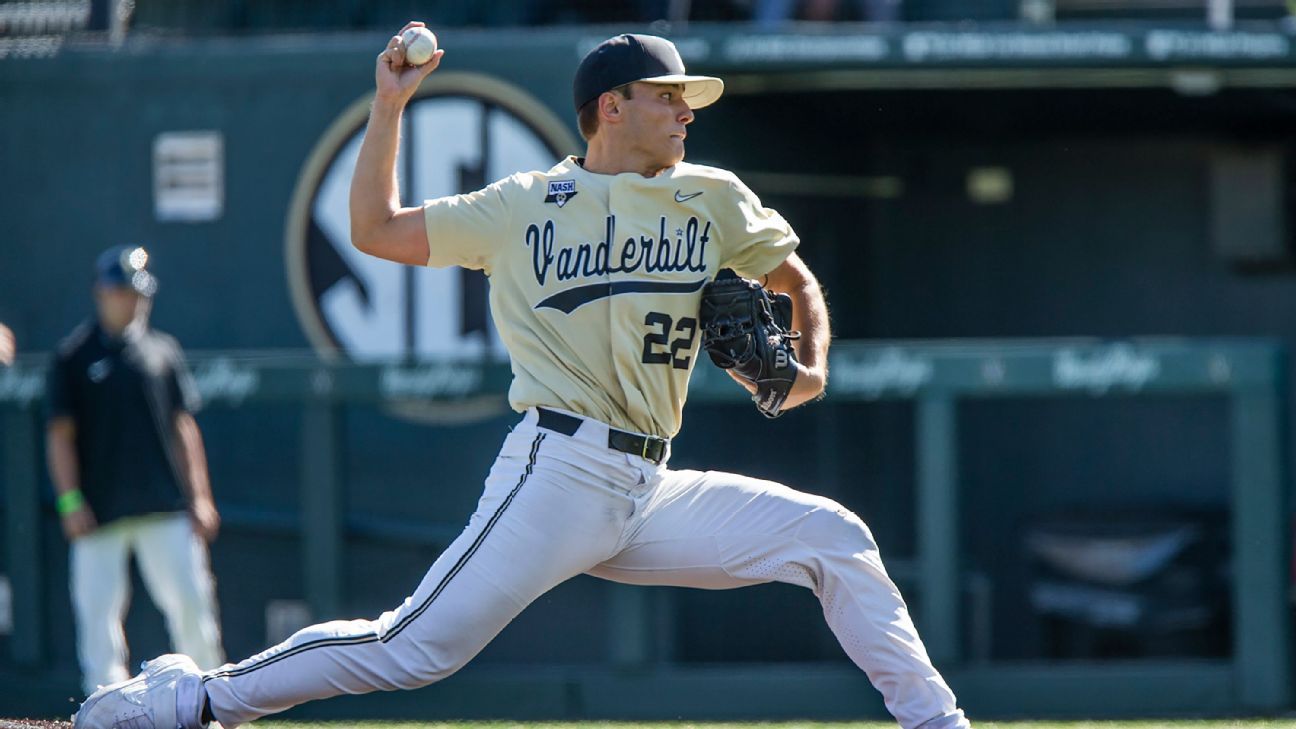 COLUMBIA, Missouri – Jack Leiter is getting used to being tight on the mound and flawless on the scoreboard.

The scary part? Leiter said he didn’t even think he had his “A” material in his last two starts.

“Today I didn’t have all of my pitches where I would like them to be, and I think that’s encouraging for me,” he told SportsCenter on Friday night. “There are always things to work on, and that’s the fun part of pitching.”

The son of former Major League Baseball pitcher Al Leiter is the No. 2 prospect in ESPN’s MLB draft. The sophomore struck out 10 and walked two against Missouri. He hasn’t allowed a hit since allowing two in the fifth inning against Oklahoma State on March 13, a span of 16 2/3 innings.

Leiter said he understood manager Tim Corbin’s decision to remove him on Friday even though he was two innings away from his second straight no-hitter, and described their conversation before the eighth inning as “pretty friendly.”

When asked what Corbin said to him, Leiter told SportsCenter: “It was, ‘Good job, I’m looking out for you long term here, it’s a long season, it’s still early in the season.’ And I fully understood. Of course. that I was tired, you are always tired and you are always looking to go more. I wanted to throw the whole game, of course. But I got it. “

The 20-year-old Leiter struck out 16 in a 5-0 win over South Carolina last week as he retired his last 27 batters after allowing a walk to open the game.

The Pittsburgh Pirates have the top pick in this year’s draft, followed by the Texas Rangers, the Detroit Tigers and the Boston Red Sox.

Leiter’s teammate Kumar Rocker, the son of former NFL defensive lineman Tracy Rocker, is No. 3 in ESPN’s latest MLB draft rankings. The junior right-hander improved to 6-0 with a 0.73 ERA after allowing two runs, one earned, five hits with five strikeouts and two walks in six innings in a 10-2 win over Missouri on Thursday night.