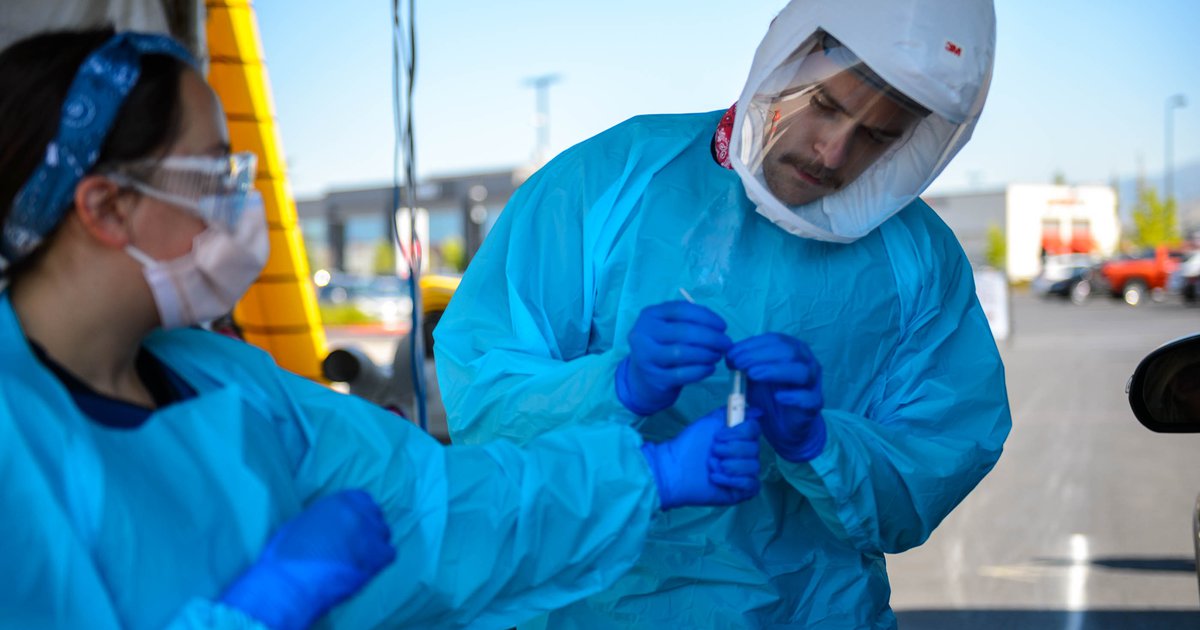 Editor’s Note: The Salt Lake Tribune is providing free access to critical stories about coronaviruses. Sign up for Our top article newspapers, Sent to your inbox every weekday morning. To support journalism like this, please donate Or become Customer.

With 326 new coronavirus cases reported on Tuesday, Utah’s rate of new diagnoses remained above the governor’s goal of fewer than 400 cases per day.

According to a new county effort to provide more detailed information on coronovirus cases in schools, more than 1,700 people in Salt Lake County have been exposed to COVID-19 in educational settings.

County health officials announced that they were posting the number of cases in each school district at slco.org/health/COVID-19/data/. The county health department is also providing data on each individual school, showing if the school has reached 15 cases – the number of infections that triggered a recommendation to close. A Salt Lake County school, a charter school in Draper, has reached that threshold.

There have been 150 coronovirus cases in 34 outbreaks in Salt Lake County districts, where individual-class classes are underway in four-five districts, as well as an array of charter schools. The state defines an outbreak as two or more cases within 14 days.

Health management officials wrote that more than 1,700 people exposed to COVID-19 due to those 150 cases, “are now being trimmed for 14 days and ensure they do not spread the virus further,” A news statement.

State health officials said on Tuesday that since the onset of the epidemic, 172 patients have been infected in 38 schools across the state, with an average age of 17 years. Eight of those patients are hospitalized; No one has died.

For the past seven days, Utah has averaged 420 new positive test results per day, the Utah Department reported on Tuesday. Gary Gary Herbert said he wanted the state to come down to 400 new cases per day. 1, it was a boundary that Utah met in mid-August but crossed again last week.

The virus continued to spread fastest in Utah County, recording 146 new cases on Tuesday – the highest in any county in the state. For the past seven days, Utah County has averaged over 23 new cases per 100,000 people per day, compared to 13 in Salt Lake County and 12 in Summit County.

Utah’s death from Coronavirus was 424 on Tuesday, with a fatal incident recorded since Monday: a Salt Lake County man over 85 years old who lived in a long-term care facility.

UDOH reported that 115 Utah patients were admitted to the hospital on Tuesday. For the past one week, an average of 121 patients are undergoing treatment at hospitals in Utah, which continues to fall from the peak average of 211 patients hospitalized each day in late July.

A total of 3,242 patients have been hospitalized in Utah for COVID-19 from Monday to 17.

Of the 55,359 Utahs who tested positive for COVID-19, 46,722 are considered “recovered” – that is, they have survived for at least three weeks after being diagnosed.