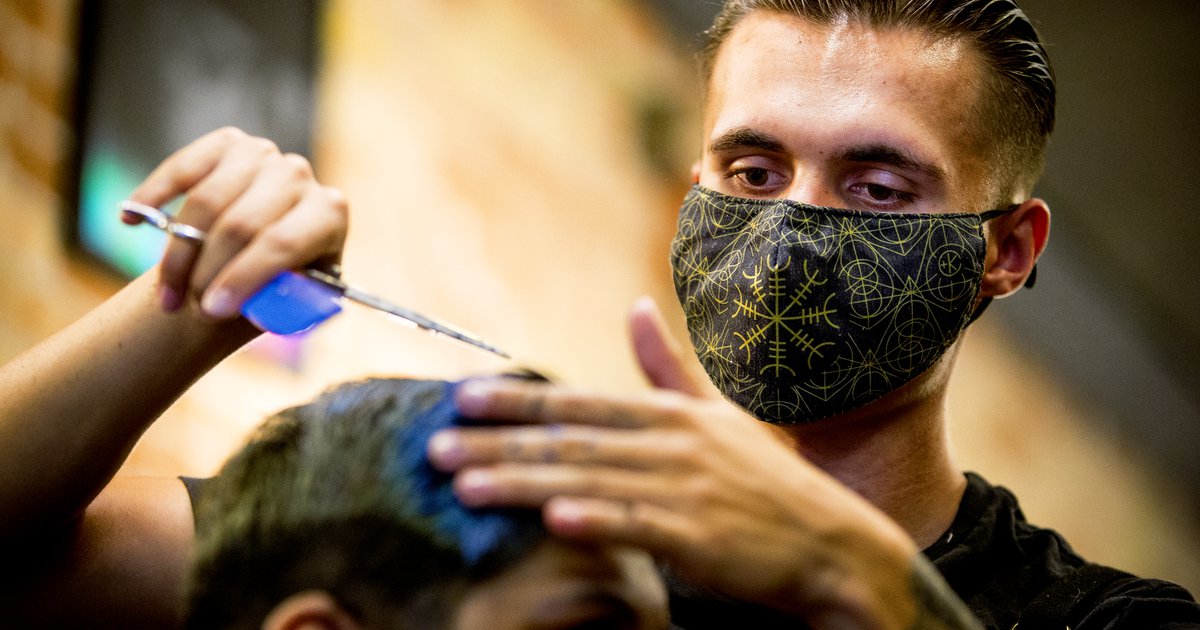 Utah crossed an unwanted milestone on Friday: more than 1,000 new cases of COVID-19 in a single day.

The Utah Department of Health reported that 1,117 new cases of COVID-19 were reported in the state on Friday, the highest since the epidemic began in one day.

Gov. Gary Herbert called Friday’s tally “dangerous”. … We are clearly on the upside of matters. “

Herbert said in a statement, that the state has warned residents “to stay home if they are ill, and if they have tested positive for COVID-19, they have to stay away from others.” He also repeated his previous calls to wear masks and maintain social distance.

Spikers number, Herbert said, “Question me seriously if these warnings and public education are enough.”

Herbert said he would hold a meeting with his unified command leadership on Monday. “All the instruments that the government has to control the spread of COVID-19 are on the table,” he said.

The state’s rolling seven-day average for new cases – metric public-health officials use the trend gauge – is 726 cases per day. The average for the seven days before that was 402 per day.

UDOH reported that 8,559 other tests were carried out for the virus in the last 24 hours. The seven-day rate of rolling positive test results is 12.5% ​​- the fourth consecutive day the figure has set a record.

UDOH reported no new deaths from COVID-19, and the total death toll is 437.

Since the epidemic began, 61,775 Utahns have tested positive for coronovirus, out of 743,737 tested.

Utah County, the focal point for the current spike, recorded 501 new cases on Friday, another one-day record. It has been recorded during epidemics in any regional health district in Utah.

On Friday, 393 new cases were reported in Salt Lake County with as many residents as Utah County.

Earlier on Friday, Utah County commissioners accompanied the mayors of the county’s major cities, Drs. Angela Dunn, the state’s epidemiologist, churned out numbers and to think about them.

A key data point Dunn gave: The positivity rate for COVID-19 tests in Utah County has reached 21%, meaning that one out of every five people tested for coronavirus returns with a positive result.

“The data clearly reflects the level of urgency we need to do,” Anger told The Salt Lake Tribune after the conference call. “I have no idea how many people in the county and cities look forward to this.

One idea that was under discussion, Ang said, was to mount a “positive campaign” to encourage Utah County residents – particularly students at Brigham Young University and Utah Valley University – to take steps to stop the virus from spreading . The problem, Ainge said, is that such campaigns “cannot be developed on an immediate basis.”

Because the conference call took place without public notice, Enges said, no vote was taken or decision was taken. Anging said officials will work over the weekend, and that either the commission or Utah County Council of Governments – which will include commissioners and mayors in the county – can hold an emergency meeting as early as Monday.

The county may be forced into action by Gary Herbert, who has the option of moving Utah County – which is now in the low-ban “yellow” threat level – back into the medium-restriction “orange” category.

The governor said, “Action is unavoidable here.” “He is giving us the opportunity to act as local leaders.”

Herbert said he was “encouraged” to discuss it by Utah County officials, and “he was happy to consult with public health experts and treat this spike seriously in cases.”

Under “yellow” restrictions, indoor public ceremonies should not have more than 50 people, although larger ceremonies (such as large concerts and sporting events) may proceed if social-far-reaching precautions are taken in the seating areas. Under the “orange” guidelines, gatherings – indoor or outdoor – should be capped at 20 people or less.

In the past, there were four new outbreaks and 31 new cases in public schools. Since public schools started opening from August 13, there have been 56 outbreaks in the state, affecting 357 patients.

Since the onset of the epidemic, 402 patients have been infected in 67 school outbreaks, with 16 years of age. Eleven of those patients are hospitalized; No one is dead