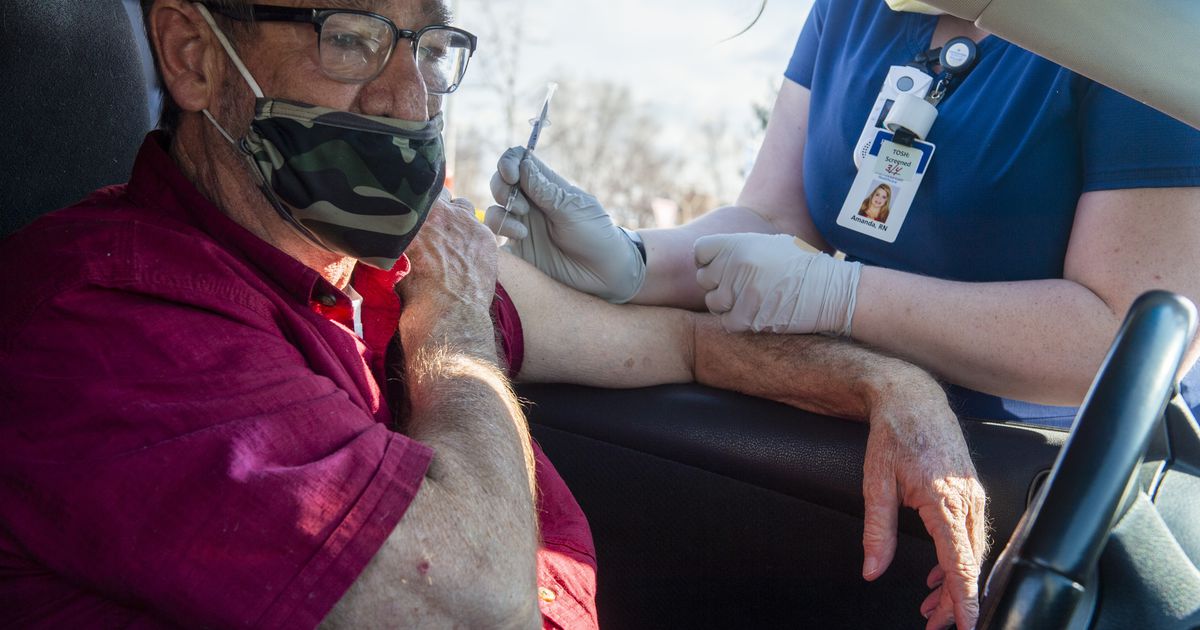 The state reports 570 new cases of the virus and five more deaths.

(Rick Egan | The Salt Lake Tribune) Amanda Bayly administers a Johnson & Johnson Covid-19 vaccine to Jay Gaisford, at TOSH – The Orthopedic Specialty Hospital in Murray on Tuesday, March 2, 2021. Governor Spencer Cox announced Thursday that the Utahns Aging Older than 50 can begin making appointments for their COVID-19 vaccinations next Monday, Cox said, Utah young adults with certain health conditions such as diabetes, type 1 or type 2, obesity with a BMI index of 30 or more, and anyone with Chronic Kidney Disease will also be eligible.

Editor’s Note: The Salt Lake Tribune offers free access to critical stories about the coronavirus. Enroll in our featured newsletter, delivered to your inbox every weekday morning. To support journalism like this, please donate or become a subscriber.

Utah saw its fewest number of people with COVID-19 in intensive care units on Saturday since early October.

The state health department reported there were 75 people with the virus in the ICU on Saturday. After October 5, when there were 79 in the ICU, that number has fluctuated to 231 in the months since.

Deaths reported the day before • 5.

Salt Lake County reported the deaths of three women. One was between 25 and 44 years old, another between 45 and 64 and the third was over 85 years old.

Weber and Uintah counties each reported one death, one man and one woman, respectively, both between the ages of 45 and 64.

Hospitalizations reported the day before • 194. That’s nine less than on Friday. Of those currently hospitalized, 77 are in intensive care units, eight fewer than on Friday.

Tests reported the day before • 7,052 people were tested for the first time. A total of 18,594 people were evaluated.

Percentage of positive tests • Under the state’s original method, the rate is 8.1%. That’s slightly lower than the 9.5% seven-day average.

His new method counts all test results, including repeated tests on the same individual. Saturday’s rate is now at 3.1%, lower than the seven-day average of 4.6%.