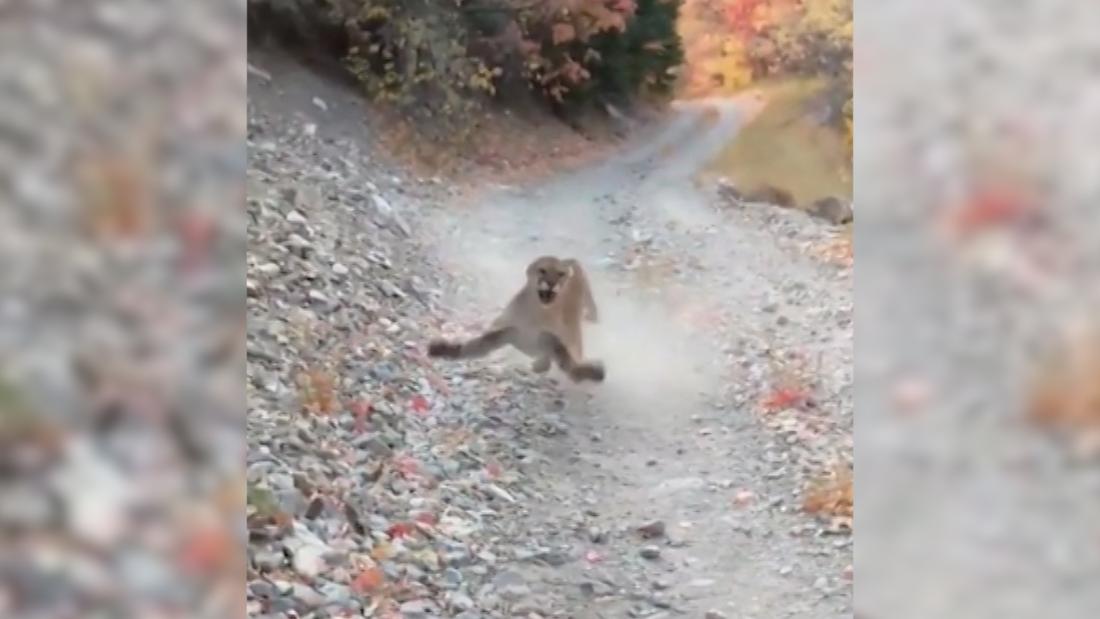 He said that Kyle Burgess thought what he thought, but he told Desert News after being chased for 6 minutes by a female mountain lion.
His video shows Burgess walking on a trail in Slate Canyon near Provo for the little cats, and then the mother comes running from anywhere. Burgess gives him a few words of choice and then starts walking in the opposite direction, hoping to scare him by rising and screaming at the big cat.

“Go away! I’m big and scary!” Burgess says among the exiles. “What’s up man? Good and slow.”

The agitated cat proceeds to follow Burgess for the next six minutes, while all the Burgesses scream and growl at the animal.

Throughout the video, Burgess never retreats from the beast as he pranks and puffs at him. At the end, he throws a rock at the lion of the mountain and he runs away, leaving him visibly relieved.

“Wow, it just happened,” Burgess said in the camera when he could finally rest. “I’m actually somewhat quiet. Yes, not going back this way.”

The Utah Division of Wildlife Resources posted the video on its Facebook page with a warning: “Utah is Cougar Country!”

The following post offered suggestions should you have such an encounter of your own.

The cougar is a protected species in Utah. They are usually shy.