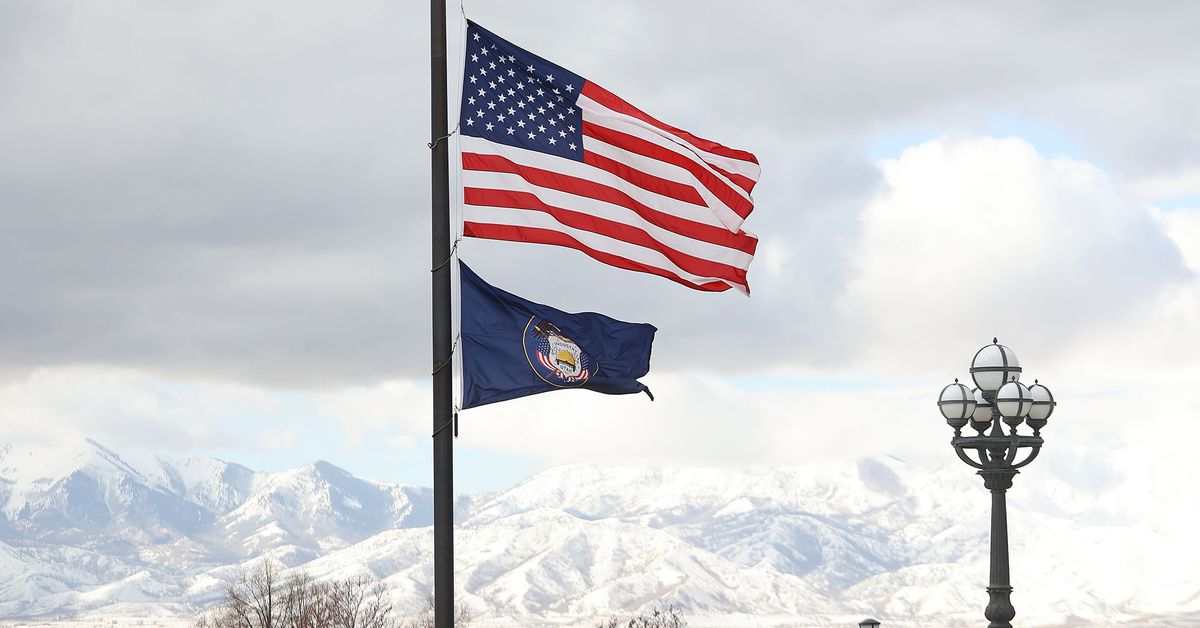 SALT LAKE CITY – A new statewide health order in effect through March 25 would no longer make the wearing of masks mandatory in counties designated for having low COVID-19 transmission rates once the state’s vaccine allocation reach about four times the current level.

The masks are now required to be worn statewide indoors in public settings and outdoors when social distancing is not possible, but that will change in low transmission counties eight weeks after Utah received 1,633,000 first doses of Federal government vaccine, sufficient for about 70% of adults in the state.

Currently, that number is just under 445,000, and it’s unclear when the state expects to hit the target amount. But Gov. Spencer Cox told Democrats in the Utah Legislature on Tuesday that he wanted to address a bill that ends public health emergency powers once enough Utahns are vaccinated or have had the virus.

The bill sponsored by Rep. Paul Ray, R-Clearfield, HB294, was introduced in early February, but has not been assigned to a committee for a hearing.

“We wanted to be really intentional about this and really thoughtful about it, and have some metrics so everyone knows what we’re looking for,” Cox said during a caucus meeting of Senate and House Democrats.

“At some point, we will cross this threshold where everyone now has the opportunity to have received the vaccine to protect themselves,” the governor said, touting the results of a new Deseret News / Hinckley Institute of Politics poll that showed that 80% of the state believes Utah’s vaccine distribution is fair.

Cox anticipates a steady increase in Utah’s vaccine allocation and has already lowered the age of eligibility to 65 or older. On March 1, Utahns with specific medical conditions will also join health workers, first responders, residents and staff at long-term care facilities, and K- teachers and school staff. 12 on the list.

Rich Saunders, executive director of the Utah Department of Health, told the Democratic group that there must be an end in sight to the masks’ mandate.

“If we don’t know what it looks like, we won’t know when we arrive. We have to be responsible for determining what we need to achieve to remove the masks, ”Saunders said. “This is one of the most controversial issues in this entire pandemic.”

He said that even after the threshold is reached and masks are no longer required, they can still be worn “and we will even encourage it for a while.”

The new health order comes as the Utah Department of Health reports 716 new COVID-19 cases and 12 additional deaths on Tuesday. The death toll in Utah has reached 1,865, and now more than 500,000 lives have been lost to the virus in the United States, a milestone marked by the decline in state flags.

As previously announced, there are changes to the way the state determines the transmission level. Utah now counts all tests performed by a person to calculate the percentage of positive tests. Previously, only one individual test was counted every 90 days, resulting in a higher rate, thus narrowing the acceptable range.

Additionally, people will be able to sit next to each other in cinemas, sporting events, weddings, as well as concerts and other entertainment, as long as everyone wears masks and can attest that they have no symptoms or exposure to COVID-19. Event hosts should be able to communicate with attendees if someone at the event tests positive.

At events, the masks can be removed for eating or drinking, but social distancing from the separate parties must be maintained during that time. Bars in counties with moderate transmission levels no longer have to limit occupancy to 75%, and patrons should only wear masks when they are within 6 feet of a separate party.

For schools, the new order creates a test protocol so that school dances and other events can be organized.

The “Test to Play” program for COVID-19 will now be required for all high school students participating in school sponsored extracurricular activities and students must follow the isolation and quarantine protocols found in the school handbook.

The order also places a greater emphasis on in-person learning rather than schools switching to online instruction when certain thresholds are reached, which is what lawmakers have been pushing since Trump administration officials Dr. Robert Redfield and Dr. Deborah Birx visited Utah last winter. .

Under the “Test to Stay” program, students who test positive must switch to remote learning for 10 days. Those who choose not to take the test may have to forego in-person learning depending on how many students are tested and the school’s positive test rate.

More information on the state’s transmission rate is available at coronavirus.utah.gov/utah-health-guidance-levels. Five of Utah’s 29 counties are now at a low transmission level, Daggett, Garfield, Piute, Rich and Wayne, and eight are at the moderate level.

The new order, signed Monday night by Saunders, replaces a previous order that expired at midnight.

Later Tuesday, Cox issued a new executive order on the state’s vaccination plan that now says the state health department will establish eligibility in consultation with the governor’s office. That will allow more Utahns to be added to the list, likely based on age, as more vaccines become available without a new order.

Warnings not to postpone medical care

Also Tuesday, doctors at University of Utah Health and Intermountain Healthcare urged Utahns to get the medical care they need now rather than postpone cancer screenings like mammograms and colonoscopies, as well as other procedures because of the pandemic.

“It is not time to delay more. It’s time to put on a mask and go inside, ”said Dr. José Rodríguez, a professor of Family Health Medicine at the University of Utah, during a virtual press conference. He said there have been some mixed messages in the past because appointments were canceled, but now it is safe to see a doctor in person.

More than 80% of the university’s physicians have been vaccinated, said Dr. Russell Vinik, director of medical operations for the University of Utah Health. Injections cannot be required because the vaccine, licensed for emergency use, has not yet received full approval from the Federal Food and Drug Administration.

Vinik cautioned that waiting for screening tests can lead to “poor outcomes” for patients when illnesses are not caught early. Ditto for postponing children’s vaccinations, he said, because the last thing needed in the middle of a pandemic is “another outbreak of something easily preventable, like measles.

Dr. Kirk Knowlton, director of cardiovascular research and associate chief of cardiology at the Intermountain Healthcare Heart Institute, said there are cases where people are even afraid to go to a hospital when they experience a heart attack.

“If they are having a stroke, it is very important that they come in immediately. There have been too many stories of people sadly fearful of having COVID and waiting. And they either complete a heart attack or some have even died at home, ”Knowlton said. “That is a real problem that we worry a lot about.”

Utah reported administering 11,966 additional doses of vaccines since Monday, for a total of 623,876 first and second doses. The seven-day moving average for positive tests is 779 per day, and an additional 6,458 Utahns have been tested and 18,480 tests have been performed.

The seven consecutive days for the percentage of positive tests when all tests are counted is 6.2%, the new method the state is using to help determine a county’s level of transmission, and 13.34% if only a single test is performed. by a person over 90 years of age. -the period of days is counted.

There are 239 people hospitalized in Utah with COVID-19.

The 12 new deaths, including seven that occurred before February 1, are:

• A Sevier County woman, age 85 or older, not hospitalized at the time of her death

• A Salt Lake County man, ages 65-84, not hospitalized at the time of death

• A Weber County man, ages 65-84, hospitalized at the time of death

• A Sevier County woman, age 85 or older, residing in a long-term care facility

• A Salt Lake County woman, ages 65-84, hospitalized at the time of her death

• A Davis County man, ages 45-64, hospitalized at the time of death