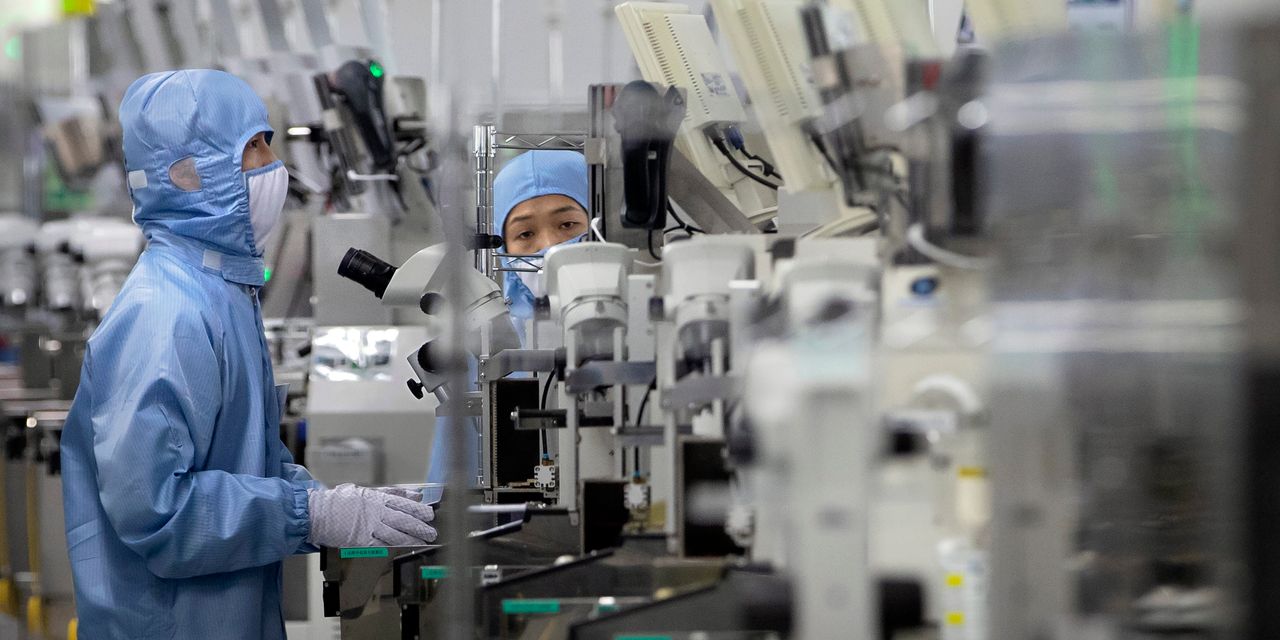 President Biden describes America’s relations with China as a clash of values: democracy versus autocracy.

But his rhetoric obscures the administration’s more pragmatic approach of bringing groups of countries together to work together on technology. The goal is to stay ahead of China in semiconductors, artificial intelligence and other advancements that are expected to define the economy and military of the future.

Preliminary talks with US allies have begun, although the effort is expected to take months, senior administration officials said.

The strategy has both offensive and defensive components. By combining efforts, the United States and its allies can spend far more than China, whose research and development budget now almost equals that of the United States. Alliances can also coordinate policies to deny China the technologies it needs to try to become a world leader.

“We have a keen interest in making sure that techno-democracies come together more effectively so that we are the ones shaping those norms and rules,” Secretary of State Antony Blinken said at his confirmation hearing.

The United States plans to organize different alliances depending on the issue, said a senior administration official, calling the effort a modular approach. The different groupings would generally include most of the industrial powers of the Group of Seven nations, plus a few others. (The idea is sometimes called Democracy 10 or Tech 10.)

An alliance focused on artificial intelligence, for example, could include Israel, whose researchers are seen as leaders in the field. One that involves export controls would likely include India, to ensure that China cannot import certain technologies. To encourage countries that are wary of offending China to join the alliances, the administration is unable to announce its participation, the senior administration official said.

Fundamentally, say those who have worked on the concept, alliances should be flexible and avoid bureaucracy. “The creation of another international institution will lend itself to big announcements without doing anything,” said Anja Manuel, a former Bush State Department official. “With technology, you have to be agile.”

Semiconductor technology is at the top of management’s list because computer chips power the modern economy. China is the world’s largest semiconductor market, but more than 80% of chips, especially advanced ones, are imported or produced by foreign companies in China.

Beijing has spent tens of billions of dollars in recent decades trying to build a world-class domestic industry, but it still lags behind its Western rivals. The Biden administration wants it to stay that way.

During the Trump administration, the United States worked with the Netherlands to block the sale of Dutch-made semiconductor manufacturing equipment to China’s largest chipmaker, Semiconductor Manufacturing International Corp.,

which could have helped it produce cutting edge chips. The Trump Commerce Department also restricted sales of chip-making equipment to SMIC.

The Biden administration is keeping track of the curbs. In February, national security adviser Jake Sullivan spoke with his Dutch counterpart, Geoffrey van Leeuwen, about China and advanced technology, among other topics, according to a White House statement.

Technologists describe semiconductor manufacturing equipment as a “choke point technology” because it is dominated by only three countries – the United States, Japan and the Netherlands – which makes it relatively simple to restrict. A semiconductor alliance would likely also include large chipmakers in Europe, as well as South Korea and Taiwan.

In addition to restricting technology to China, members could pool advanced R&D work, including financing multi-million dollar semiconductor manufacturing facilities outside of China.

A high-profile effort is sure to raise concern and possible retaliation from Beijing, which is working to decrease reliance on foreign technology. Beijing has used its economic clout to try to intimidate US allies, including cutting off imports of wine and coal from Australia after Canberra lobbied for the origins of the coronavirus pandemic to be investigated.

A US-led semiconductor alliance “violates the principles of the market economy and fair competition, and will only artificially separate the world and destroy the rules of international trade,” China’s Foreign Ministry said in a statement.

Beijing has many levers to pull. China is the world’s leading supplier of so-called rare earths, minerals essential for the production of mobile phones, electronic and military equipment. In 2010, China limited rare earth shipments to Japan during a dispute over ownership of the islands in the East China Sea, although China denied involvement in the coercion.

China recently launched a new round of rare earth regulations and has questioned foreign companies about their reliance on Chinese production, which some tech experts see as a warning. China’s Foreign Ministry said Beijing is “willing to meet the legitimate needs of all the countries of the world to the extent possible in accordance with the actual capacity and level of China’s rare earth resources.”

Biden also recently ordered a study of the United States’ dependence on foreign rare earth supplies. US officials have been working with Australia and other nations to boost production and create synthetic substitutes for the minerals.

Tech alliances are worth the risk of being set back, he said. “Ultimately, the United States wants to reduce or eliminate Beijing’s ability to use coercion.”