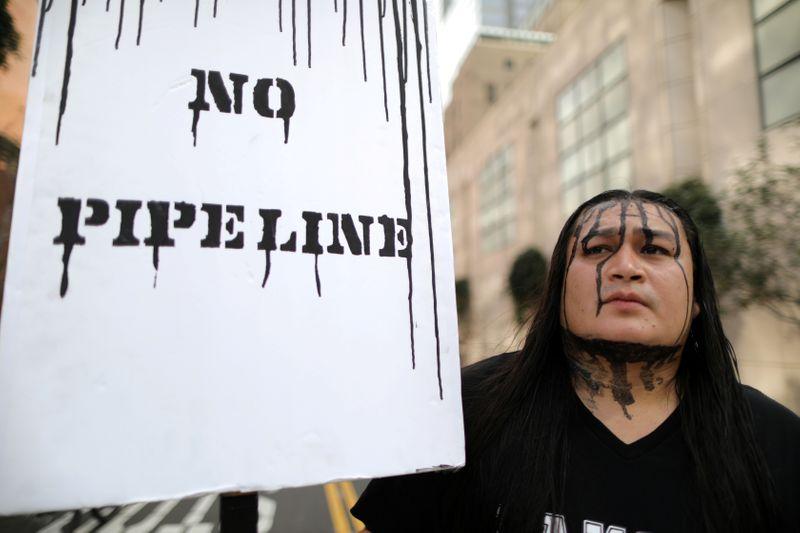 NEW YORK (Reuters) – A federal judge denied an emergency request from the owners of the Dakota Access (DAPL) pipeline for the court to reconsider its order to close and drain the 570,000 barrel per day line in a month, according to court records . on Tuesday.

The pipeline, operated by Energy Transfer (ET.N), is the largest in the Bakken Shale region of North Dakota, one of the largest oil-producing patches in the United States. Without the pipeline, the region’s production capacity will be limited.

The tribes opposed the emergency request, saying the company was trying to speed up the legal process and deny opponents adequate time to respond.

Energy Transfer said Monday that if the request was denied, its next move would be to request a suspension and an expedited appeal to the US Court of Appeals to delay the pipeline closure process.

The United States District Court for DC on Monday ordered the pipeline-owning consortium Dakota Access LLC, controlled by Energy Transfer, to halt operations and empty the DAPL pending an environmental review that could take a year.

The court said that the US Army Corps of Engineers violated national environmental law when it granted an easement to Energy Transfer to build and operate under Lake Oahe because it failed to produce an adequate Environmental Impact Statement.

In addition to contesting the need for an environmental review, Energy Transfer is trying to avoid closing the pipeline while the review is in progress.

The company is likely to face a month-long appeals process in higher court over the review, legal experts say. And if you cannot secure a suspension, you will not only have to close the line, but empty 5.8 million barrels of crude oil by August 5, analysts said.

Energy Transfer said in legal documents this week that it could take approximately three months to empty the line, jeopardizing violation of the court order.

Energy Transfer has previously estimated the costs related to the closure of the pipeline at approximately $ 67.5 million per year and said that a prolonged closure would actually increase the risk of a spill under Lake Oahe.

During a shutdown, potentially corrosive products would likely gather at the lowest point of the pipeline under the lake, Energy Transfer said in May. That, in turn, could increase the risk of a possible leak when the pipeline resumes operation.

There is a greater chance than at the district court level that the appeals court will grant a suspension, said James Coleman, a law professor at Southern Methodist University. But Dakota Access will have to demonstrate that the order that forced the closure of the pipeline was incorrect and that it would cause significant financial damage to the company or other beneficiaries, he added.

“It is still a long shot. The Supreme Court option is an even bigger possibility, “said Coleman, who has experience in environmental and energy cases.

The process to obtain a suspension order, allowing the pipeline to run, could take the full 30 days Dakota Access has to empty the pipeline, he said.

The Justice Department could also appeal the district court’s decision and request a suspension directly from Supreme Court President John Roberts, analysts at Height Capital Markets said in a note, adding that Roberts will likely grant the request.

“We hope that the Justice Department will appeal the decision of the district court before the weekend or early next week and we anticipate that the circuit court will decide on the suspension motion before the closing date of August 5,” he said. the financial research group.