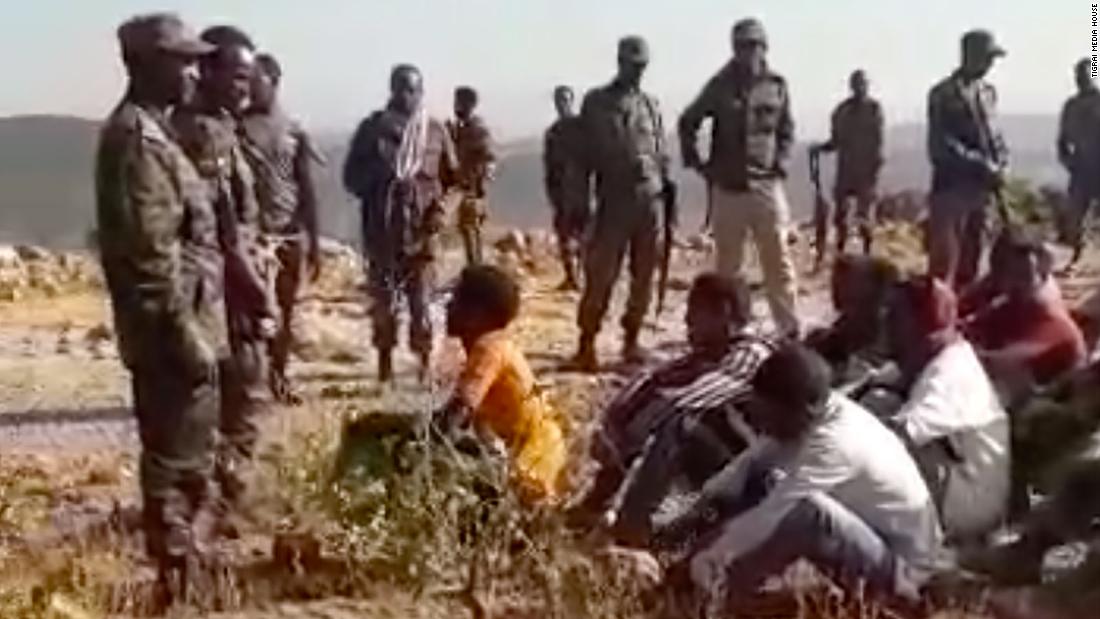 A CNN report released Thursday found that Ethiopian soldiers had executed unarmed men in the country’s war-torn Tigray region.
The investigation, conducted with Amnesty International, verified images of soldiers killing a group of at least 11 men before disposing of their bodies near the town of Mahibere Dego in Tigray. A BBC investigation, also published Thursday, corroborated the same massacre.

When asked about reports that Ethiopian forces were responsible for the massacre, State Department spokesman Ned Price said: “We are deeply concerned by reports of human rights violations, abuses and atrocities in the region of Tigray in Ethiopia. We strongly condemn the murders, deportations, sexual assaults, other human rights abuses that have been denounced by multiple organizations. “

“Of course, we are analyzing these reports. We have taken note of them and will continue to pay close attention,” Price added.

Ethiopia faces intense scrutiny for human rights violations that may constitute war crimes in Tigray. Thousands of civilians are believed to have died since November, when Ethiopian Prime Minister Abiy Ahmed launched a major military operation against the region’s ruling party, the Tigray People’s Liberation Front (TPLF), sending national troops and militiamen. from the Amhara region in Ethiopia.
CNN has previously compiled extensive eyewitness testimony that soldiers from neighboring Eritrea had crossed into Tigray during the conflict and perpetrated massacres, extrajudicial killings, sexual violence and other abuses.
Price said the United States had taken note of the Ethiopian Foreign Ministry’s announcement last month that Eritrean forces had started to leave the country.

“The immediate and complete withdrawal of Eritrean troops from Tigray will be an important step forward in reducing the escalation of the conflict and restoring regional peace and stability,” he said. He did not comment on whether the United States has confirmed that the withdrawal has begun.

“We are encouraged by the prime minister’s announcement that the Eritrea state government has agreed to withdraw its forces from Ethiopia,” Price added. Last month, the Eritrean embassy in the UK and Ireland denied allegations of wrongdoing by Eritrean soldiers and denied they were in Ethiopia.
Abiy’s office dismissed the evidence from the CNN report, saying Friday that “posts and claims on social media cannot be taken as evidence.”

“The Ethiopian government has indicated its open will for independent investigations to be carried out in the Tigray region,” the statement added.