US forces: rockets hit airbase in Iraq hosting US troops 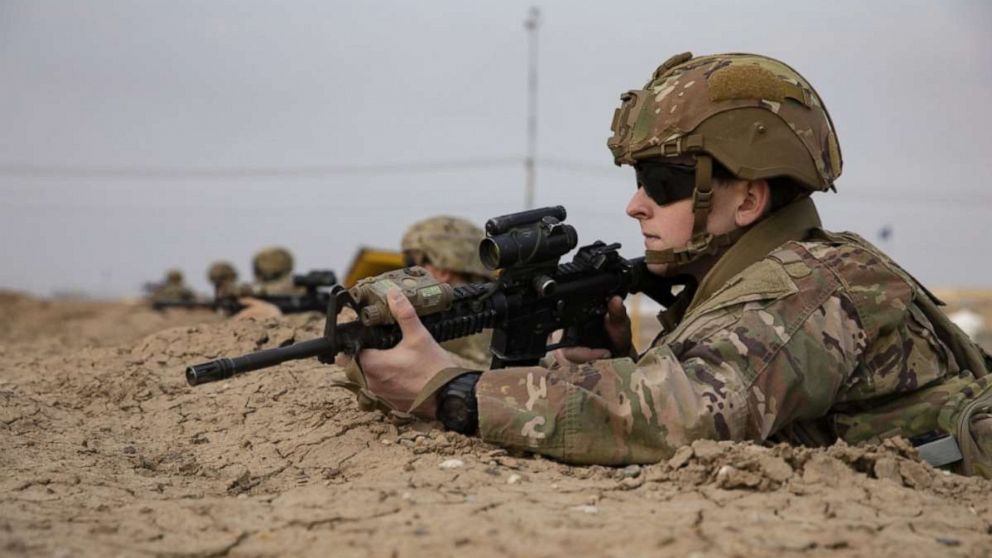 The US-led coalition in Iraq says at least 10 rockets have targeted a military base in western Iraq that houses US troops.

BAGHDAD – At least 10 rockets struck a military base in western Iraq that houses troops from the US-led coalition on Wednesday, the coalition and the Iraqi military said. It was not immediately known if there were any casualties.

The rockets hit the Ain al-Asad air base in Anbar province at 7:20 am, coalition spokesman Col. Wayne Marotto said. No one claimed responsibility for the attack.

The Iraqi army issued a statement saying that the attack did not cause significant losses and that security forces had found the launch pad used for the rockets. He was found in the Anbar al-Baghdadi area, an Iraqi military official said on condition of anonymity to discuss the attack with the media.

It was the first attack since the United States struck Iran-aligned militia targets along the Iraq-Syria border last week, killing a militant and stoking fears of a possible repeat of a series of tit-for-tat attacks. They escalated last year, culminating in the US drone strike that killed Iranian General Qassim Soleimani outside the Baghdad airport.

Wednesday’s attack targeted the same base where Iran struck with a barrage of missiles in January last year in retaliation for Soleimani’s assassination. Dozens of US servicemen were injured and suffered concussions in that attack.

British Ambassador to Iraq Stephen Hickey condemned the attack and said it undermined the ongoing fight against the Islamic State group. “Coalition forces are in Iraq to fight Daesh at the invitation of the Iraqi government,” he tweeted, using the Arabic acronym for IS. “These terrorist attacks undermine the fight against Daesh and destabilize Iraq.”

Denmark, which like the United States and Britain also has troops at the base, said coalition forces in Ain al-Asad were helping to bring stability and security to the country.

“The despicable attacks on Ain al-Asad’s base in #Iraq are completely unacceptable,” Danish Foreign Minister Jeppe Kofod tweeted. The Danish armed forces said that two Danes, who were in the camp at the time of the attack, are unharmed.

Wednesday’s attack comes two days before Pope Francis is scheduled to visit Iraq on a highly anticipated trip that will include Baghdad, southern Iraq and the northern city of Irbil.

Last week’s US attack along the border had been in response to a series of rocket attacks on the US presence, including one that killed a Philippine coalition contractor outside Irbil airport.

After that attack, the Pentagon said the attack was a “proportionate military response” taken after consulting with coalition partners.

Marotto said Iraqi security forces were leading an investigation into the attack on Ain al-Asad.

US troops in Iraq significantly decreased their presence in the country last year under the Trump administration. The forces withdrew from various Iraqis based across the country to consolidate mainly in Ain al-Asad and Baghad.