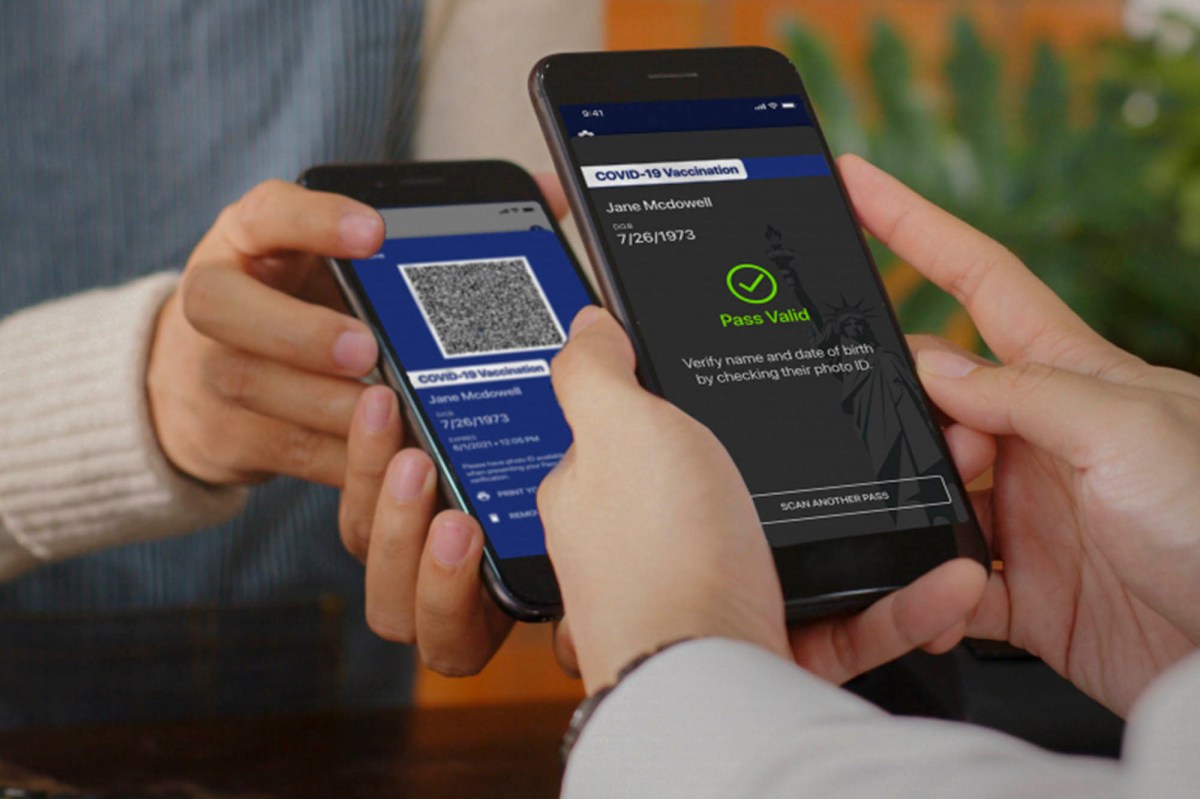 The use of so-called COVID-19 “vaccine passports” is fast becoming a divisive issue in the US, with several states, including New York, embracing the idea, while others have already moved to ban them.

Last month, New York became the first state in the nation to formally launch a digital vaccine passport for Empire State residents to verify that they have been immunized against the coronavirus.

The state program, called the “Excelsior Pass,” allows New Yorkers to prove their vaccination status, or a recent negative COVID-19 test, in order to enter events and businesses.

Hawaii Gov. David Ige told reporters Monday that his state is testing the technology needed for a vaccine passport, but there is still more work to do.

“[Vaccination passports] it won’t happen for at least four weeks or so, ”the Democrat said, according to the Honolulu Star-Advertiser.

Illinois Governor JB Pritzker has also said he supports passports, but added that they should not be required to enter an event or facility.

“As long as it’s your choice,” Pritzker told reporters, according to Patch.com. “If people ask you to prove it for a particular place or a private place, they have the ability and the right to do so. You don’t have to show them that. You don’t have to be there to go to that place or participate in that activity. ”

Meanwhile, leaders in a host of states, including Florida, Texas, Georgia, Tennessee, Missouri and Nebraska, have already voiced fierce opposition to any use of vaccine passports within their borders.

“The government should not require any Texan to show proof of vaccination and reveal private medical information just to get on with their daily life. That is why I issued an Executive Order prohibiting government-required vaccine passports in Texas, ”Abbott said in a statement. “We will continue to vaccinate more Texans and protect public health, and we will do so without trampling on the personal freedoms of Texans.”

“It is completely unacceptable for the government or the private sector to require you to show proof of vaccine to simply be able to participate in normal society,” DeSantis said.

“I do not and will not support any type of state-required vaccine passport. While the development of multiple safe and highly effective COVID-19 vaccines has been a scientific miracle, the decision to receive the vaccine must be left to each individual, ”Kemp said on Twitter.

“I am opposed to vaccine passports. The COVID-19 vaccine should be a personal health option, not a government requirement. ” Read tweeted.

Nebraska Governor Pete Ricketts he said in a tweet late last month that the Cornhusker state “will not participate in any vaccine passport program.”

“This concept violates two central principles of the American system: freedom of movement and privacy of health care,” Ricketts criticized.

The Biden administration has said it is working to create a set of standards for the many private companies that make their own versions of passports, but will not create or require its own federal version.

“The government is not now, nor will we support a system that requires Americans to carry a credential,” White House press secretary Jen Psaki told reporters at a briefing Tuesday.

“There will be no federal vaccine database or a federal mandate that requires everyone to obtain a single vaccination credential.”