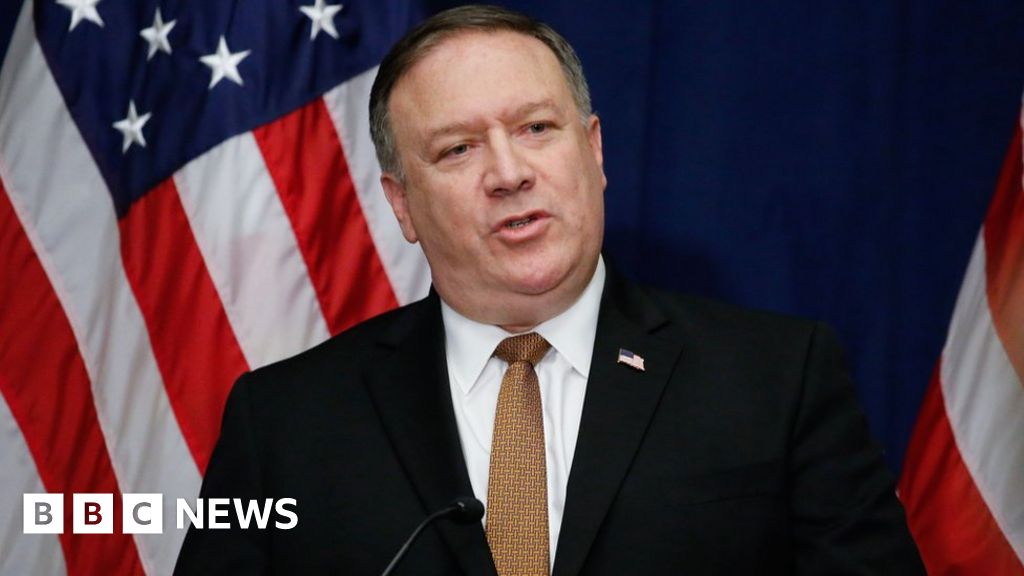 He said the move followed President Donald Trump’s promise to punish Beijing over a security bill that could erode Hong Kong’s autonomy.

China said the United States’ decision was an “error” that should be withdrawn.

It comes just days before a meeting of the Chinese parliament.

The Standing Committee of the National People’s Congress will discuss the new law at its meeting, which begins on Sunday.

China has proposed security legislation that would make it a crime to undermine Beijing’s authority in Hong Kong, and could also see China setting up its own security agencies in the territory for the first time.

The move has sparked a new wave of protests against mainland China in Hong Kong.

Mr Pompeo’s statement on Friday, which did not name Chinese officials affected by the United States’ visa restrictions, followed a recent vote by the United States Senate to impose sanctions on people who undermine Hong Kong’s autonomy and the banks that do business with them.

In response to the move, the Chinese embassy in Washington said it “strongly opposes wrong decisions on the American side.”

In a statement posted on Twitter, the embassy added: “We urge the American side to immediately correct its mistakes, withdraw the decision and stop interfering in China’s internal affairs.”

The President of the United States said that Beijing was replacing “its promised formula of One country, two systems with one country, one system.”

“This is a tragedy for Hong Kong … China has stifled Hong Kong’s freedom,” he added.

China’s parliament has already endorsed the resolution of the new legislation, which is now passed to the country’s top management.

Hong Kong always intended to have a security law, but was never able to pass it because it was so unpopular.

China is now stepping in to ensure that the city definitely has a legal framework to deal with what it considers to be serious challenges to its authority.

The law would penalize any act of:

Experts say they fear the law may see people punished for criticizing Beijing, as is the case in mainland China.