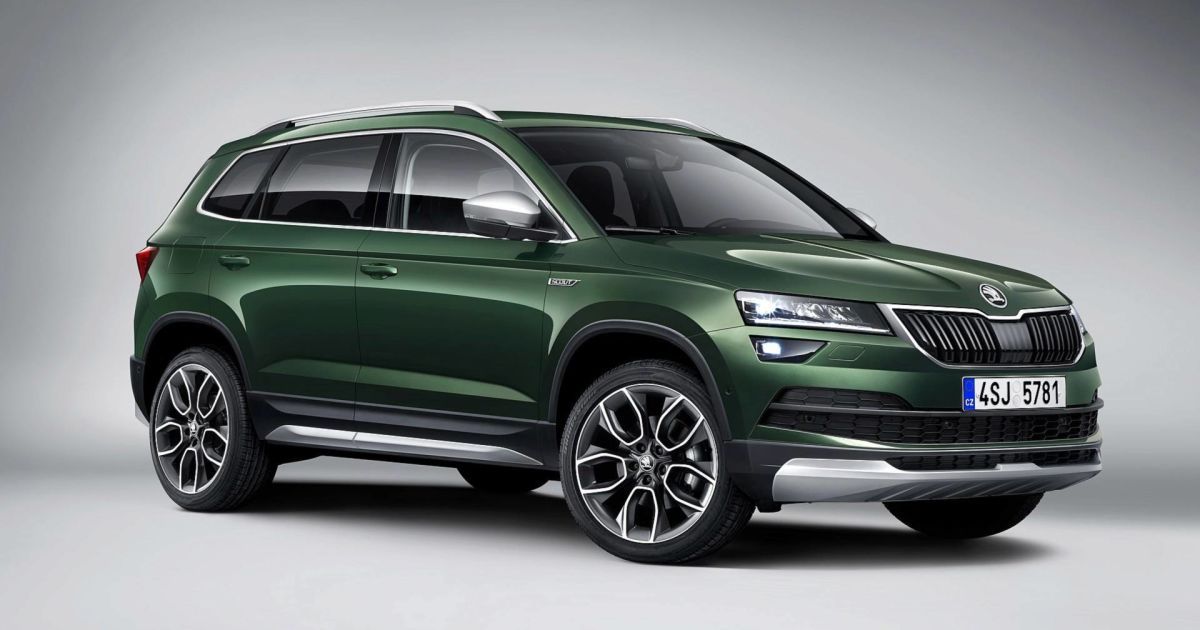 The compact crossover of the brand appeared in the new version with a curtain and a full drive.

Off-road version Skoda Karoq Scout suggests the presence of a more durable body and an additional plastic curtain, but most importantly it has got the all-wheel drive system already in standard equipment

Exterior Scout will feature distinctive silver inserts emphasizing its proximity to the Fabia ScoutLine and Rapid Spaceback ScoutLine versions. The crossover glass will be tinted and the Scout icon on the front wing will appear.

In the interior you can choose between black and brown upholstery, and the salon scattered platen. The dashboard will be fully digital and the Columbus multimedia complex is equipped with a gesture management feature.

Under the hood, three variants of propulsion systems are proposed under the hood. The crossover is equipped with an active suspension bracket with four operating modes, including a special setting for off-road driving LED head optics. Gasoline 1,5-liter turbine engine TSI with power 150 hp or a two-liter diesel with 150 or 190 hp they work together with a seven-step "robot". A less powerful diesel can be combined with a six-speed manual transmission.