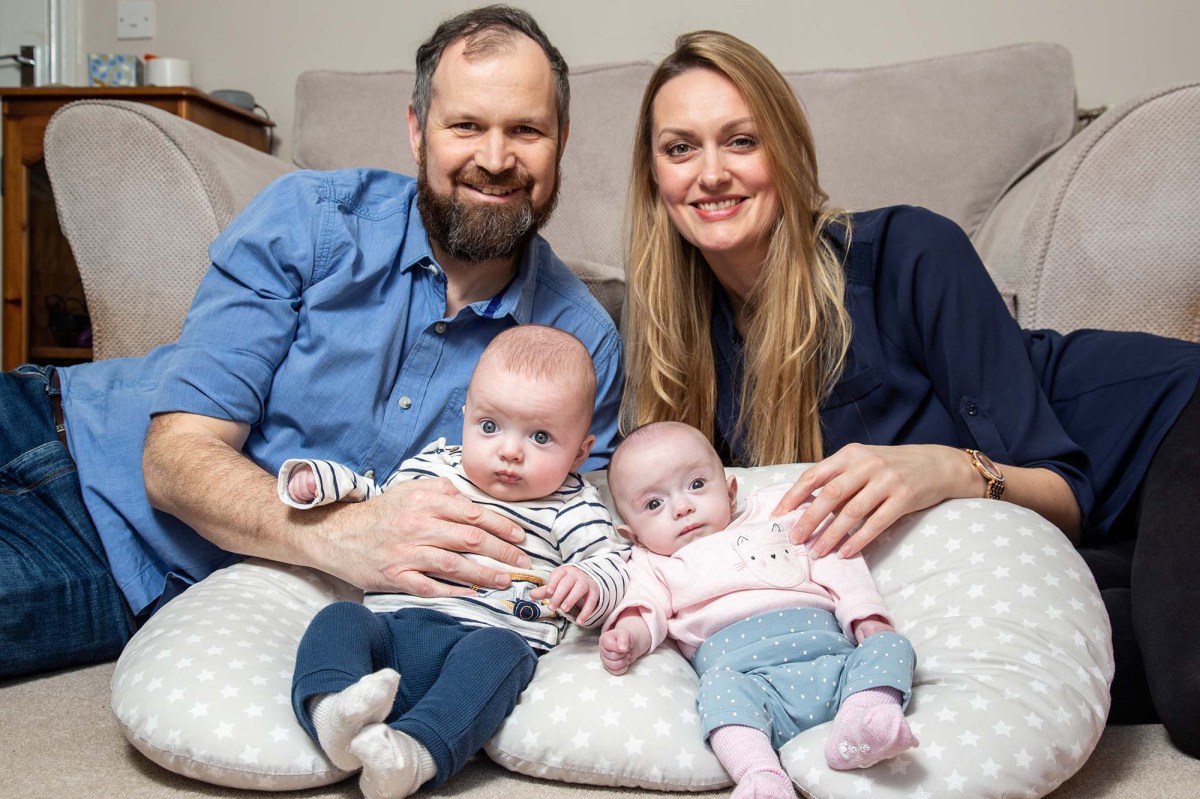 A British woman has given birth to two babies at the same time, who were conceived three weeks apart, according to new reports.

Rebecca Roberts, 39, was already pregnant with her son, Noah, when she conceived their daughter, Rosalie, The Independent reported.

“We feel really lucky. It’s so lucky to have twins anyway, but to have such special twins, it’s so lovely, it’s wonderful, they’re a blessing, ”Roberts told the outlet.

Roberts said that she and her husband, Rhys, had gone to a fertility clinic in Bath, England, to obtain medication to help with ovulation.

“On my first cycle with that drug we got pregnant,” she told CBS News.

It wasn’t until the 12-week scan for her first baby that she was expecting two children.

“I had just had a conversation with the sonographer about my previous scan, so she knew I was only going to have one baby, so she was very quiet. I thought something terrible had happened because she didn’t say anything, “he told the Independent.

“Then he looked at me and said, did you know that you are expecting twins? My heart skipped a beat, I actually said ‘is it real?’

Roberts had become pregnant with the twins through a phenomenon known as superfetation.

It occurs when an egg is released from a woman’s ovary after she is already pregnant and implants along with the first embryo.

Superfetation, which produces what are known as “super twins,” is very rare and there are only a few documented cases in the world, media reported.

Although their babies had different due dates, Roberts gave birth to both on the same day in September 2020, media reported.

“They cannot be born separately, as there is a huge risk of infection,” Roberts said. “It was weird, since Rosalie’s due date was three weeks after Noah’s.”

But she said she is grateful for the experience that taught her that “anything is possible.”

“This was not supposed to happen, but it has happened. The female body is amazing, “he told CBS News.