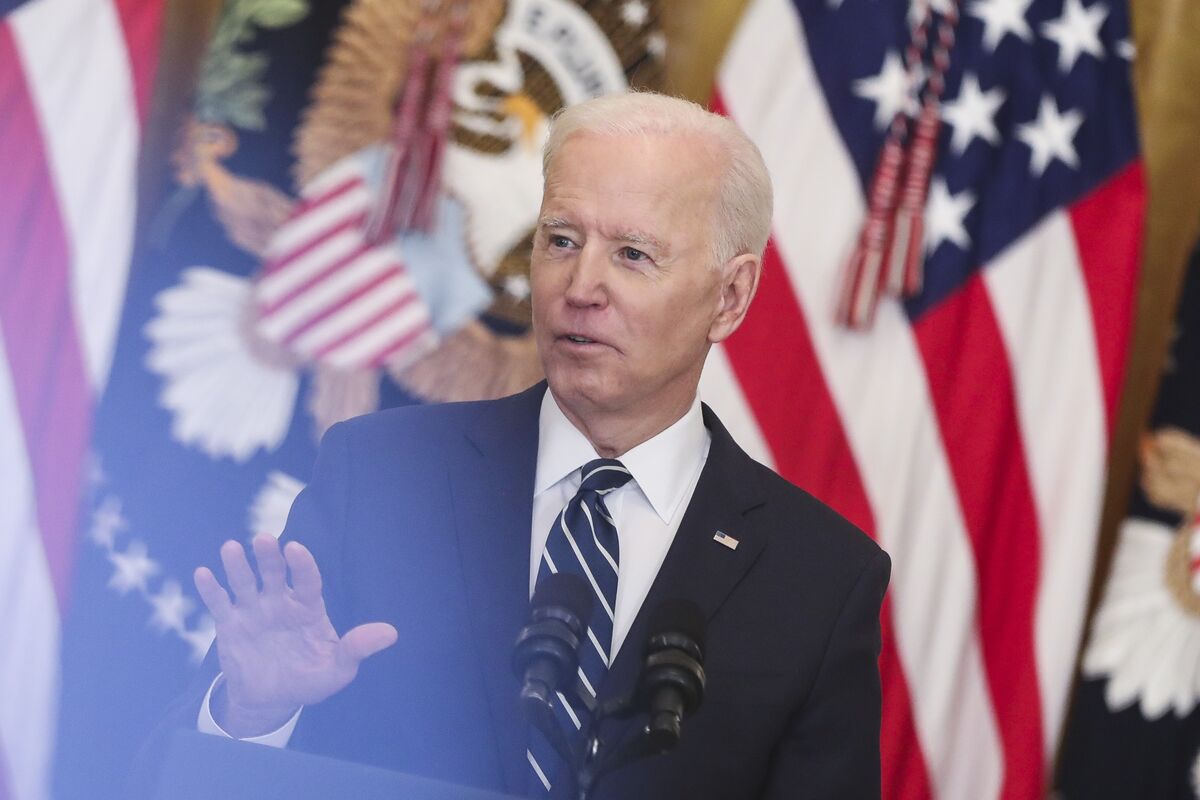 The UK and the US are unlikely to be ready to reach a trade deal before 2023, in a blow to Britain’s hopes of a quick Brexit victory, according to people familiar with the matter.

President Joe Biden’s administration is focused on other priorities, such as China and investing in national programs to boost the US economy, and its legal power to accelerate a trade deal through Congress expires July 1.

According to a person familiar with the UK-US talks, that power is unlikely to be renewed before at least 2023, because midterm elections in 2022 will make trade legislation too politically sensitive. to be approved.

In London, the government has spoken optimistically in public about the prospects for a US deal, but officials are now downplaying the chances of imminent progress.

UK talks trade deal with US, despite omission of White House call

“The UK has always been clear that securing a comprehensive and mutually beneficial agreement is more important than reaching an agreement on a fixed date,” said a spokesman for the UK government’s Department for International Trade. The office of the United States Trade Representative declined to comment.

Prime Minister Boris Johnson spoke with Biden on Friday, but the official British reading of the call did not mention trade talks.

The slowdown will be disappointing for Johnson and his allies, who had been eager to push for a quick deal as an early sign of the UK’s success as a global trading nation, recently freed from the constraints of European Union membership.

Politically, the long wait for a deal also risks increasing the impression that Biden is staying away from Johnson’s UK, in contrast to Donald Trump, who publicly defended fast-track trade talks and was an enthusiastic supporter of the Brexit.

Biden has criticized the UK’s handling of its withdrawal from the EU and is open to talking about his Irish ancestry. That refocused on Thursday, when the president referred to his great-grandfather, who fled Ireland in a so-called coffin ship “because of what the British had been doing.”

While Britain’s secretary for international trade, Liz Truss, has said that most of a trade text has been agreed with the US, the most controversial elements of a deal, such as access to US agricultural products such as the Chlorine-washed chicken or hormone-treated meat have yet to be traded.

Truss and new U.S. Trade Representative Katherine Tai held their first talks this week, a high-level call that focused on topics such as the coronavirus pandemic, World Trade Organization reform and dispute resolution. long-standing on illegal aid to Airbus SE and Boeing Co.

The UK International Trade Department spokesman said Truss and Tai would have “more discussions on the trade deal negotiations” after Tai considered the progress of the talks so far.

In written responses to senators during his confirmation process in February, Tai said the administration planned to review the status of the completed talks under Trump and chart a way forward that is consistent with Biden’s policy of putting the interests of workers first. Americans, without giving a time. line for that process.

“I’m having trouble seeing how the Biden administration makes this work for the next two years,” said Simon Lester, associate director of the Washington-based Center for Trade Policy Studies at the Cato Institute. “I don’t know why they would want to mention it with all the other things on their agenda.”

David Henig, director of the UK Trade Policy Project at the European Center for International Political Economy, agreed that the US now has other priorities. “It doesn’t make sense that something is about to happen imminently,” he said. “This is the year you really want to fix Airbus-Boeing, especially if you go after China.”

Permanently resolving the current quarterly rate The suspension by the United States in the Airbus-Boeing dispute, which covers trade worth about 550 million pounds (755 million dollars) with Great Britain and affects products such as whiskey and curd cream, is a priority for Tai and Truss, according to two people familiar with discussions. Progress on this issue is likely to come long before any breakthrough on a broader UK-US free trade deal, the people said.

When momentum returns to trade talks, the UK is hopeful that the new US administration. Undo the chapters that have already been agreed upon in its five rounds of negotiations, which began in May 2020.

The British government also believes it will be able to make further progress on the deal in priority areas such as climate change, data and access to digital services than was possible under the Trump administration, one of the people said.