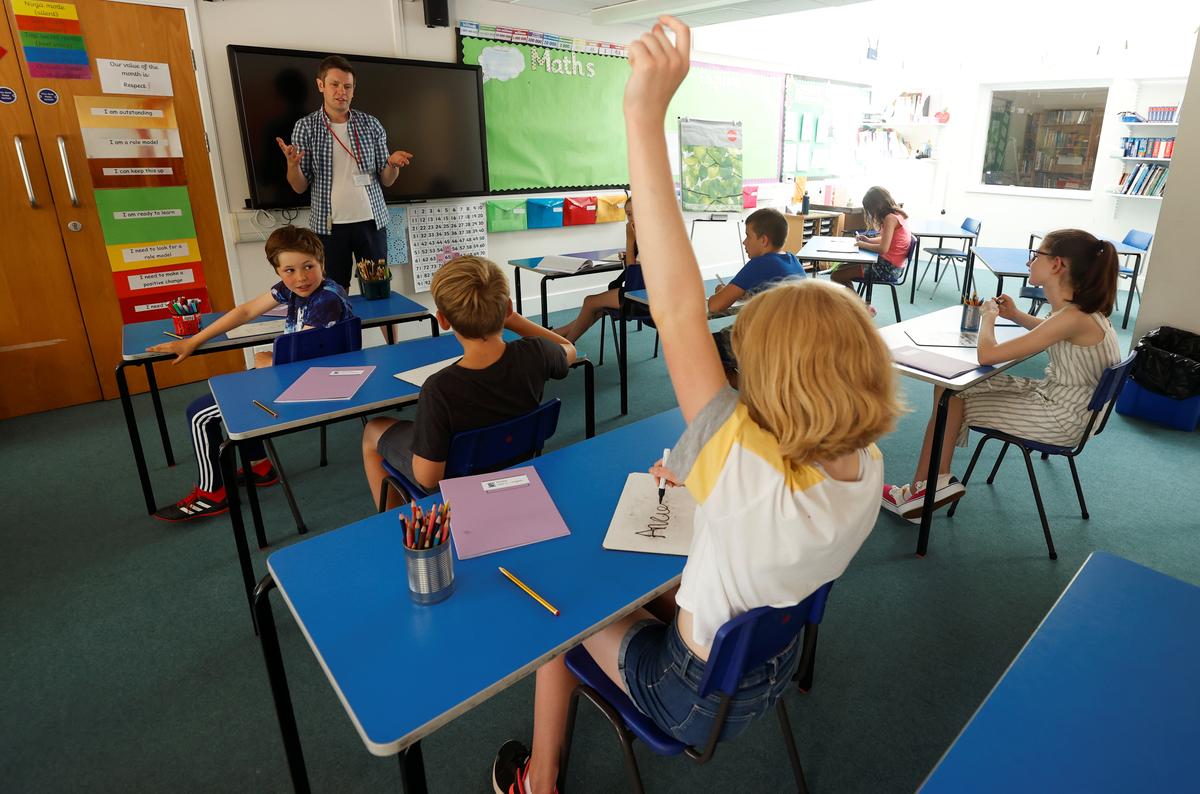 LONDON (Reuters) – Chief medical officials in the United Kingdom have said that children should return to school after the summer holidays, warning that they are at a much greater risk of catching COVID-19 if they don’t miss their education.

FILE PHOTO: During the outbreak of coronovirus disease (COVID-19) on July 17, 2020, in Watlington, UK, during the last day of school, a child studies at the Watlington Primary School in gestures.

The rare joint statement by top health advisors from the governments of England, Scotland, Wales and Northern Ireland represents a boost for British Prime Minister Boris Johnson who has said that bringing children back to school is a national priority.

Confidence in the government’s approach to schooling during the Coronavirus epidemic took a hit last week when Education Minister Gavin Williamson was forced to take an embarrassing U-turn on exam results.

“Very few, if any, children or adolescents attending school will suffer long-term harm from COVID-19,” he said. The CMO said in a joint statement published late Saturday, “Many children and young people will have to set it against the certainty of long-term harm if they don’t go to school.”

The statement said evidence has shown that lack of schooling has increased inequalities, decreased opportunities and may increase physical and mental health issues.

In contrast, there was clear evidence of a much lower rate of critical illness in children, even if they had caught COVID-19, and an exceptionally low risk of dying.

“The percentage of symptomatic cases requiring hospitalization is estimated to be 0.1% for children aged 0-9 and 0.3% in those aged 10-19, while the general population,” the statement said. UK has a hospitalization rate of over 4%. ” said.

Johnson stated that the reopening of schools in September is a social, economic and moral imperative, stating that they will be able to operate safely despite the COVID-19 epidemic.

Separately, the Chief Medical Officer of England was quoted as saying that it would be foolish to count the coronavirus vaccine being prepared for use this year.

“So planning next winter, planning on the basis that we will have a vaccine.”