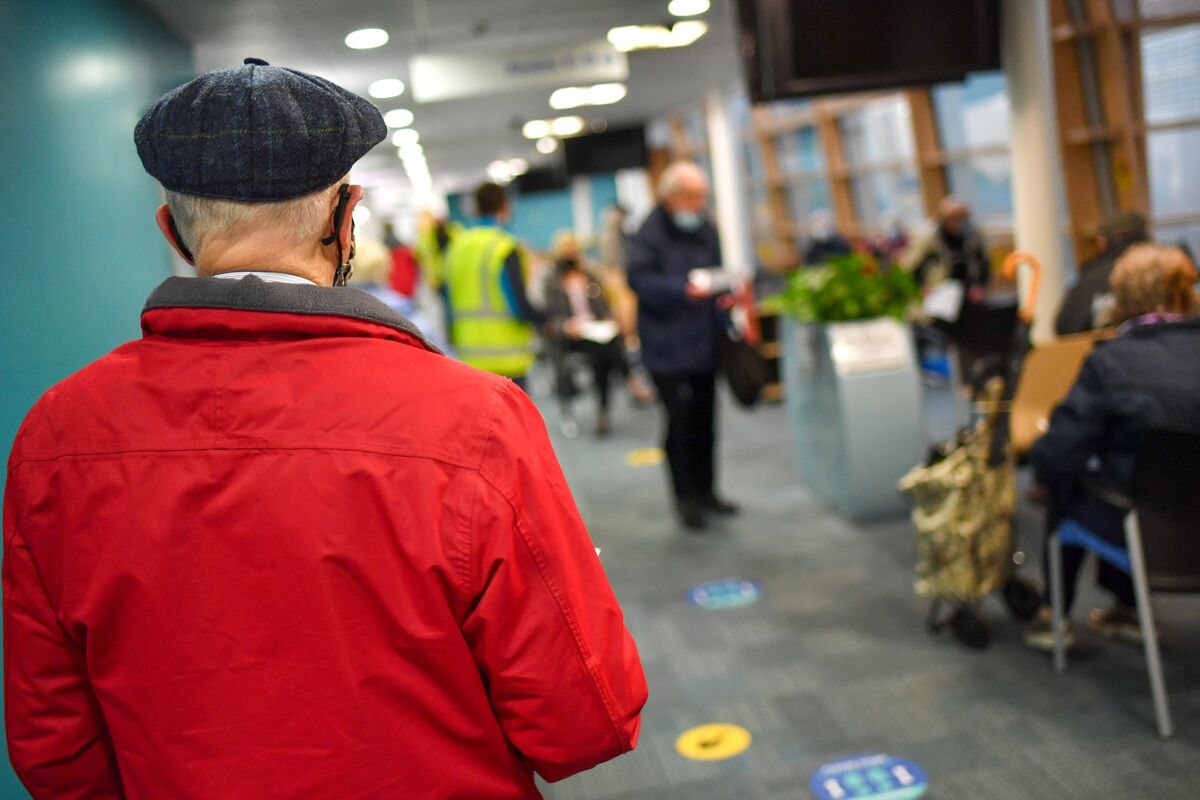 The UK is facing a “significant” four-week cut in the supply of Covid-19 vaccines from the end of March, forcing doctors to stop accepting new patient bookings for next month.

The shortage will mean a shift in focus to providing second doses to the most vulnerable people who have already been offered jabs and those in priority groups who have not yet accepted the offer. The news came when Britain announced that more than 25 million people have had a first injection of the Pfizer or AstraZeneca Plc vaccines: approximately half of the adult population.

In a letter on Wednesday to local health services groups, NHS England said the cut in supply is the result of reductions in “incoming national vaccines”. That explanation runs the risk of fueling the already heated debate over whether the European Union, which is lagging behind in its immunization program, should block vaccine exports to the UK.

Later, Health Secretary Matt Hancock downplayed the supply delays, telling a news conference that the NHS letter was routine and that vaccine shipments have always been “irregular.” He said the goal of offering a first dose to the entire UK adult population by mid-July remains in place, and those over 50 are still ready to receive their vaccinations by the middle of next month.

Even so, vaccination centers and pharmacies were ordered to stop accepting new reservations as of March 29 and not to upload new appointments to the national reservation service for the entire month of April.

“The Government Vaccine Working Group has now notified us that there will be a significant reduction in the weekly supply available from manufacturers beginning the week beginning March 29, which means that volumes for the first doses will be limited. significantly, “NHS Chief Commercial Officer Emily Lawson said in the letter. “Now they predict that this will continue for a period of four weeks, as a result of reductions in the national supply of incoming vaccines.”

“People across the country will be anxious and concerned,” Labor health spokesman Jonathan Ashworth said. “Matt Hancock needed to explain exactly what these supply problems are and what he is doing to solve them.”