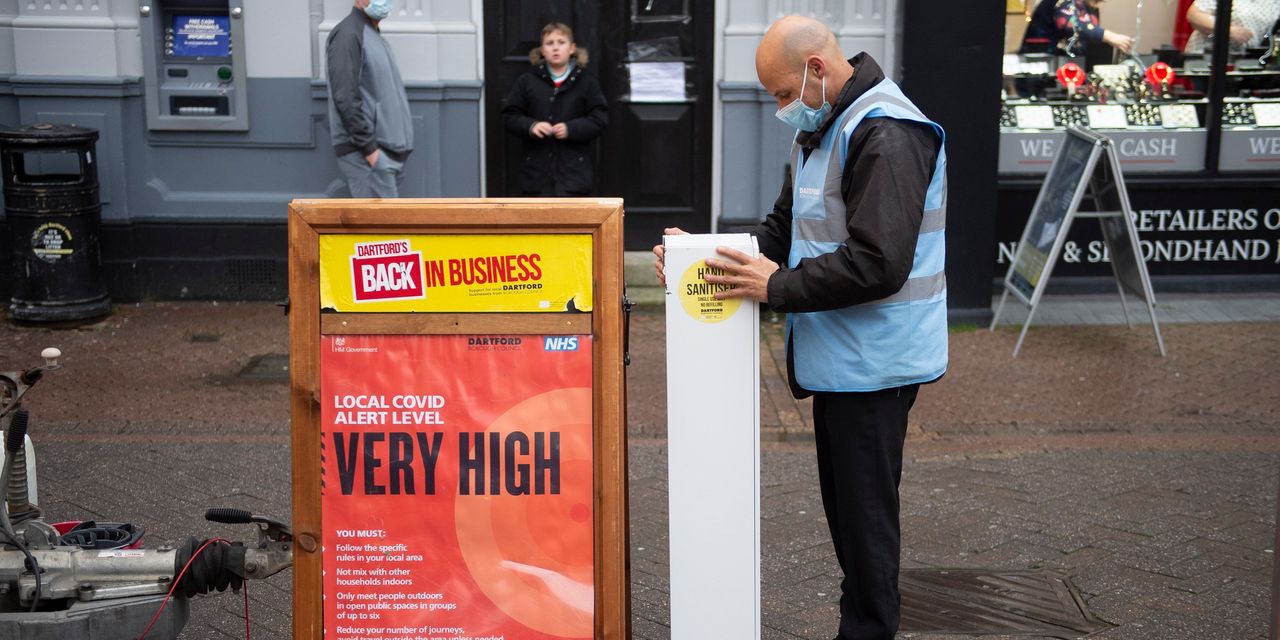 LONDON – The UK economy saw its biggest contraction in more than three centuries in 2020, according to official estimates, highlighting the economic cost of the Covid-19 pandemic in a country that has also suffered one of the world’s deadliest outbreaks.

Although the UK is grappling with a highly contagious new variant of the coronavirus, Prime Minister Boris Johnson is hopeful that a swift vaccination campaign will allow a gradual reopening of the economy in the coming months, paving the way for a rebound driven by the consumer later. in the year.

Gross domestic product contracted 9.9% for the full year, the Office for National Statistics said on Friday, the biggest annual decline among the advanced economies of the Group of Seven. France’s economy contracted 8.3% and Italy’s contracted 8.8%, according to provisional estimates. German GDP declined by 5%. The United States contracted 3.5%.

The UK GDP decline in 2020 was the largest in more than 300 years, according to Bank of England data, although the preliminary estimate is likely to be revised. BOE data show that the economy last recorded a comparable decline in 1921, when it contracted 9.7% during the depression that followed World War I. The economy last recorded a major contraction in 1709, when it fell 13% during an unusually cold winter known as the Big Frost.

Britain was hit particularly hard in the second quarter of 2020 when a nationwide shutdown went into effect. Social distancing and the closure of restaurants, bars, hotels and theaters were painful for the economy, where a greater proportion of the national income is spent on recreation and similar services that require face-to-face contact than in other comparable economies.