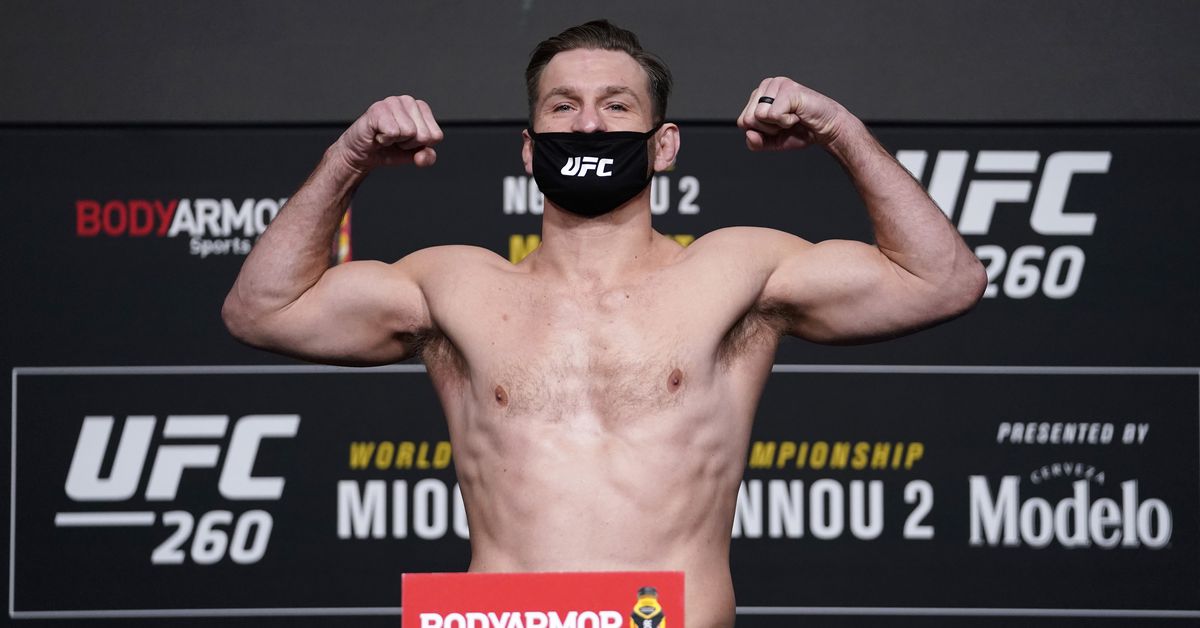 UFC heavyweight champion Stipe Miocic is giving up a lot of size in his rematch with Francis Ngannou.

Miocic weighed 234 pounds at Friday’s official weigh-ins for UFC 260 in Las Vegas, nearly 30 pounds less than Ngannou, who weighed 263 pounds. That difference is more pronounced than in their first meeting at UFC 220 in January 2018, when Miocic weighed 246 pounds (Ngannou also weighed 263 for that fight) and then defeated Ngannou by unanimous decision.

Of the 20 fighters scheduled to compete on Saturday’s undercard, 18 managed to gain weight on their first try.

Light heavyweight Fabio Cherant and welterweight Jared Gooden came in heavy on their first attempts at the opening two-hour weigh-in window. Cherant agreed to his fight with Alonzo Menifield with less than a week notice following the withdrawal of William Knight.

The Nevada Athletic Commission granted Cherant and Gooden an extra hour to attempt a second weigh-in. Gooden managed to weigh 171 pounds on his second attempt.

Cherant came back up heavy at 206.5 pounds on his second try. His fight with Menifield will proceed as a middleweight and he will lose 20 percent of his purse to Menifield as a penalty.

See the UFC 260 weigh-in results below:

* Cherant lost weight on the first try. He was given an additional hour to lose the remaining weight, but he officially weighed 206.5 pounds on his second attempt. His fight with Alonzo Menifield will proceed at a middleweight and Cherant will give up 20 percent of his purse to Menifield.

** Gooden weighed 171.5 pounds on the first try. He was given an additional hour to lose the remaining weight and managed to reach 171 pounds on his second attempt.