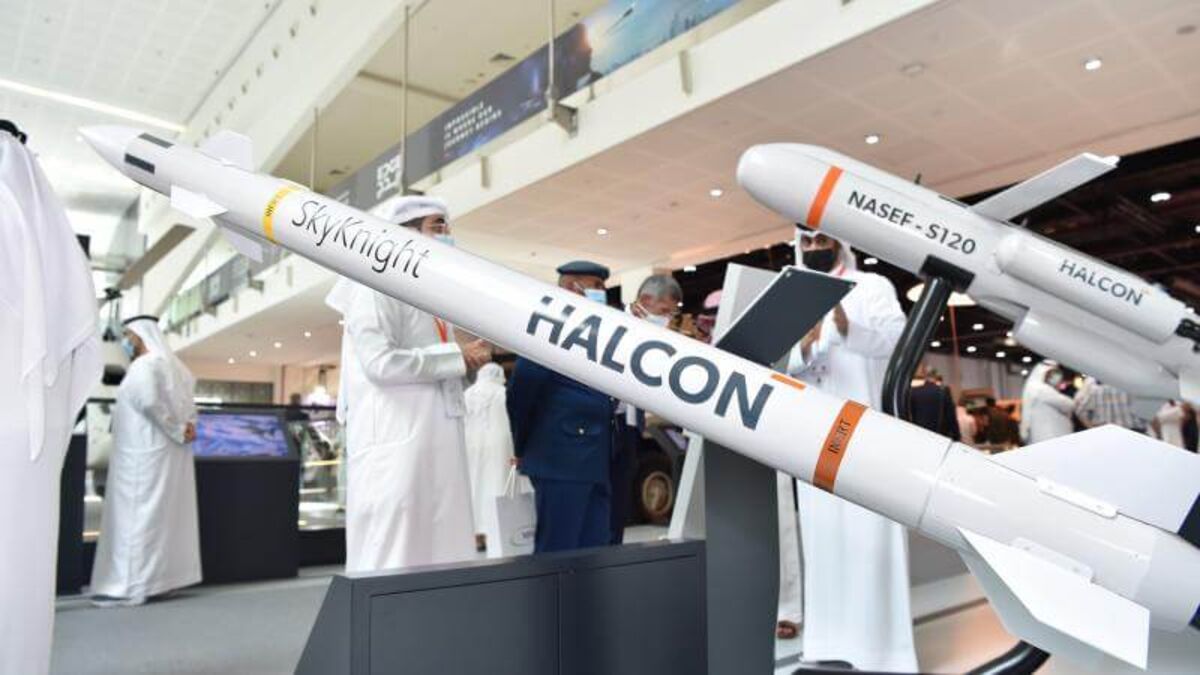 The UAE said it will supply its first locally made air defense missiles to German security contractor Rheinmetall AG, as the Gulf state expands the production and export of military technology.

Halcon, a state-owned unit Edge Group, designed the SkyKnight missile system to provide early warning signals and counter threats from aircraft, UAVs and rockets, according to the announcement made during the Abu Dhabi International Defense Exhibition and Conference on Tuesday. The missiles will be part of Rheinmetall’s Skynex defense system, the statement said.

The oil-rich UAE has vowed to localize arms production and exports amid a drive to diversify its economy and become less dependent on foreign companies, particularly defense contractors. Last year, the Abu Dhabi-owned Edge accounted for 1.3% of global arms sales, ranking 22nd out of the world’s top 25 companies, according to the Stockholm International Peace Research Institute.

Edge CEO Faisal Al Bannai said in an interview that he expects sales to grow by as much as 15% in 2021, up from $ 5 billion last year.

The group specializes in autonomous technologies, smart missiles, and electronic warfare. Although electronic warfare systems have had only a limited presence in Edge’s portfolio at this time, the company plans to become a global player by developing sophisticated products in the next two years, Al Bannai said.

The goal, he said, is not to cater to basic solutions, but to “really offer advanced solutions.”

Abu Dhabi established Edge in November 2019 and combined 25 companies under its umbrella, making it one of the largest advocacy groups in the Middle East.

Read more: US slows arms sales to Saudi Arabia and UAE for review