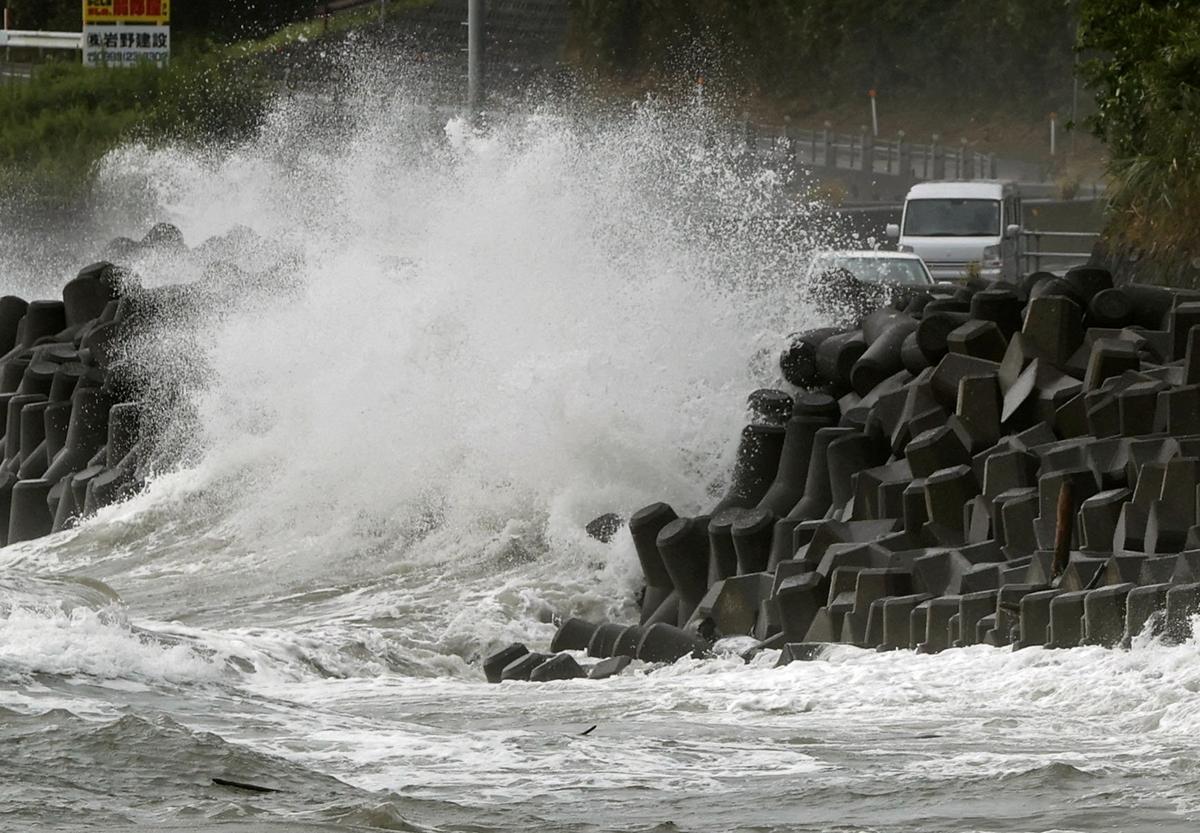 SEOUL / TOKYO (Reuters) – South Korea on Monday hit its southern peninsula offshore after a powerful storm struck the southern islands of Japan, but passed away without major damage or casualties.

In this photo taken by Kyodo, high waves erupted from the Typhoon Hashen crash against the coast in Koshoshima, Kogoshima Prefecture on September 6, 2020 in southwestern Japan. Mandatory Credit via Kyodo / REUTERS

The Meteorological Agency of South Korea said the storm was moving north from the southern city of Ulsan with strong winds moving at a speed of 126 km (78 mi) per hour.

High winds have already cut off power in about 5,000 homes on the southeast tip of the southeast Korean peninsula, including the Saizu island of Jiju, which received more than 473 mm (19 in) of rain since Saturday.

Authorities have evacuated about 1,000 people, while more than 300 flights have been canceled at 10 airports, including Jiju International Airport. The country’s security ministry said that entry into national parks and some national rail services has been suspended.

Public broadcaster NHK reported that in Japan, about 440,000 homes in the southwestern Kyushu region had no electricity after the storm on Monday morning. It said that 32 people were injured, including a woman who took a flight of stairs in the dark and four people were injured after the glass windows of an evacuation center were cut.

About 2 million people were ordered to evacuate the area, recovering from heavy rains and flooding in July, killing 83 people.

North Korea, which suffered the brunt of both Maysk and Typhoon Bavi a week ago, is also in the trajectory of Hshen, with the port city of Chongjin expected to arrive late Monday evening.

Live footage on State TV, a rarity that has been broadcast for three weeks now, shows trees and waves rising in Tongchon County in Gangwon Province bordering the south. The state broadcaster reported that all Tongchon residents were evicted.

North Korea’s agricultural sector is particularly vulnerable to severe weather, and this summer’s storms and floods have raised concerns over the country’s difficult food situation.

Reporting by Sangmi Cha in Seoul and Sakura Murakami in Tokyo; Editing by Jane Wardell