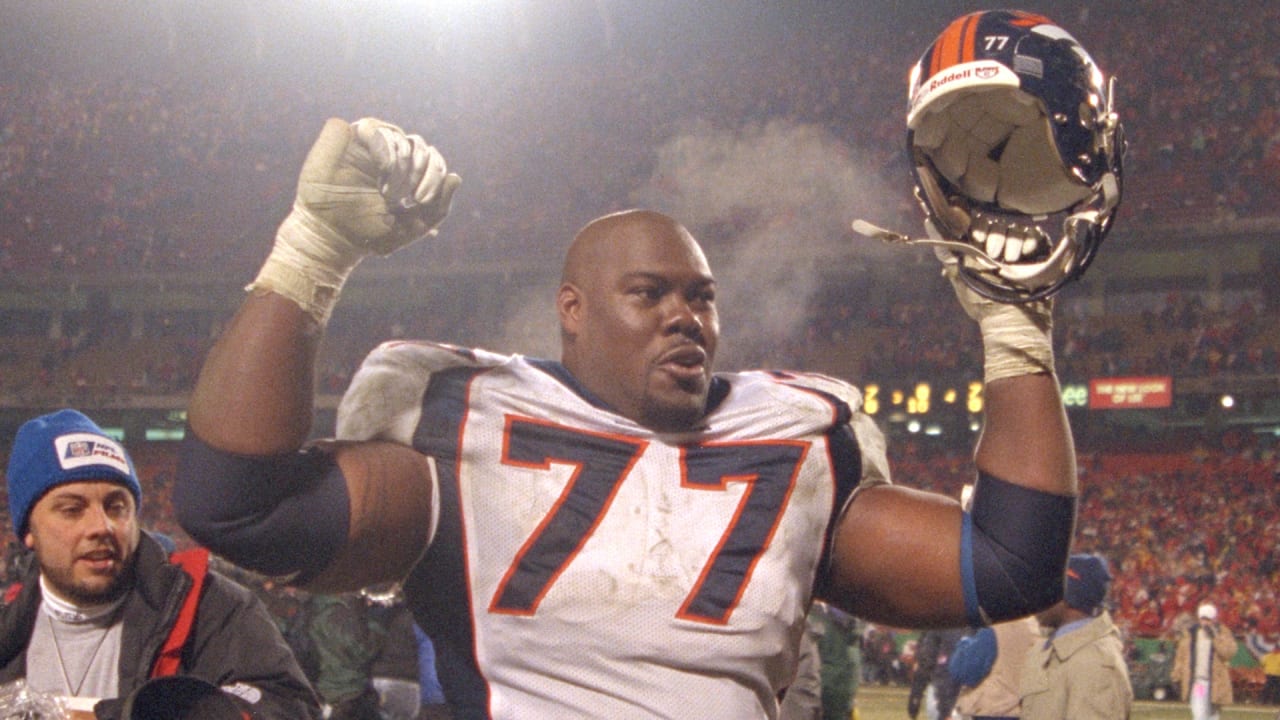 A 13-year NFL veteran, Jones played four seasons for the Broncos from 1997–2000. He served as the team’s authority during his first World Championship season in 1997 and held the future Hall of Family Reggie White without a sack in Super Bowl XXXII. Jones then took the left tackle position in 1998 as Denver secured another title. Jones earned Pro Bowl honors that season as he guarded John Elway’s blind side.

The 6-foot-5, 290-pound player started all 60 games, appearing in his four seasons in Denver. Jones joined Brown as an unpublished player in 1988 and spent eight seasons in Cleveland. Jones was a second team All-Pro in 1994.

Jones spent the 1996 season with Rance before taking a second-round pick to acquire the Broncos in February 1997.

A Roston native of Georgia, Jones was named a member of the Broncos’ Top 100 team in 2019. The players list celebrated the franchise’s all-time greatest players and was voted on by fans.

DenverBroncos.com also ranked Jones as the fourth-best tackler in team history in 2016.

“We lost a great man,” Ring of Fame wide receiver Rod Smith posted on Instagram on Friday. “Just became one hell of a ball play. We love you and miss you Bone. One of the Broncos is the best. The best dresser of all time!”

Pro Football Hall of Famer Steve Atwater was also close with Jones, as the two lived close to each other after their NFL careers.

“He was a wonderful man, a cat of a good man,” Atwater said. “Great football player – mean, bad. This is the kind of man you want to go to war with if you’re going to war. And we were really good friends. We lived in the same neighborhood when we lived in Georgia – Lived. Sugarloaf Down in Down. We had a very good friendship. … He and another friend of mine, before relocating from Atlanta, we used to eat a little bit of lunch, took me out to lunch. . I always remember how good a man feels. How great he was with his children. A good man, man. “