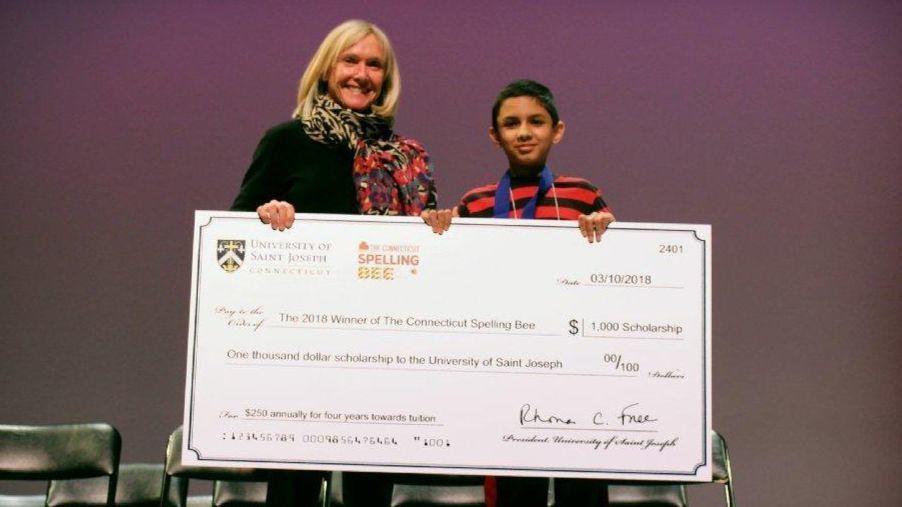 Connecticut students Aritra Banerjee of Rocky Hill and Arin Bhandari of West Haven pbaded Round 3 of the Scripps National Spelling Bee on Wednesday.

The two Connecticut students qualified for the final round, but in the end they did not make it to the end.

Despite their success, they were eliminated from the final round when the judges were forced to narrow the group of 321 spellers who had made Round 3 to no more than 50.

The judges made the decisions in based on the scores of a written test that cavers took on Tuesday.

Forty-one students will compete in the Scripps National Spelling Bee in Maryland on Thursday. After a total of three rounds and a preliminary test, the group has been significantly reduced from the 500 students who started the competition on Sunday.

The final contestants made their way between difficult words such as "sinusitis" and "dizzying" and competition from across the country to reach the final round.

Banjeree and Bhandari were two of the five Connecticut students who competed in the national contest.

Banjeree won the Connecticut spelling bee in March after spelling "inevitability" correctly in Round 19 to become a state champion.

He received a $ 1,000 scholarship to St. Joseph's University in West Hartford, which hosted the competition.

"Without words, we would not have a world," Banjeree said in March. "Communication is one of the most important things in our world today."

Jerry Li of Guilford, Roderick Chittem of Bethel and Janelle Newell of Bridgeport came to Round 3, but stumbled upon harsh words such as "panoplia", "Tuberosa" and "celtuce".

The 2018 competition is the 91st National Spelling Bee, which began in 1925. The competition has been held consecutively with exceptions in 1943-1945 when it was canceled due to World War II.