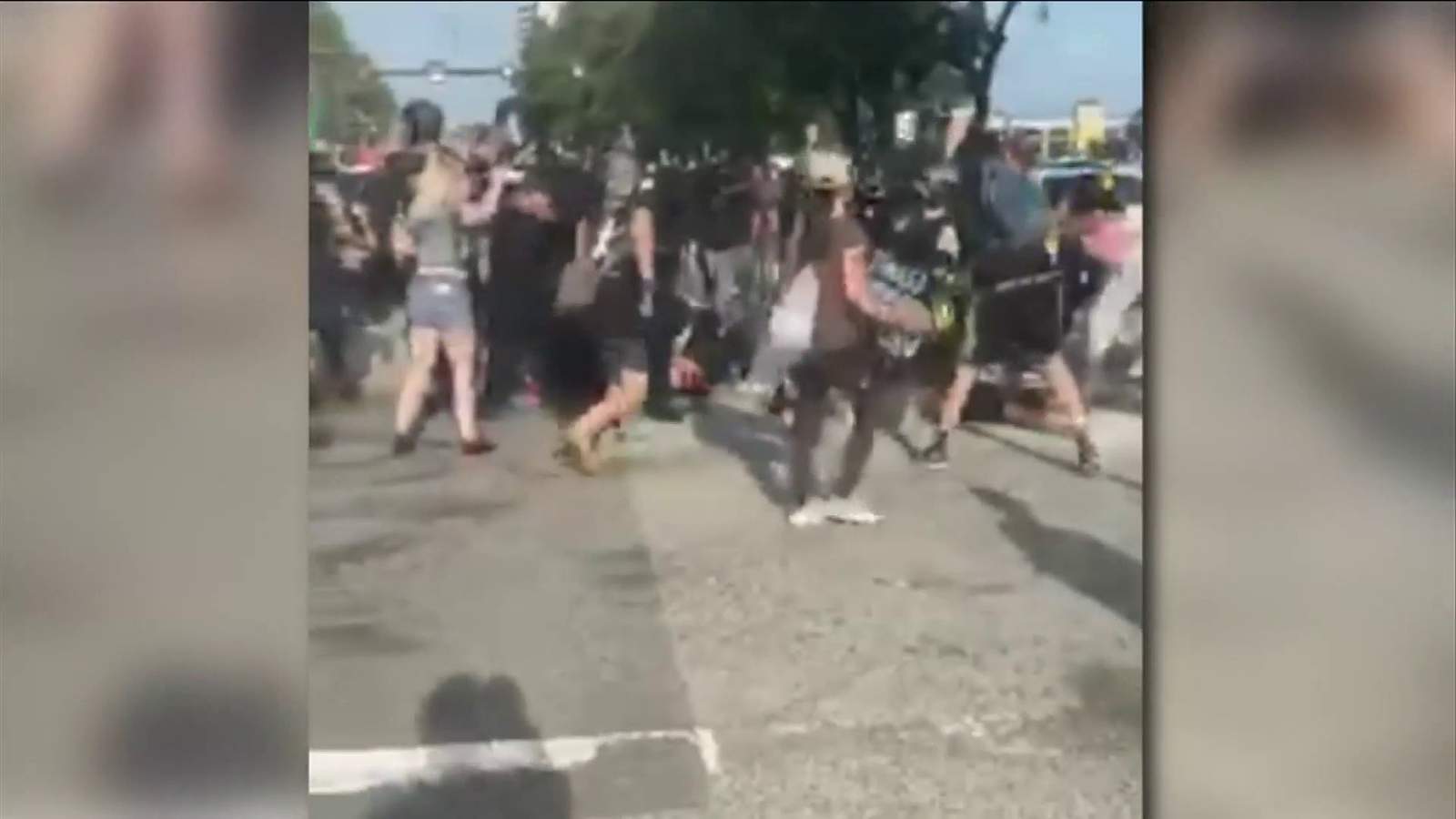 Alecia Kirby and Carlos Cruz claim they were “attacked during daylight hours without cause by JSO agents” during protests in downtown Jacksonville.

The video shared by the attorney representing Kirby shows the incident in question. At one point, an officer in riot gear can be seen using both hands to press the side of Kirby’s face against the pavement.

According to the lawsuit, Kirby was pointed out as an officer forcibly carried him to the ground.

It is important to note that in the short video posted by Kirby’s attorney, you cannot see what happened in the moments before she was on the ground.

The lawsuit only represents one side of the story. JSO told News4Jax that it does not comment on active litigation.

In the 19-page lawsuit, Kirby and Cruz claim they were exercising their constitutional rights to freedom of expression and assembly on May 30. The complaint says they were leaving peacefully after police fired tear gas when they were attacked by several officers.

In Cruz’s case, the lawsuit says he was forcibly knocked down and injured his knee. The lawsuit also claims that Cruz was beaten and suffocated by officers while in detention.

Several officers, as well as Sheriff Mike Williams, are listed as defendants in the lawsuit.

“Sheriff Williams is responsible for the lack of proper procedures and indeed this custom, which appears to have been demonstrated by having consecutive days of inappropriate treatment of individuals exercising their constitutional rights,” said Neil Henrichsen, attorney for Kirby and Cruz. .

The plaintiffs are now asking for a jury trial on all of the claims listed in the lawsuit.

It is not the first time that JSO has faced a lawsuit related to last year’s protests.

A photographer claimed she was arrested, handcuffed and beaten on the head by a Sheriff’s Office officer during the May 31 protests against police brutality in downtown Jacksonville.

State Attorney Melissa Nelson dropped the charges against the photographer and 47 other protesters.

Four of those arrested sued JSO, claiming their arrests were illegal.

As part of the agreement, JSO also agreed to make three changes to the way it handles protesters.