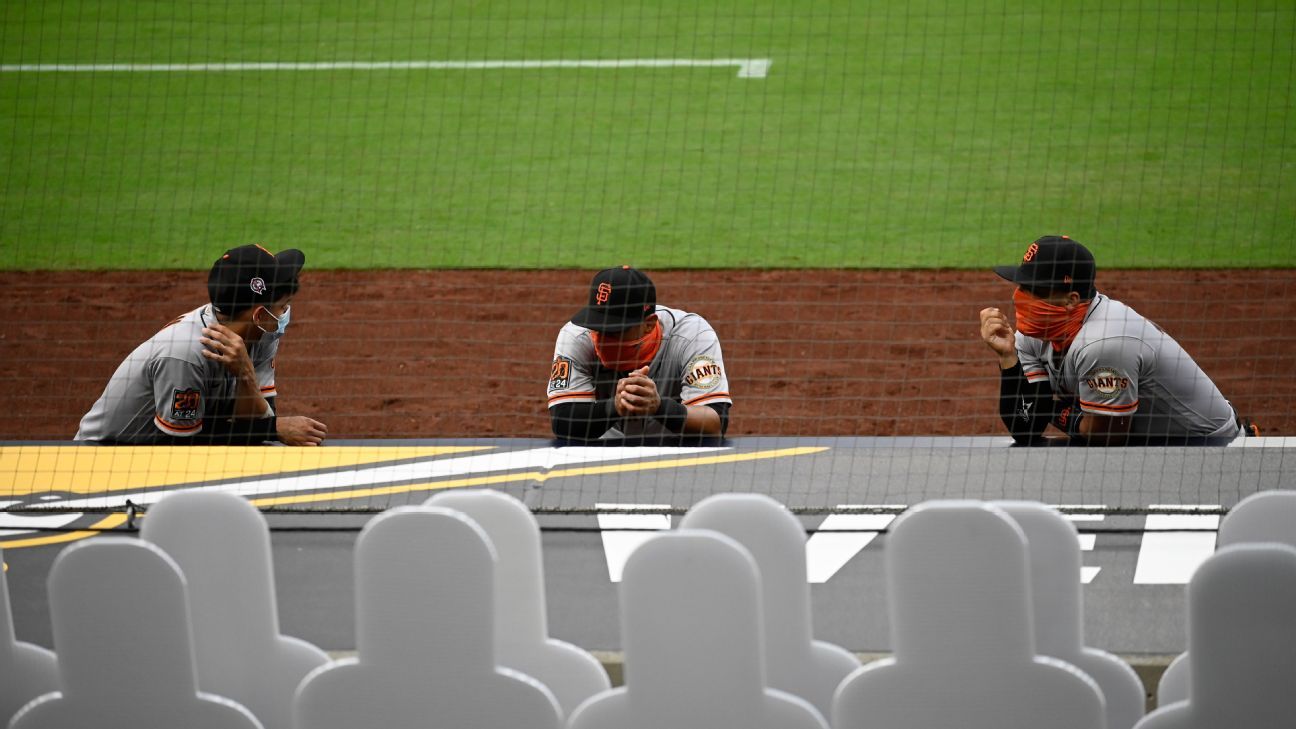 SAN DIEGO – The game between the San Francisco and San Diego Padres was postponed ahead of the first pitch scheduled for Friday night, as someone in the Giants organization tested positive for COVID-19.

Saturday night games at Petco Park were also called off. The teams were scheduled to play through Sunday.

This was the first postponement due to COVID-19 for both teams. 50 major league games have been postponed this season due to Coronavirus concerns.

The two teams lined up for a moment of silence for the September 11, 2001 terrorist attacks and then the national anthem. But the Padres did not take the field and the team announced that the game had been postponed.

Players from both teams were well placed in and around the dugout after Garrett Richards threw the first pitch. About half an hour after the game began, Padres announced the reason for the postponement. A few minutes after that, the Padres entered the stands for a team meeting.