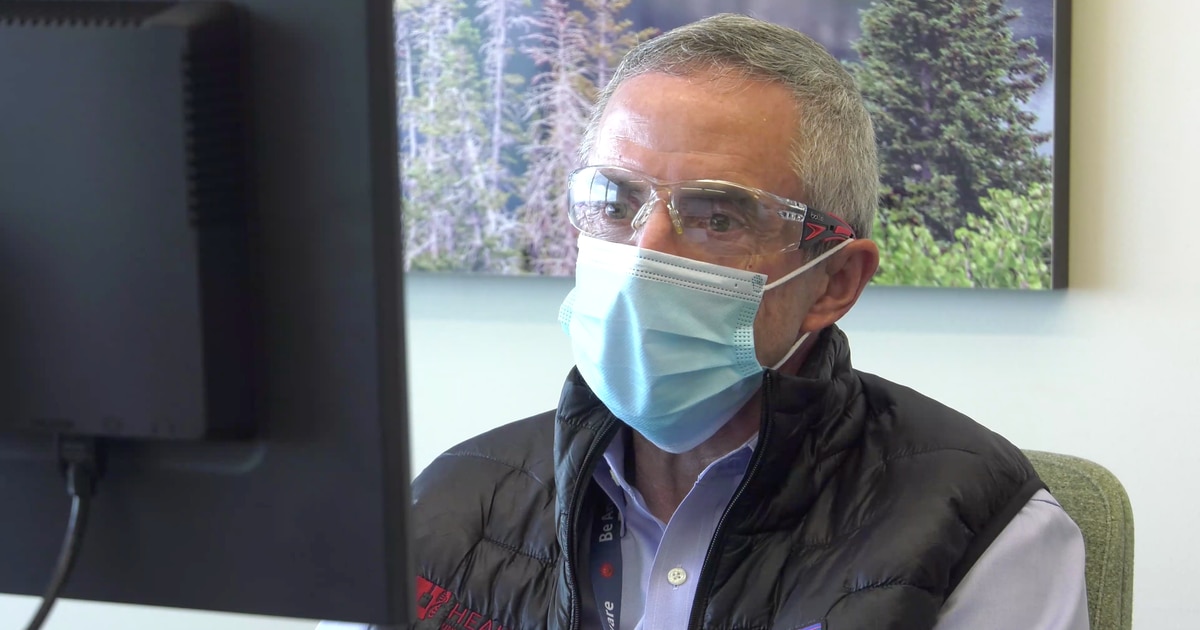 But RSV, which mainly affects infants and young children, is likely to “roar back,” says the doctor.

Two illnesses that generally hit children hard in the winter, pediatric flu and RSV, are virtually non-existent this year due to the COVID-19 pandemic, says a leading Utah pediatrician.

The bad news: Both could make a strong comeback next year.

Most years, Pavía said, 80 children a week would be admitted to Primary Children’s with RSV, and a third of them would need to enter the intensive care unit.

As for the flu, Pavía said, the Centers for Disease Control and Prevention have reported about 1,400 cases of pediatric flu nationwide, when, in an average year, “that number would be in the range of 500,000.” , He said.

“We are seeing something that we have never seen in the last 35 years,” Pavia said Monday during Intermountain Healthcare’s weekly coronavirus briefing on Facebook Live. “It’s really, really, one of the good side effects, if you will, of the COVID-19 pandemic.”

Part of the flu decline can be attributed to COVID-19 travel restrictions, Pavia said, as people traveling from other countries often carry the flu strains. Pavía added that masks, hand washing, and social distancing are known to reduce the spread of the flu, and taking those public health measures for COVID-19 is “a natural experiment in which we are controlling [the flu] really dramatically, ”said Pavia.

The drop in RSV, which stands for respiratory syncytial virus, “is somewhat more disconcerting,” said Pavía. A major symptom of RSV is a runny nose, and runny noses are a major way the virus spreads, so masks and hand washing are likely to limit the amount of secretions that circulate.

Children under the age of 3, who are more susceptible to RSV, do not congregate as much during the pandemic, with fewer play dates and visits to daycare, Pavia said. He also noted that older siblings who are learning online or have fewer in-person school days don’t bring as many viruses home.

All of this explains why RSV numbers would drop, Pavía said, but not why “it is practically zero throughout the country.”

One theory that experts are arguing, although there isn’t much evidence to support it yet, Pavia said, “is that viruses interfere with each other. And when a virus takes over the jungle, it essentially drives out all the other animals. … Viruses have these strange interactions that we don’t fully understand. “

“It is very likely that when both the flu and RSV are gone for a while, there will be more people completely susceptible to the disease,” said Pavia. “So when it comes, it spreads more dramatically and we see a more serious disease.”

Flu rates tend to fluctuate, Pavia said, with a mild year often followed by a severe one. RSV, on the other hand, “depends a lot on each year we have a new generation of babies who are completely susceptible to RSV. In Utah, it’s another 50,000 good hosts for the virus to attack. This year, we are going to have a whole year of babies who never saw RSV. So next year, we will have twice as many naive babies who are susceptible. “

Doctors in Western Australia, Pavia said, noted that RSV was largely absent there in June and July, when it is winter in the southern hemisphere, while the country controlled the spread of COVID-19. Recently, as COVID-19 restrictions there were loosened, doctors saw a large increase in RSV during the Australian summer.

“RSV is going to do something really weird when he gets back,” Pavia said. “We really can’t predict it very well. Our feeling is that he will come roaring back, and we will have a bad RSV year when he returns. “