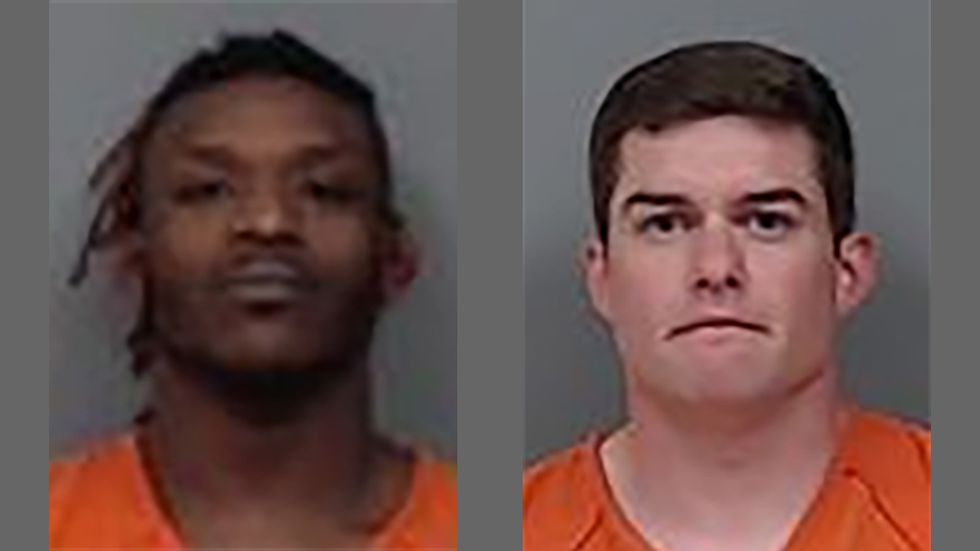 CEDAR RAPIDS, Iowa (KCRG) – Two people were detained after a report of a fight on a downtown street and a subsequent shooting.

Around 12:58 a.m., the Cedar Rapids Police Department was dispatched to a report of a fight between two people outside the Hazzard County American Saloon, located at 402 Second Avenue SE. The report indicated that one of the people involved in the fight had a gun. When officers arrived at the bar, no one was found fighting outside. Officers reported hearing a gunshot shortly thereafter near the intersection of Second Avenue SE and Third Street SE.

Witnesses told officers that the person who allegedly fired the gun got into a white pickup truck, which fled the scene. Police were able to stop a 2011 Ford F-150 shortly thereafter in the 400 block of Third Avenue SE.

The truck driver, Turnis, was allegedly operating while intoxicated. A passenger, later identified as Jackson, was named a suspect in the shooting incident based on a 9mm pistol recovered from the truck and a spent bullet casing near the scene of the incident, according to authorities.

No one was reportedly injured in connection with the incident and no property damage was observed.

Both men are being held at the Linn County Jail. Jackson also has a court order pending with the Webster County Sheriff’s Office.