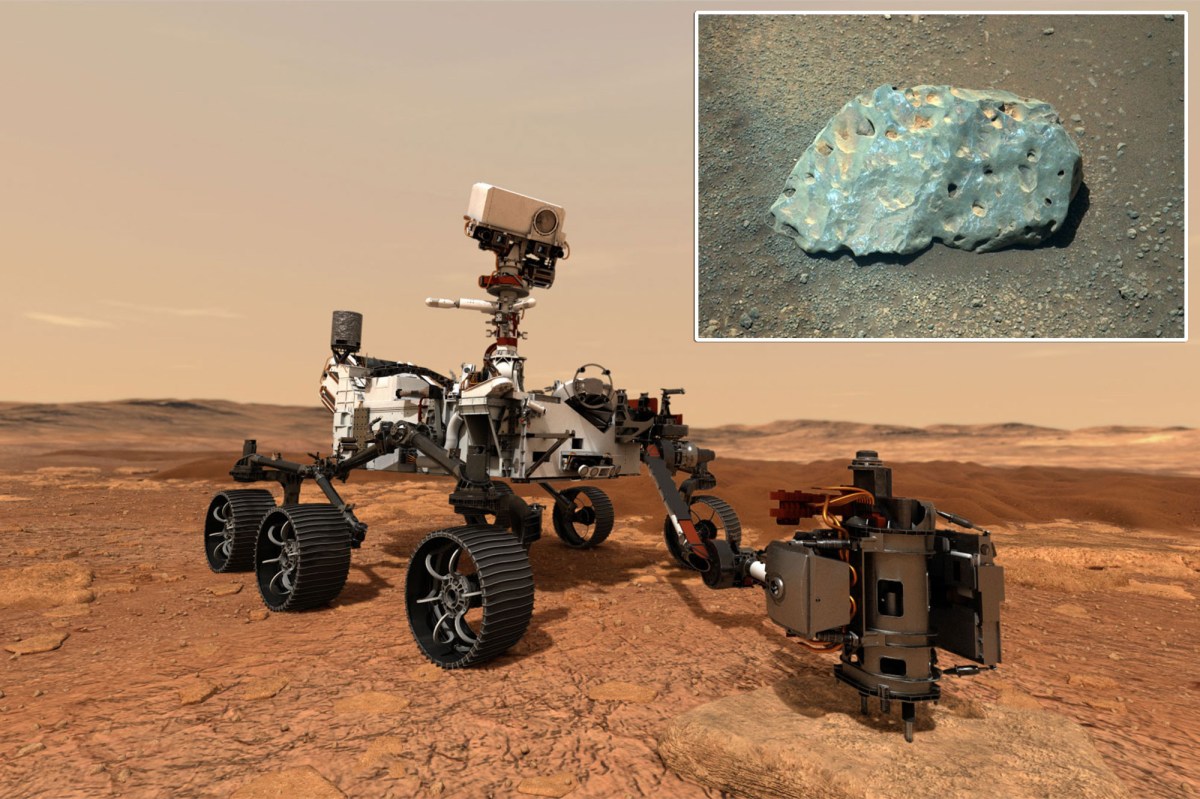 NASA’s rover on Mars has made a “strange” and fascinating find on the Red Planet: a small greenish rock full of craters.

Wednesday’s discovery has now prompted the instruments of perseverance to take a closer look, and scientists are “exchanging many hypotheses.” according to the rover’s Twitter page.

“While the helicopter is getting ready,” the account read, referring to a separate mission from the Ingenuity helicopter, “I can’t help but look at the nearby rocks.

“This stranger has my science team swapping a lot of hypotheses,” he continued.

“It is about 6 inches long. If you look closely, you might see the row of laser marks where I did it to get more information. “

The rover’s laser is part of the SuperCam instrument, one of seven science instruments aboard the robot, according to Space.com.

The information gathered by the laser could help scientists determine whether the small green Martian rock formed at the site or was transported to Jezero Crater, an ancient lake bed, by the movement of water, a meteor, or some other. another type of “impact event.”

“Is it something eroded from the local bedrock? Is it a chunk of Mars that was dropped into the area by a distant impact event? Is it a meteorite? Or something else? “, As explained by the rover’s Twitter account.

Scientists hope that Perseverance can find a suitable launch site for its mini-helicopter before the end of the month to explore more of the Red Planet.