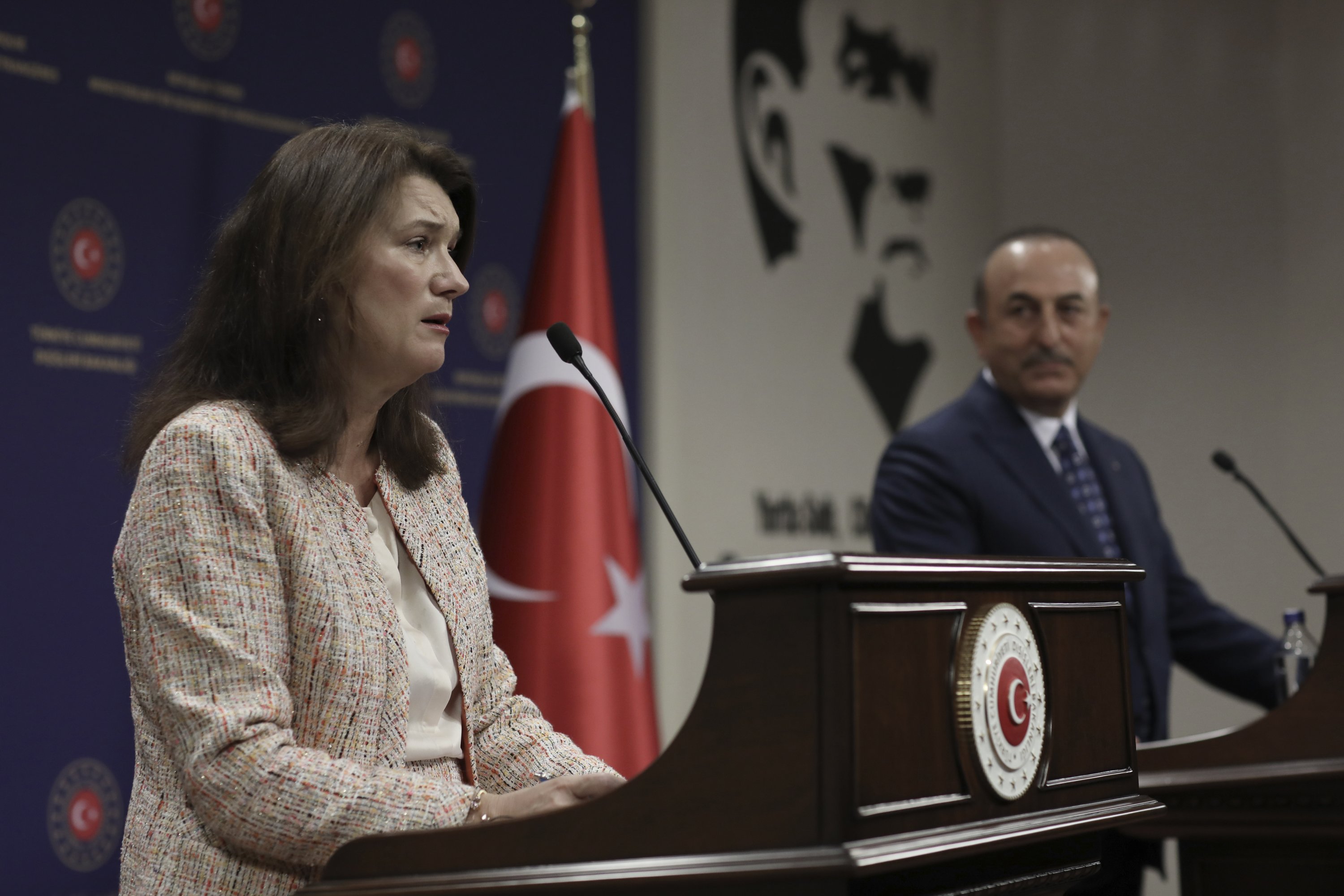 ANKARA, Turkey (AP) – Sweden’s foreign minister during a joint news conference on Tuesday criticized the ban on freedom of expression to its Turkish counterpart after being fiercely taunted over Stockholm’s policies.

“I want to ask: By whose authority are you asking Turkey to remove Syria or warn Turkey?” Cavusoglu asked. “If you are so sensitive to human rights, why don’t you criticize Greece once?”

Linde reprimanded Cavusoglu: “I am your guest. I will not argue here.”

“I just hope that everyone in Turkey will have the possibility to express their views as you are doing, Minister,” she said.

It was a thin-veil reference to Turkey’s much-publicized record on freedom of expression, which included an expansion of the marks of journalists and Kurdish politicians.