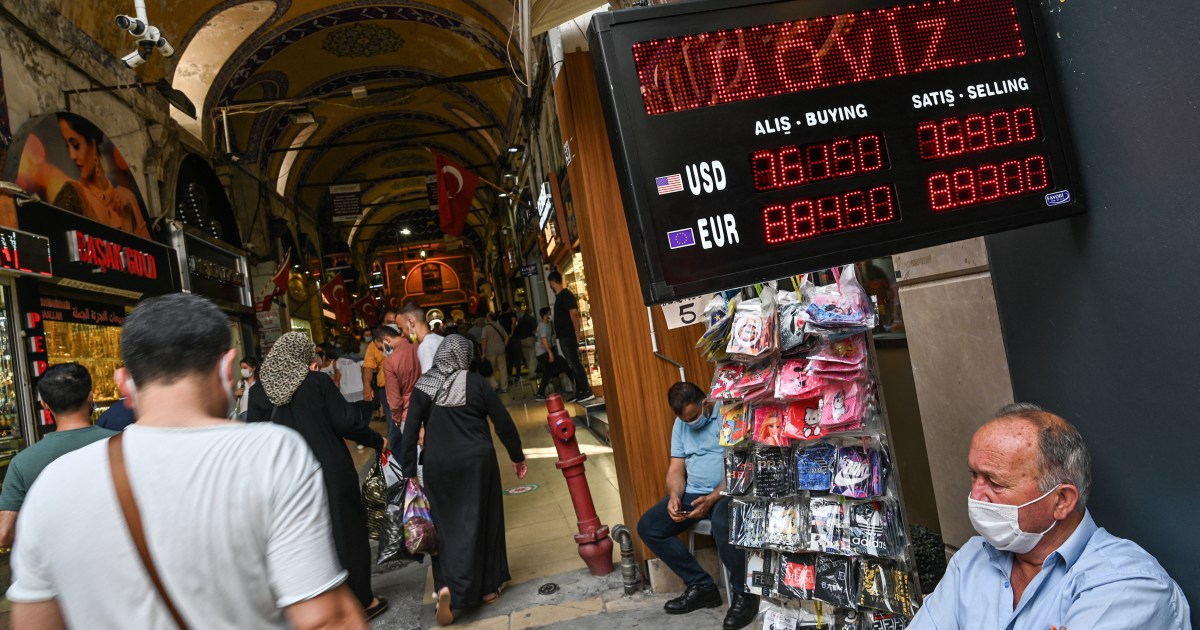 He will be replaced by a banking professor who has advocated for lower interest rates.

Agbal was hired to head the central bank after the Turkish lira hit record lows and inflation soared. In his months in office, Agbal had raised the benchmark rate by a total of 875 basis points, working to rebuild the central bank’s credibility after it was damaged by years of unorthodox policies.

Agbal’s most recent increase of 200 points on Thursday brought the rate to 19 percent, which was higher than analysts expected.

The bank said tight monetary policy will remain until inflation, which has reached 15.61 percent, is under control.

Erdogan is openly averse to high interest rates, claiming that high rates cause inflation, which is contrary to mainstream economic theory.

It has pressured the central bank to keep rates low to boost borrowing and growth. Critics say the central bank’s independence has been badly damaged by political pressure.

Erdogan’s decree on Saturday appoints Sahap Kavcioglu as the new head of the central bank. Kavcioglu is a banking professor and columnist for a pro-government newspaper where he has advocated for low interest rates.

He previously served as a politician in Erdogan’s ruling party.

Former central bank managers before Agbal have consumed most of Turkey’s reserves trying to support the currency, while rates have remained well below inflation.

A modest recovery in the value of the lira since Agbal’s appointment in November had given the impression that he had earned Erdogan’s blessing to keep the rate high for some time to avoid inflation and help the lira rebound.

But Erdogan’s aversion to high interest rates has remained constant, and he said as recently as January that he was “absolutely against” them.

“I know our friends get angry but with all due respect, if I am president of this country I will continue to say this because I believe that high interest rates will not help the development of this country,” he said.