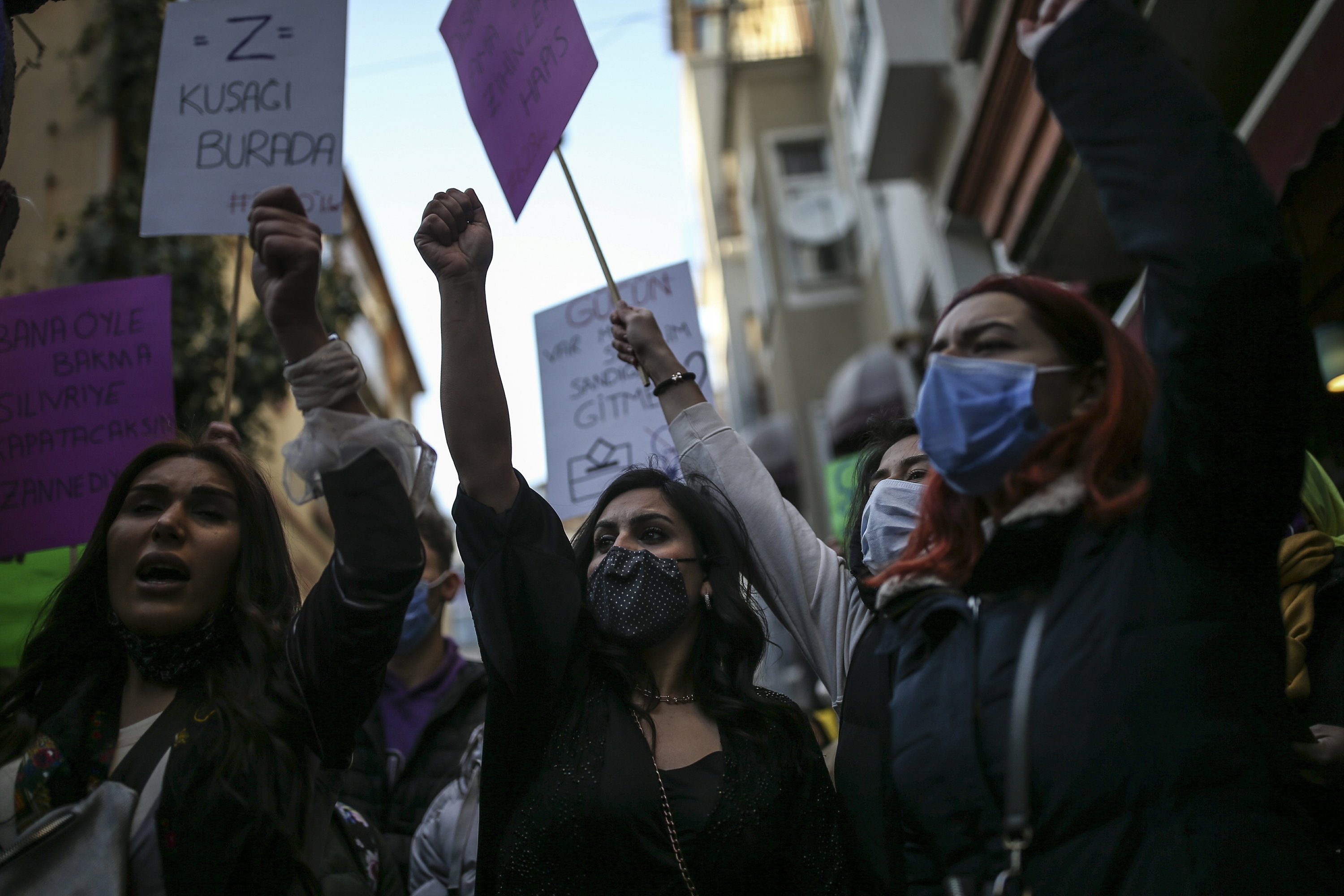 ISTANBUL (AP) – Turkey withdrew early Saturday from a landmark European treaty protecting women from violence that was the first country to sign 10 years ago and is named after its largest city.

President Recep Tayyip Erdogan’s overnight decree nullifying Turkey’s ratification of the Istanbul Convention is a blow to women’s rights advocates, who say the agreement is crucial to combat violence. domestic. Hundreds of women gathered in Istanbul to protest against the measure on Saturday.

“This move is a major setback for these efforts and even more regrettable because it compromises the protection of women in Turkey, throughout Europe and beyond,” she said.

The Istanbul Convention establishes that men and women have the same rights and obliges state authorities to take measures to prevent gender-based violence against women, protect victims and prosecute perpetrators.

Some officials from Erdogan’s Islam-oriented party had advocated a revision of the agreement, arguing that it is inconsistent with Turkey’s conservative values ​​by encouraging divorce and undermining the traditional family unit.

Critics also claim that the treaty promotes homosexuality through the use of categories such as gender, sexual orientation, and gender identity. They see it as a threat to Turkish families. Hate speech has been on the rise in Turkey, including the interior minister who described LGBT people as “perverts” in a tweet. Erdogan has rejected its existence entirely.

Women’s groups and their allies who have been protesting to keep the convention intact immediately called for demonstrations across the country on Saturday under the slogan “Withdraw the decision, implement the treaty.” They said that their struggle of years would not be erased overnight.

Human rights groups say violence and killings of women are increasing in Turkey, but the interior minister called it a “complete lie” on Saturday.

A total of 77 women have been murdered since the beginning of the year, according to the We Will Stop Femicide Platform. Some 409 women were killed in 2020, and dozens of them were found dead under suspicious circumstances, according to the group.

Numerous women’s rights groups criticized the decision. The Turkish Women’s Coalition advocacy group said the withdrawal of a human rights agreement was a first in Turkey. “It is clear that this decision will further encourage murderers of women, stalkers, rapists,” his statement said.

Turkey’s Justice Minister said the government was committed to combating violence against women.

“We continue to protect the honor of our people, family and our social fabric with determination,” Justice Minister Abdulhamit Gul tweeted.

Erdogan has repeatedly emphasized the “sanctity” of the family and has asked the women to have three children. Its communications director, Fahrettin Altun, said the government’s motto was “Powerful Families, Powerful Society.”

Many women suffer physical or sexual violence at the hands of their husbands or partners, but up-to-date official statistics are not available. The Istanbul Convention requires states to collect data.

Hundreds of women and allies gathered in Istanbul, with masks and banners. Their rally has been allowed so far, but the area was surrounded by police and a coronavirus curfew begins at night.

They shouted pro-LGBT slogans and called for Erdogan’s resignation. They cheered when a woman speaking through a megaphone said: “You cannot close millions of women in their homes. They cannot be erased from the streets and squares. “

Turkey was the first country to sign the “Convention to prevent and combat violence against women and domestic violence” of the Council of Europe in a committee of ministers meeting in Istanbul in 2011. The law entered into force in 2014 and the constitution of Turkey says international agreements have the force of law.

Some lawyers claimed on Saturday that the treaty is still active, arguing that the president cannot withdraw from it without the approval of parliament, which ratified the Istanbul Convention in 2012.

But Erdogan gained sweeping powers with his re-election in 2018, triggering Turkey’s shift from a parliamentary system of government to an executive presidency.

The Justice Minister wrote on Twitter that while parliament approves the treaties that the executive branch puts into effect, the executive also has the authority to withdraw from them.

Lawmakers from Turkey’s main opposition party said they will not recognize the decree and called it another “coup” in parliament, which had unanimously accepted the treaty, and a usurpation of the rights of 42 million women.