Turkey, United States “on the same wave”, to talk again this week – Erdogan 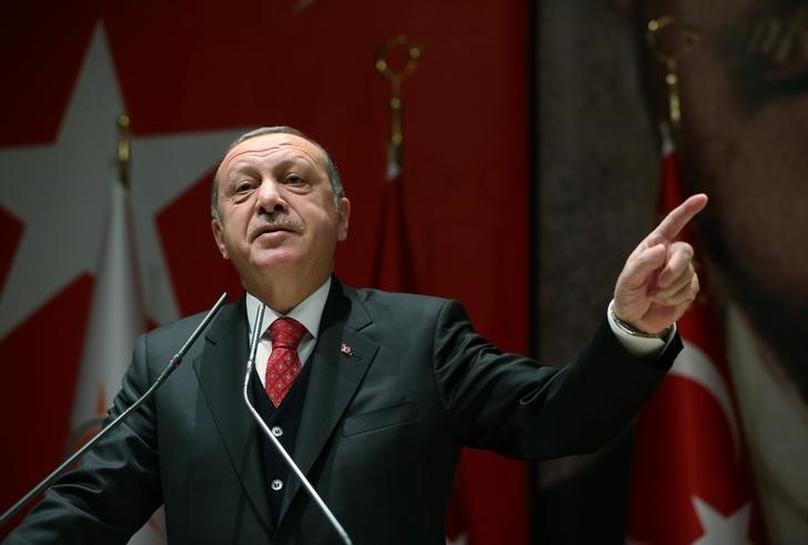 ANKARA (Reuters) – Turkish President Tayyip Erdogan said on Tuesday that his talks with US President Donald Trump last week were the first time in a long time that the two NATO allies were "on the same wavelength" "and that they would speak against this week.

Diplomatic relations between Ankara and Washington have been strained by several disagreements, particularly over US support for Syria's Kurdish YPG militia, which Ankara considers a terrorist group.

"The phone call we had with Trump on Friday was the first in a long time in which we got the same wavelength," Erdogan said in a speech to the deputies of his ruling AK party in parliament.

He said that discussions would continue in the coming days on the problems of the YPG, the cooperation of the defense industry and the fight against the network of a US cleric whom Ankara accuses of orchestrating the failed coup last year in Turkey.

According to the Turkish Foreign Minister, Trump told Erdogan on Friday that he had issued instructions that weapons should not be surrendered to the Syrian Kurd YPG.

However, the Pentagon said on Monday it was reviewing arms "adjustments" for Syrian Kurdish forces, but failed to stop arms transfers, suggesting that such decisions would be based on battlefield requirements.

Talking to reporters in parliament after his speech, Erdogan said the Pentagon declaration will be discussed at the meeting of the Turkish National Security Council (MGK) later on Tuesday.

He also said that Trump indicated that another call could happen this week.

The YPG heads the Syrian Democratic Forces (SDF), an alliance of Kurdish and Arab militias fighting the Islamic State with the help of a US-led coalition. UU

Turkey regards the YPG as an extension of the outlawed Kurdistan Workers' Party (PKK), which has fought a decades-old insurgency in Turkey and is designated a terrorist group by Ankara, the United States and the European Union.