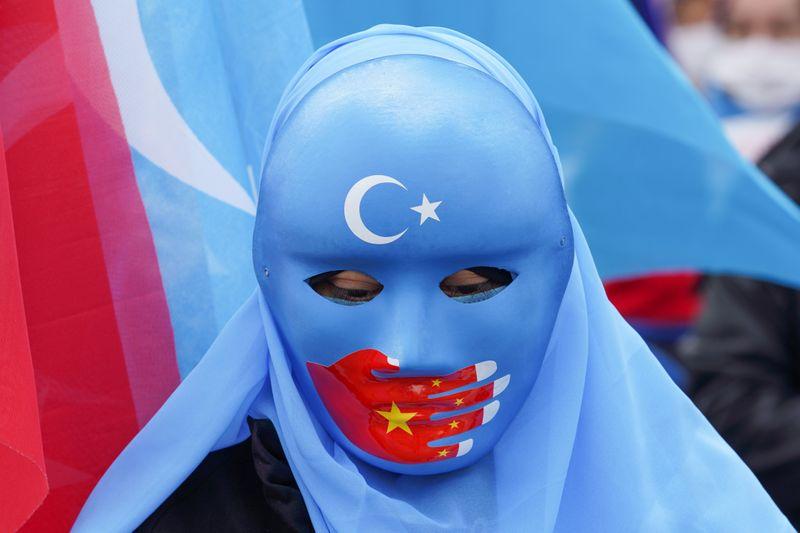 ANKARA (Reuters) – Turkey called China’s ambassador on Tuesday after his embassy said he had a “right to respond” to opposition leaders who criticized China’s treatment of Uighur Muslims three decades ago.

Politicians, IYI Party leader Meral Aksener and Ankara Mayor Mansur Yavas of the main opposition CHP, had marked what they called the 31st anniversary of a brief uprising by Uighurs against the government in far west China. .

Aksener said on Twitter that “we will not be silent about his persecution” and his martyrdom. Yavas said that “we still feel the pain of the massacre” in 1990.

Ambassador Liu Shaobin was summoned to the ministry after his embassy tweeted a statement in response.

Many of the 40,000 Uighurs in Turkey have criticized the government’s approach to Beijing after China passed an extradition treaty in December that they fear could lead them back to China to face vague charges they deny.

UN experts estimate that at least one million Uyghurs and other Muslims are being held in detention centers in Xinjiang, northwest China. The United States said in January that China had committed “genocide and crimes against humanity” by cracking down on Uighurs.

Aksener and Yavas are seen as potential rivals of President Tayyip Erdogan in the elections scheduled for 2023.