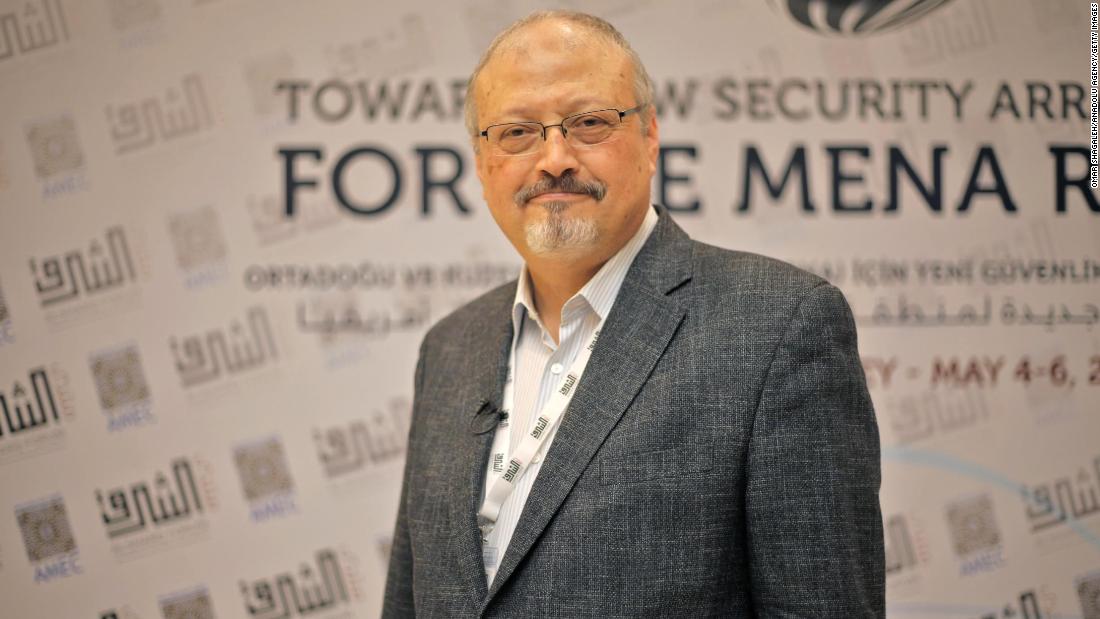 The suspects named in the Turkish indictment are being tried in absentia. They include Ahmed al-Assiri, a former deputy chief of general intelligence for Saudi Arabia, and Saud al-Qahtani, a former adviser to the Crown Prince of Saudi Arabia. Both men are accused of “instigating premeditated tortuous killings with monstrous intent.” The remaining 18 defendants are being charged with “premeditated tortuous murder with monstrous intent.”

Ankara has repeatedly called for the suspects to be extradited and tried in Turkey, where the crime took place. Riyadh has not complied with the request.

The indictment presents in detail the events leading up to the afternoon of October 2, 2018, when Khashoggi entered the Saudi consulate in a busy business district in Istanbul to collect papers that would have allowed him to marry his Turkish fiancé Hatice Cengiz.

The Turkish prosecution describes a conspiracy between the accused. It includes CCTV footage of the suspects’ movement, 15 of whom flew to Turkey from Saudi Arabia prior to the murder, as well as testimony from eyewitnesses of Turkish consulate workers who were given free time on the day of the murder.

The trial has brought new hope for Cengiz, who says he will not stop seeking justice for his murdered fiancé.

“I will continue to seek all legal avenues to hold Jamal’s killers accountable and will not rest until we obtain Justice for Jamal,” he said in a written statement to CNN. “Jamal’s killers and those who ordered his murder have so far evaded justice. I hope this criminal case in Turkey will bring to light the whereabouts of Jamal’s body, the evidence against the killers, and the evidence of those behind the horrible murder. “

The Saudi government has presented changing stories about Khashoggi’s fate in the months after his death. Initially, Saudi officials denied knowing the journalist’s whereabouts, then went on to argue that a group of rogue operators carried out the murder without the participation of Crown Prince Mohammed bin Salman. Turkish authorities have said that Riyadh has not cooperated in its investigation.
However, US officials have said that such a mission, including the 15-man squadron dispatched from Riyadh, could not have been carried out without bin Salman’s authorization, and the CIA concluded that the Crown Prince had ordered the murder. Saudi authorities have vehemently denied the allegations.

In December 2019, 11 unidentified suspects were brought to trial in Saudi Arabia, but the proceedings were opaque and the identities of the accused were not made public. Eight people were convicted of charges related to Khashoggi’s death, five of which were sentenced to death. Later they were pardoned by one of Khashoggi’s sons, sparing them the death penalty in accordance with Saudi legal custom.

Al-Qahtani and al-Assiri were authorized by the Saudi authorities. Both men, part of the Crown Prince’s inner circle, were relieved of their duties immediately after Khashoggi’s murder.

In a report last year, the United Nations special rapporteur, Agnes Callamard, concluded that Saudi Arabia was responsible under international law for the “deliberate and deliberate execution” of Khashoggi, and called for an investigation into the role of the Crown Prince, saying it was “credible”. evidence that warrants further investigation. “

Callamard attends the trial in Istanbul to support Cengiz “and others who will relive traumatic events as the trial begins.”

CNN has reached out to the Saudi government to comment on the Istanbul trial.