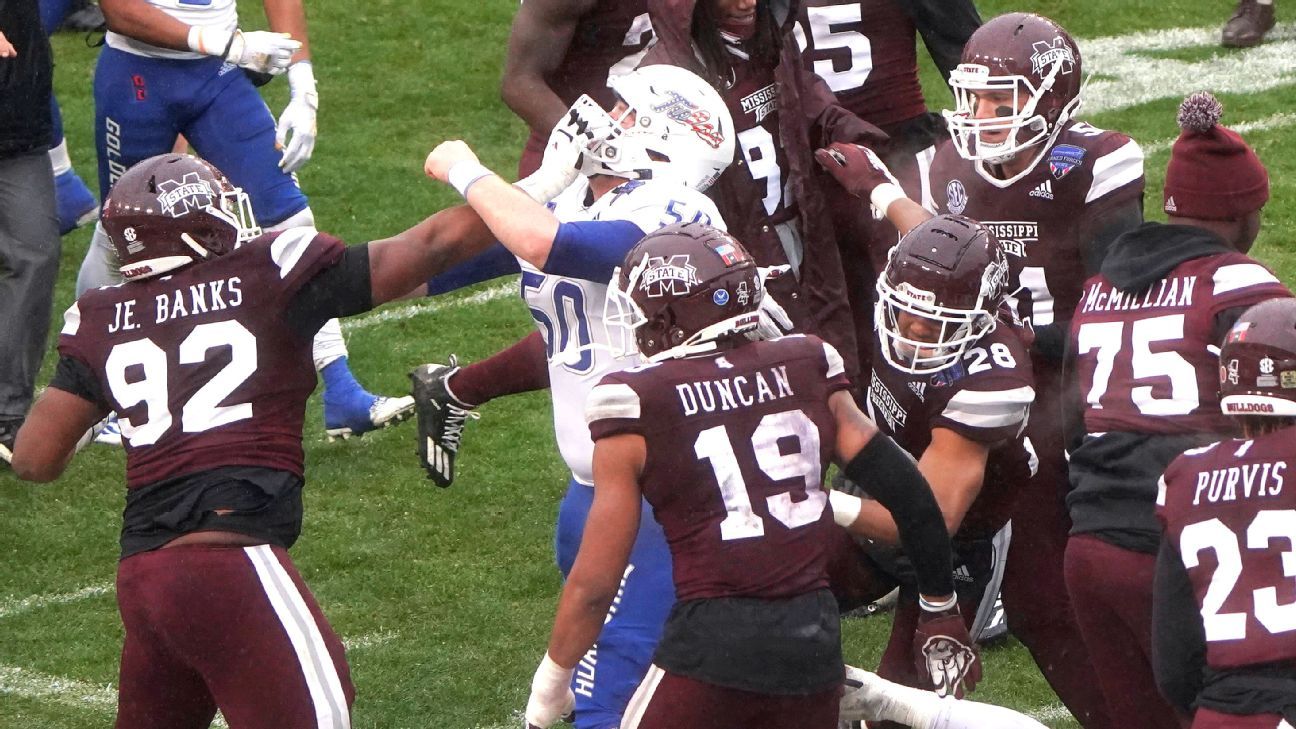 A huge stir ensued in the moments following the Armed Forces Bowl on Thursday, with Mississippi State’s 28-26 win against Tulsa in Fort Worth, Texas.

It is unclear what sparked the fight, including kicking and punching, and several members of both teams. Did the postgame start with some shoing near midfield during the handshake and fall down the sideline.

Mississippi state coach Mike Leach said, “It’s dumb. It has a dumb root, even if it’s a root. Its root is dumb and it’s dumb.” “I will have a solidly dumb category. Now where the dumb has started, I’m not entirely sure.”

“One thing I would say is our program, our people, we are a team that is going to stand up for each other and we are going to fight,” Montgomery said. “We talked about faith, family, football and going to take care of the family. We are a team that has batted all year long. We have batted again today and this approach has made our people play each other. Keep protecting. And go from there. “

Leach said a group of Tulsia players circled around Mississippi State’s pre-game warm-up and “were talking,” but did not speculate further about what things might lead to it.

Mississippi State coach Mike Leach says he is not losing his mind over the Bulldogs’ postgame feud and says his team has not had any such problems during the season.

“Leach said,” I have never seen a film like this or anything that would allow us to completely curb this thing in any way.

After the pregame incident, the game was short. The teams combined for 18 penalties.

“The University of Tulsa is reviewing the conduct that followed today’s bowl game,” the school said in a statement. “We take this incident very seriously and will respond appropriately after the review is completed.”

Tulsa safety Kendarin Ray saw the area being watched as things calmed down.

“I think they probably have some version of a concert and we’ll leave it there,” Montgomery said.