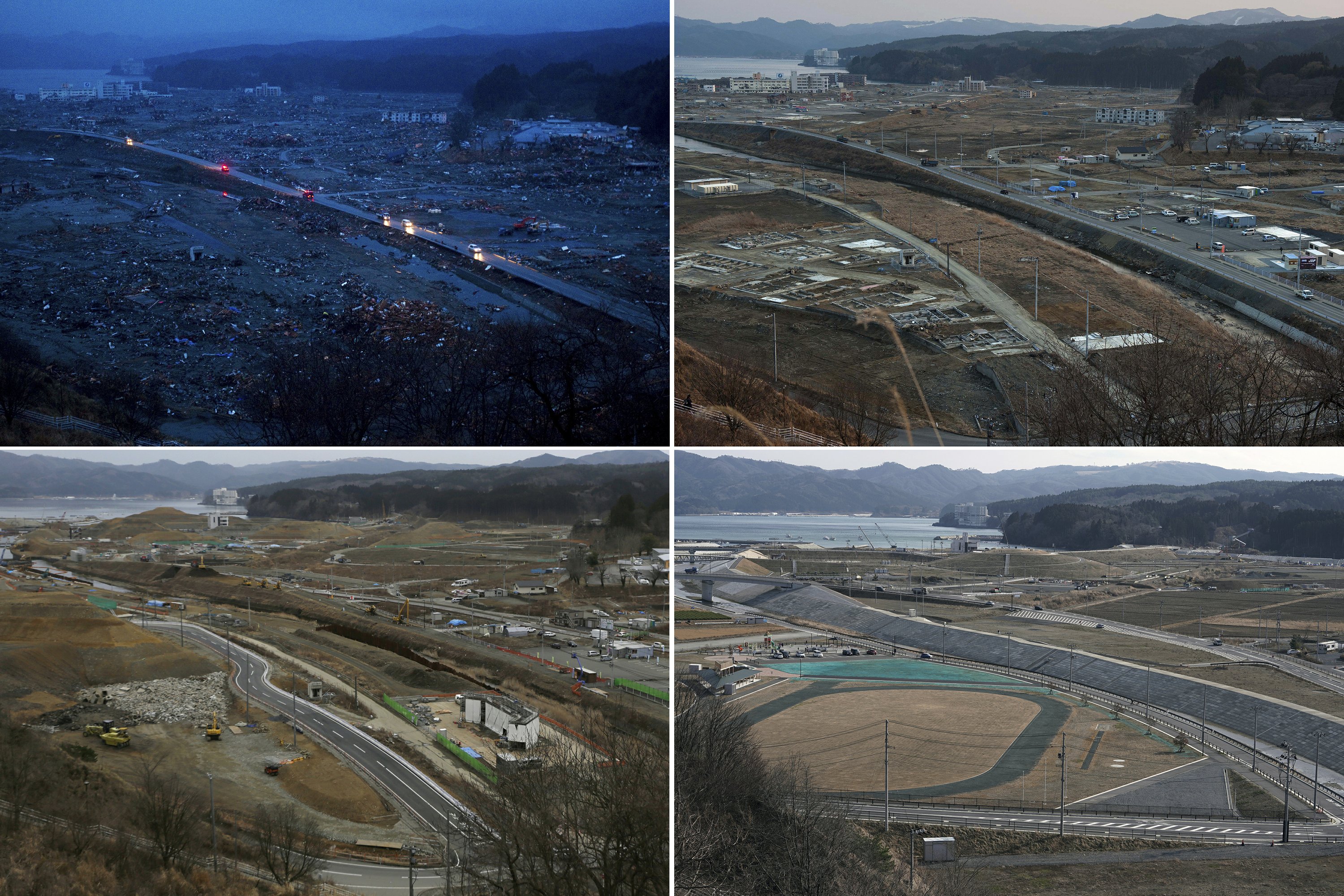 TOKYO (AP) – Images still have the power to shock.

Stunned survivors walk underneath huge tanker trucks dumped amid a sprawling expanse of debris and twisted iron that was once a crowded city center, ships flipped over on their sides like children’s toys. Grieving survivors rummage through the flattened rubble where their homes used to be. The abandoned farms lie in the shadow of the Fukushima nuclear plant, where a catastrophic meltdown is still echoing.

These dazzling images were captured by The Associated Press in 2011 after a massive wall of water washed away part of Japan’s northeast coast, washing away cars, houses, office buildings and thousands of people.

Ten years later, AP journalists have returned to document the communities that were ripped apart by what is simply known here as the Great East Japan Earthquake. The need to rebuild in a land that has been ravaged by millennia of disasters – volcanic eruptions, tsunamis, earthquakes, war, and famine – is powerful, and there are areas where there is little to no trace of the devastation of 2011.

But this triple disaster in Japan’s Tohoku region – earthquake, tsunami and nuclear collapse – has been unlike any Japan has faced before, and the challenges of getting back to normal a decade ago have been immense. Half a million were forced to leave their homes; Tens of thousands have not returned, emptying cities that were already struggling to keep their youth from leaving for Tokyo and other megacities. Radiation fears persist. Government incompetence, petty disputes, and bureaucratic squabbles have delayed construction efforts.

Despite setbacks and uneven progress, Tohoku 2021 is a testament to a collective willpower – national, local, and personal. However, look closely and you will see that even the most impressive transformations carry the residue of what happened in 2011, the scars of that deep wound in the psyche of the region.

These AP images, then and now, pose a fundamental question: How do you mark change after great trauma?

In some ways, it is the simplest thing in the world to describe. The removal of tons of debris here, the absence of downed tanker trucks there. The roads repaved where there used to be piles of cracked and bent asphalt. The gleaming new buildings now towering above the patches of dirt that had been cleared.

But the harshness of this physical change also carries the idea of ​​something much less clear, something about the people who live in these places. His resistance, his stoicism, his pain and anger, and his stubborn refusal to submit to forces beyond his control, whether natural or bureaucratic.

All of that, and more, is present in these powerful before and after scenes, then and now.

The images tell the story of the great change and the people who made it possible.