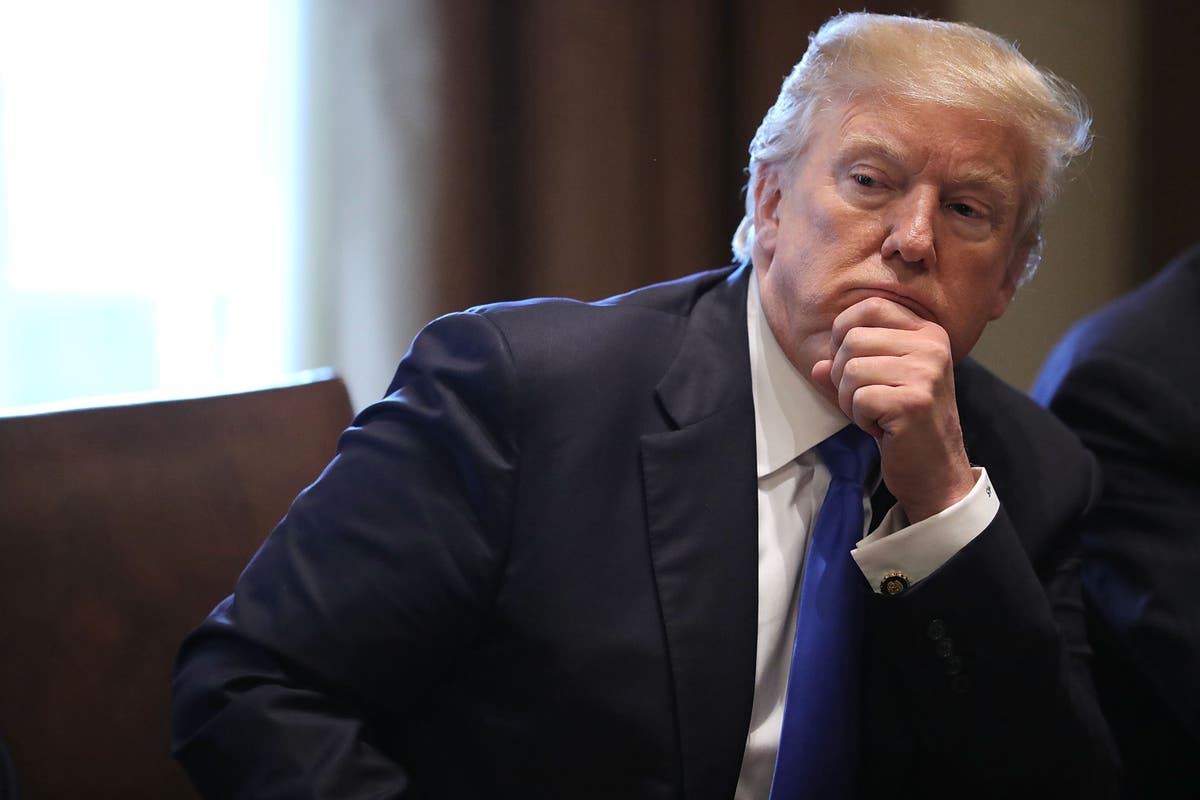 Donald Trump’s chances of being the Republican presidential candidate again in 2024 are very slim due to the “baggage” he accumulated during his presidency, according to a political expert who correctly predicted his victory in 2016.

The claim comes from Allan Lichtman, a political historian at the American University who accurately scored the outcome of seven of the eight American elections in the past 30 years.

“He has over $ 400 million in overdue loans. His brand is failing. His businesses are failing. He has a huge IRS audit. He is no longer in office. He has lost his Twitter,” Lichtman told Miami Herald Newspaper.

“That’s a lot of baggage for someone to run for president.”

Lichtman, a celebrated political analyst and historian, has made predictions for every election since 1984. The only outcome he was wrong was in 2000, when his forecast of an Al Gore victory was narrowly inaccurate.

Mr. Lichtman says his predictions are based on a series of “13 keys,” or questions he uses to analyze whether a candidate will win a presidential election, which he revealed in detail in his recent book, Predicting the Next President.

In addition to being one of the few analysts to predict Trump’s victory in 2016, he also correctly predicted that the Republican would lose in 2020.

Speaking about what could happen in 2024, Lichtman said that even if Trump continues to attack Democrats and remains in politics, his resources will be “greatly diminished” by the time of the next election.

He added that while it is still early, Joe Biden has started his presidency “incredibly well”, passing executive orders and bills on voting rights, climate change and coronavirus relief. Biden has an approval rating of more than 50 percent, he said, something Trump never achieved during his presidency.

On the Democratic side, Lichtman called Vice President Kamala Harris an “obvious choice” but added: “I would not rule out Biden.”

Speaking ahead of the 2020 election, Lichtman said his model predicted a Biden victory and explained the logic behind it.

“In 2016, Trump was the challenger. I calculated exactly six keys turned against the ruling party, the Democrats, ”he told US News in October. “I said this was going to be a switch election, any generic Republican would beat any generic Democrat.”

Lichtman said that despite holding the lead until 2019, everything changed for Trump in 2020 “with the pandemic and the cries for social and racial justice.”