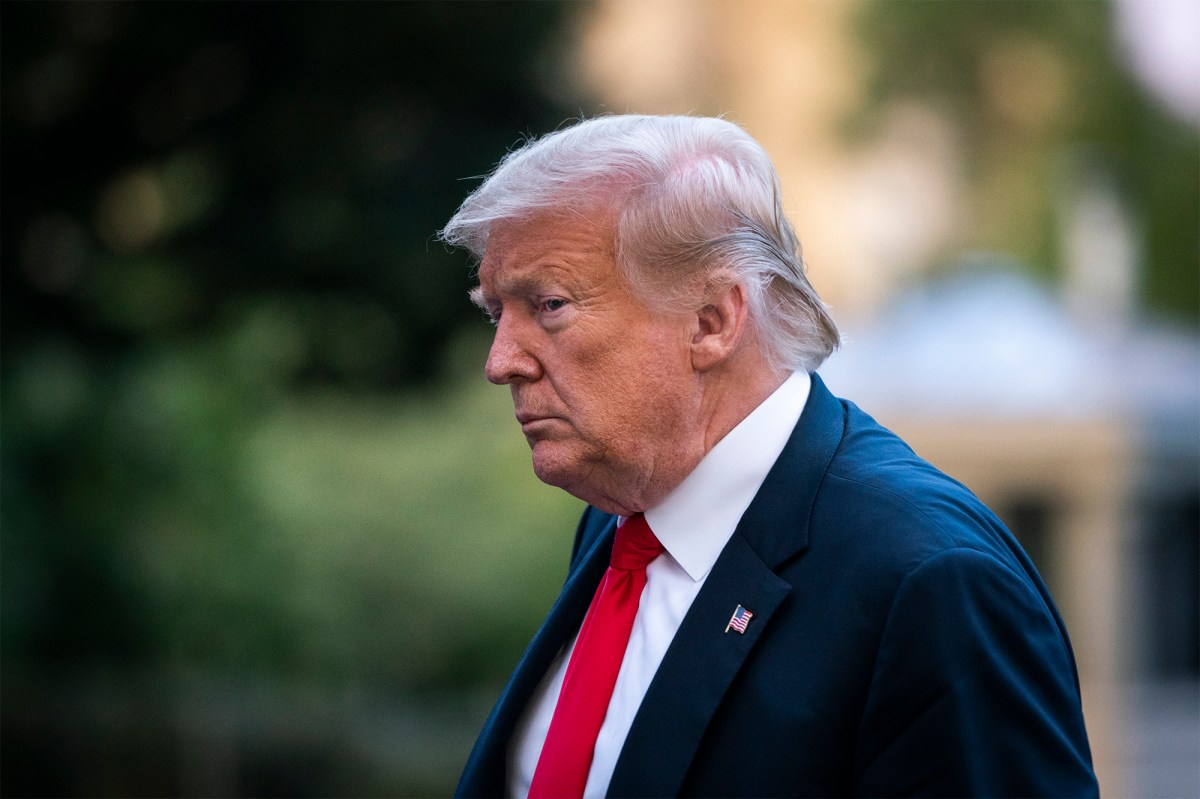 WASHINGTON – President Trump gave “Televisit” his first camera interview after being hospitalized with coronovirus on Fox News on Friday evening, and he acknowledged how the president of the United Nations should feel. ”

The commander-in-chief is a Fox News contributor, Dr. During a “medical test” with Mark Siegel was pressed on his experience with the virus.

“What were your two most prominent symptoms?” Seagal asked the president.

“I didn’t feel strong, didn’t really feel strong. I have no problem with breathing, which many people have, I don’t have a problem with that,” Trump said at Walter Reed National Military Medical Center Said to be hospitalized.

This was the President’s first television interview since COVID-19 was diagnosed exactly one week earlier.

Trump first spoke in intimate detail about his four-day stay at Walter Reid and described having a “sore throat” and feeling tired. He attributed his speedy recovery to the action.

The commander-in-chief said he was no longer taking any drugs after treatment with experimental cocktails of drugs such as Regeneron that are not yet approved for widespread use, but vowed to make them available to the American people.

Seagal pressed the president on a scan of his lungs performed by doctors – the results of which were never released.

“Initially it was somewhat crowded, but eventually it tested well and it got better with each day,” he went on, without going into further detail.

On Thursday evening, White House physician Dr. Sean Conley said that the president finished his treatment and approved him to return to his public duties.

The commander-in-chief, eager to get back on the campaign trail, has since announced a “law and order” speech in front of a crowd on the White House South Lawn and rallied a retreat in Florida.

Siegel, 64, is an associate professor of medicine at NYU Langone Medical Center and does not treat the president in his coronaval Ordell.

The doctor, who is a medical contributor to Fox News, was also criticized in March for his remarks on the epidemic after claiming that “in fact it is more problematic or fatal than influenza.”

Siegel also called the World Health Organization – the United Nations condemned for failing to put a stop to the plague’s origins in Wuhan, China – a bunch of “alarmists” and “saber rattlers”.

Seagal asked Trump how he felt he contracted the virus a week after traveling around the country. Earlier on Friday, the head of the government’s Coronavirus Task Force, Drs. Anthony Fauci called Amy Connie Barrett’s confirmation of Rose Garden as a “super spreader event” as Trump’s Supreme Court nominee.

He said, ‘Some big events took place at the White House. I’m not sure, “the president said.